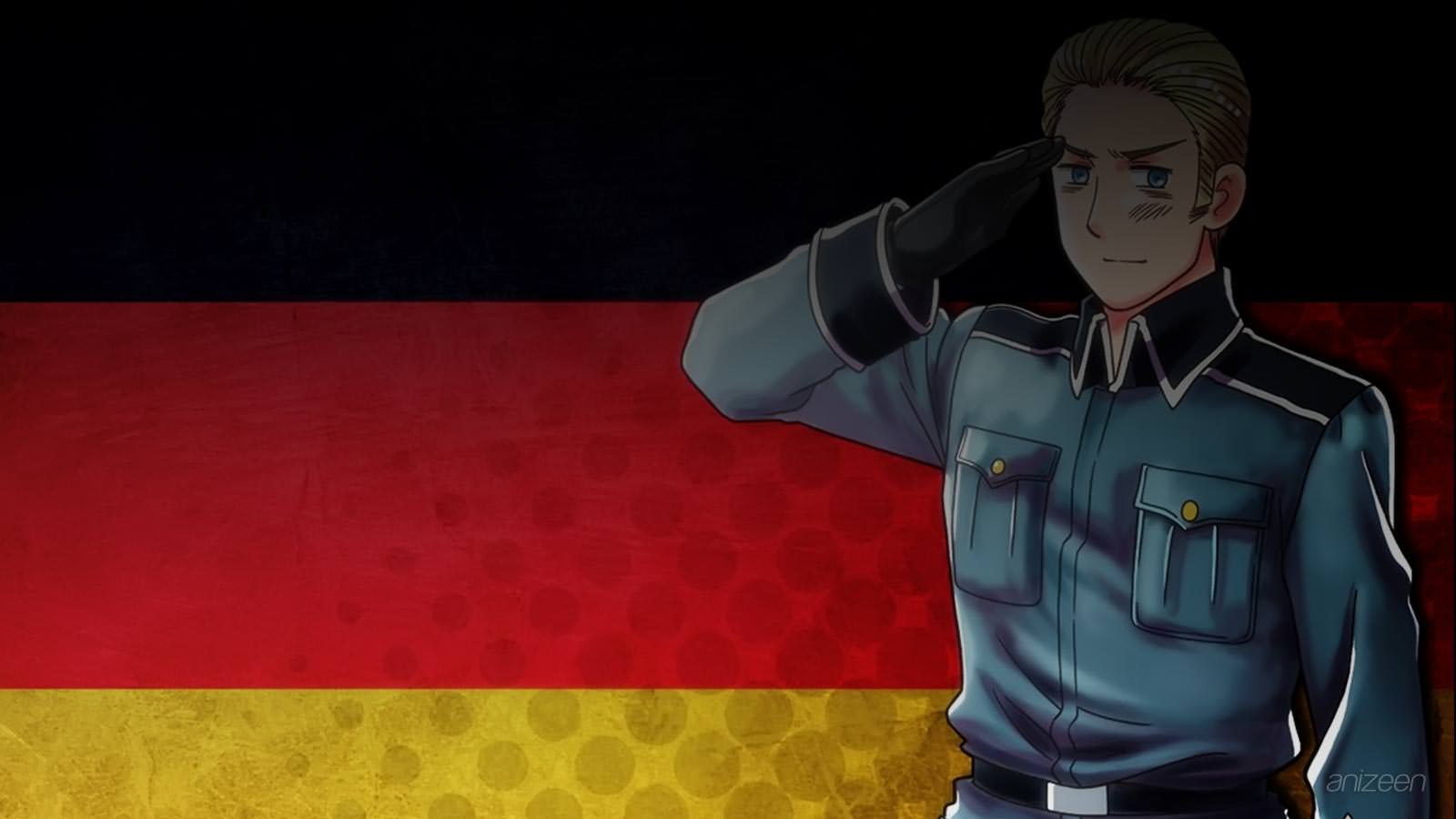 Various characters, mainly boys, provide stereotypical representations of various nations during the first half of the 20th Century. So, there is no surprise to find that the German character is very aggressive, the American is conciliatory, the Japanese is very suspicious, and the Italian loves pasta.

This is a strange anime, with all sorts of anachronisms and a blender approach to history. The biggest downside to the series is that it is only around five minutes long. But, on the other hand, that might be also an advantage in the long run, because one never knows how well the gags would hold out in a regular show.

Another downside is that currently there are only web-broadcasts and cell phone broadcasts available after the Japanese “Kids Station” pulled the TV broadcast due to protests from Koreans about the portrayal of the character from Korea. So the video quality of what is currently out there isn’t very good.

In the end, I guess some might find it very dull and other might be able to laugh about the way history has portrayed some cultures and countries.

Northern Italy is a bright and energetic nation that progressed from being the kin of The Roman Empire, widely recognized as the strongest nation in the world, to being clumsy and irresponsible. Personified as being carefree, cowardly and lackadaisical (noted by his collection of white flags he uses to surrender), he often depends on Germany to resolve issues. Nods to Italian culture include his artistry and recurrent portrayal of pasta and pizza.

Germany is a hard worker and a lover of rules. He sticks to them rigidly and trains his troops to do the same. Despite this, he has formed a close relationship with the carefree Northern Italy. He notes at one point that he has a crazy boss.

Japan is hard-working, serious, skilled with his hands, and needs time to adjust to other people. He is inexperienced in the outside world, but does his best to learn all he can. Generally quiet, he sometimes seems to have the attitude of an old man.

America was raised by England and having fought for his independence, America became a country of pioneers. He is an energetic country who loves sticking his nose into other people’s business. He sees everything in a positive light, is quick to take action, and he always has his own idea of doing things. He also has immense physical strength and courage, although he has a crippling fear of ghosts, particularly when they are vague blobs of light in pictures.

United Kingdom is a nation that was once a pirate and tormented Spain, the United Kingdom is a gentleman who is known for having terrible cooking skills, a foul mouth, and huge eyebrows. He does not get along well with France or Russia, and can sometimes be cynical, particularly towards his somewhat estranged sibling America.

France was once a large nation, but after Napoleon Bonaparte had died, he was no longer good in war and instead attracted tourists to his country with his wine. He has an intense rivalry with England, and loves to argue with him over trivial topics. France is infatuated with most of the nations, often touching them inappropriately.

China is one of the oldest nations and is regarded as the eldest brother among the East Asian nations. He is extremely superstitious and religious. He has certain tastes for things and gets irritated if a food has a certain pattern of tastes. He is also a big fan of Hello Kitty and tends to end his sentences with the Japanese suffix -aru.

Russia is the tallest of all the nations. He adores vodka and sunflowers. His primary hate is “General Winter”, despite using the cold to his advantage in war. Russia has a kind and gentle face, but has mentally cracked from the strain of his bloody history. The other nations are mortified by him, particularly Lithuania, whom he loves to both physically and emotionally abuse. Thanks to: D. Baranyi

Hetalia Axis Powers
(ヘタリア Axis Powers)
Is a manga and anime series by Hidekaz Himaruya placed in a World War-era setting in which the countries are represented by anthropomorphic characters. Hetalia is a made-up word combining hetare, Japanese for useless, and Italia. This is to make light of Italy’s apparent cowardice during World War II. Himaruya originally created Hetalia as an online webcomic, and so far two tankoubon have been published by Gentosha Comics, the first on March 28, 2008 and the second on December 10, 2008. The series was later adapted into drama CDs. A 26-episode anime adaptation of Hetalia Axis Powers was announced on July 24, 2008. It is directed by Bob Shirohata and will be animated by Studio Deen. It was originally scheduled for broadcast on Kids Station on January 24, 2009 but was later canceled.
OP
N/A
ED
1. “Marukaite Chikyuu” ~ Daisuke Namikawa
WEB