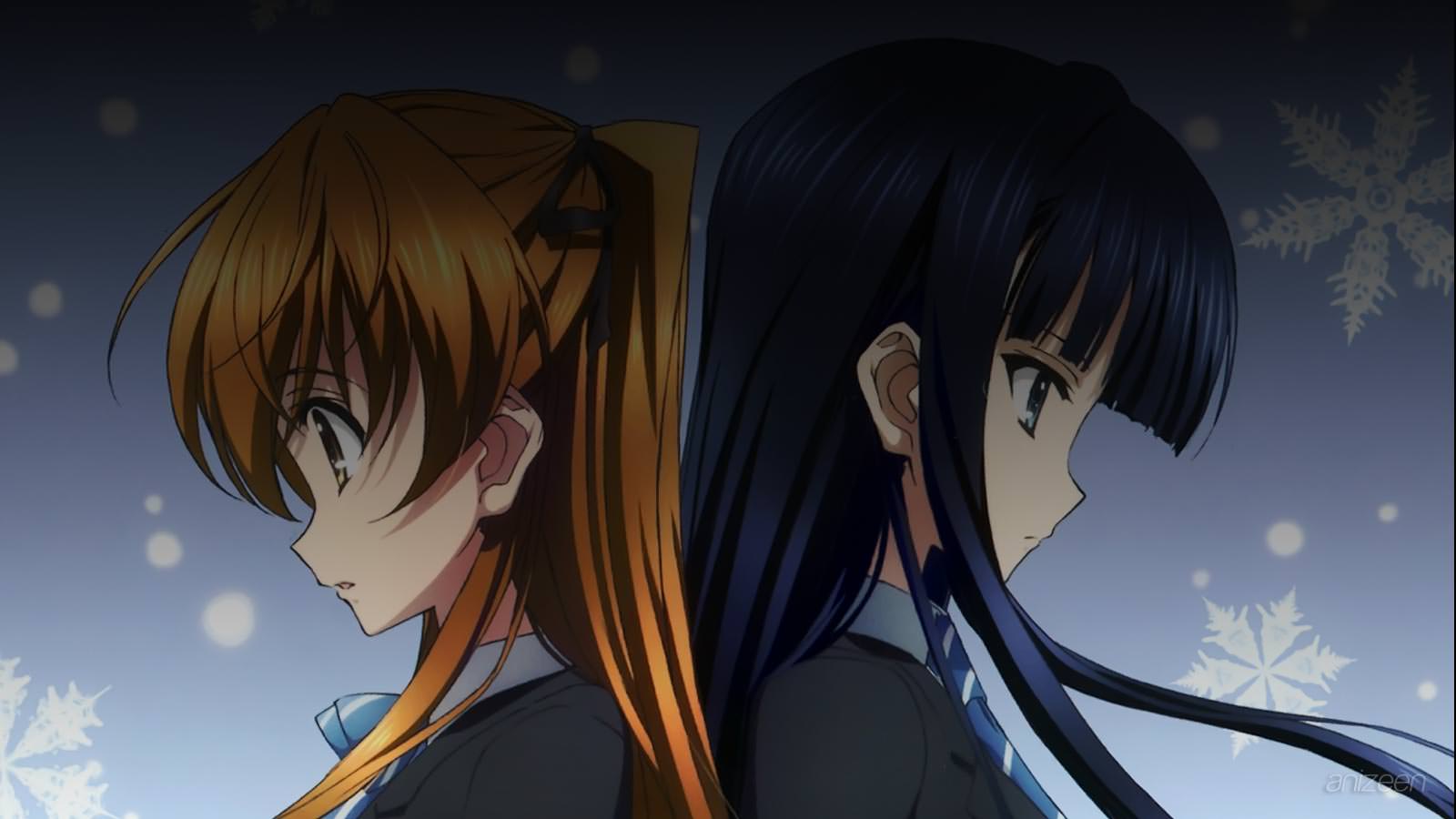 This romantic drama follows Touya who is trying to work his way through college as best he can. Distracting him however is his girlfriend Yuki who has started a new career as a singing idol leaving little time for their relationship.

Constantly watching her career unfold on television, Touya continues to fight to keep his relationship with Yuki alive. But she is slowly moving into a new world of her own filled with interviews, other singers wanting to sabotage her and an established idol taking her under her wing named Rina.

Yuki is enjoying her start in the entertainment business and finds ways to make the best of it, despite obstacles such as jealous rivals.

Rina is a popular idol, but she doesn’t have a boyfriend, though she seems to be experienced in flirting with men. Perhaps most guys are too intimated to even get close to her? Or perhaps she was too busy in showbiz to even think of guys, or what kind of guys she like.

Instead of bothering looking for that perfect guy, she grabs the nearest boytoy right around the corner, at this particular moment, you might know who will be her next target.

Touya Fujii is a twenty year-old university student in his second year attending the Yuunagi University. He has a timid, yet vulgar personality, and is often unorganized. He often laments the amount of time he has to spend with Yuki.

Yuki Morikawa is an idol singer rising in popularity, and is affiliated with the Ogata Productions. She has a warm and kindhearted personality, and is in her second year attending university with Touya, with whom she attended high school together.

Rina Ogata is a popular idol singer under the same management agency as Yuki. Rina is elegant and intelligent, and maintains a mutual friendship with Yuki. She is often occupied with work, and becomes attracted to Touya to compensate her loneliness.

Misaki Sawakura is a gentle and caring third year university student. She holds an affection towards reading and cooking, and like Yuki, she has attended high school with Touya prior to commuting to university.

Haruka Kawashima is Touya’s childhood friend since kindergarten, and is in her second year attending university. Haruka is often very quiet and rarely remarks on her surroundings. She is athletic and generally prefer leisure sports such as taking walks, and has once participated in tennis prior to her brother’s death.

Mana Mizuki is a high school student tutored by Touya. Mana has an aggressive personality. She is antisocial and dislikes interacting with others, to the extent where she at times skips school or refuses Touya’s tutoring sessions.

White Album
(ホワイトアルバム)
Is a Japanese adult visual novel developed by Leaf, and was originally released on May 1, 1998 for the PC as a CD-ROM. White Album has received several transitions to other media. A manga adaptation illustrated by Japanese illustrator Chako Abeno began serialization in the shounen magazine Dengeki Daioh in August 2008. It was followed by an anime adaptation produced by Seven Arcs, which began broadcast in Japan on January 3, 2009.
OP
1. “Shinai” ~ Nana Mizuki
ED
1. “Maiochiru Yuki no Youni” ~ Suara
WEB