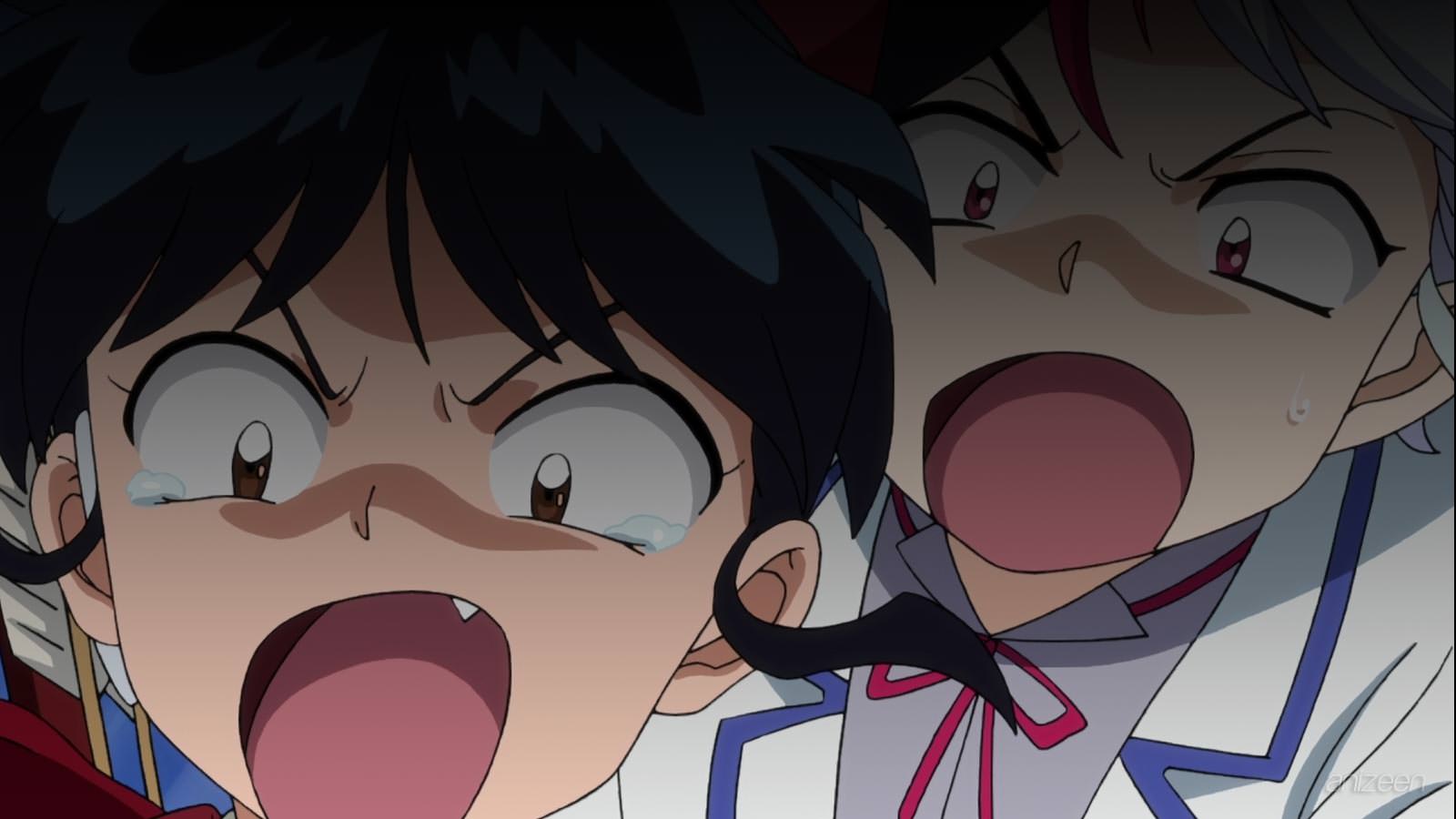 There is a story, which tells of a woman and a man half demon, who traveled throughout the region fighting and purifying evil demons.

From that point on, the history was not the same, and these days, those characters keep growing together. For now, we see Towa receive a sermon from the assistant of a rich feudal, who has found some objects that apparently belonged to Kagome.

The young woman is calm, despite being tied, and warns them that her companions will arrive at any moment looking for her.

Meanwhile, she listens carefully to the story that Kagome and Inuyasha inspired, how she came to this age and that that well of destiny has been sealed for several years.

After defeating Naraku, Kagome has returned to the feudal era, and remains by Inuyasha’s side. We see that Sango has formed a family alongside Miroku, and even he has become a recognized and reliable priest.

And it is precisely on one of his excursions that he, accompanied by Inuyasha, discover that a demon has been released. As a coincidence, that monster was sealed by Kikyo decades ago, and therefore continues to search for the pearl that the priestess had in her possession.

In her search, it runs into Inuyasha and Miroku, but they are unable to eliminate it. Upon returning to the village, they immediately look for Kaede, who recognizes that the arrow was from her sister. The demon mistakes Kagome for Kikyo and attacks her.

In the end, the demon is purified, weak, it occupies the body of a bird, and disappears. Back in the present, Setsuna, Towa’s twin sister, and Moroha, Kagome and Inuyasha’s daughter make their appearance, and unmask the demon behind Towa’s arrest.

The central story is yet to be revealed, but we know that the twins are searching for something very important.

Hanyou no Yashahime: Sengoku Otogizoushi
(半妖の夜叉姫 -戦国御伽草子-)
An anime series produced by Sunrise, it is a sequel to the Inuyasha anime series, based on the original manga series written and illustrated by Rumiko Takahashi. It premiered on October 3, 2020.
OP
S1. “New Era” ~ SixTONES
ED
S1. “Break” ~ Uru
WEB