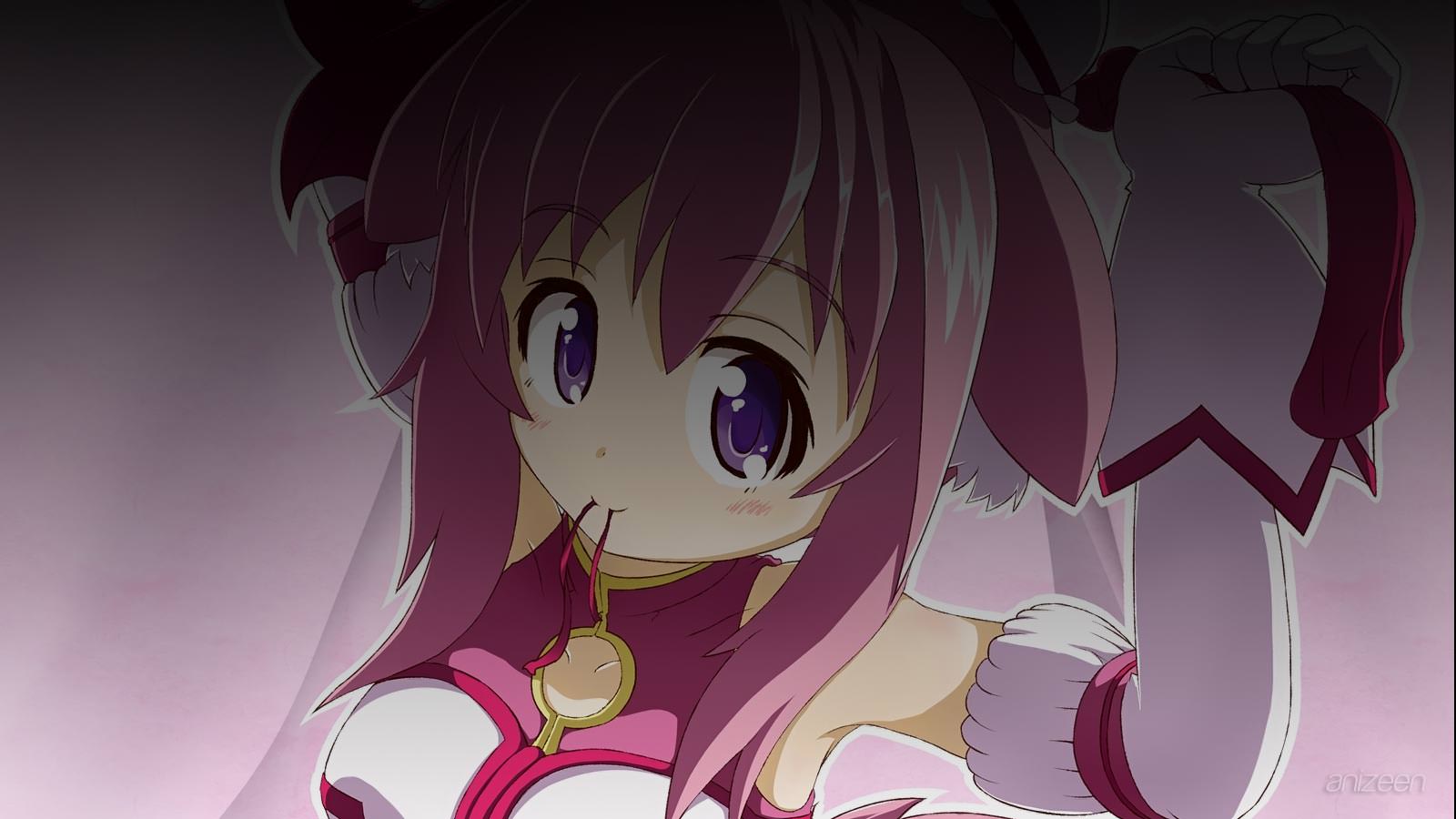 Shinku Izumi is a cheerful and athletic boy who studies at Kinokawa International School in Japan, and has a normal life everyday until he suddenly got summoned to an alternate world called Flonyard.

The people there look no different from humans, except for one thing; they have animal ears and tails. The one who summoned him is Millhiore, the dog-like Princess of the Biscotti Republic, who requested his assistance in their war against the forces of the feline-like Galette Lion Army.

After responding to Milihore’s plea, he receives a sacred weapon, the Palladion, and is appointed as a Hero to fight for Biscotti in a war that unlike the ones in Earth, is waged with special rules and no casualities, in a fashion similar to a sports competition with the purpose to attract funds for the Kingdoms involved, where the winner faction claims a larger sum than the losing side. After winning his first battle for Biscotti, Shinku learns that when a hero is summoned into Flonyard he becomes unable to return to his homeworld, a fact that Milihore also was unaware of.

The scientists of Biscotti promise to Shinku to find a way for him to return home in 16 days, the remaining time until his meeting with his friend Rebecca Anderson whom he promised to spend the last three days of his Spring Break with. Until then, he decides to keep serving Milihore as Biscotti’s hero.

Shinku Izumi is a 13-year-old half-Japanese, half-British Earthling from Cornwall. He is summoned to the alternate world of Flonyard, the Kingdom of the Biscotti Republic as Princess Millhiore’s “Warrior”. He has a cheerful and straightforward personality, always going at his own pace. Athletic and acrobatic, he loves sports as well. He was a first-year middle school student in Japan’s Kinokawa International School prior to the summon.

Millhiore Firianno Biscotti, affectionately nicknamed “Millhi”, is the 14-year-old Princess of Biscotti Republic with a gentle and hardworking personality. As the representative leader of the nation, she is loved by everyone in the nation. She is also a singer at the same time, holding events and concerts and appearing in person in front of everyone despite her status.

Eclair Martinozzi is a 14-year-old female Knight of Biscotti as well as the captain of the Imperial Guards unit directly under Millhiore’s command. She has been training as a knight since childhood, and is proficient in dual-sword wielding. She bears great admiration towards Millhiore and holds her with utmost respect. She is always troubled by Shinku’s “ignorance of the ways of the world”, and has a very serious attitude, albeit stubborn.

Ricotta Elmar is the Chief Researcher of the National Research School of Biscotti despite being the same age as Shinku. She is an extremely intelligent individual who is friendly at the same time, but her curiosity tends to get the better of her in various situations. She has a lot of friends in the Knights of Biscotti. She is working hard to solve Shinku’s “problem”, and is always intrigued by machinery that she does not know about and wants to analyze them.