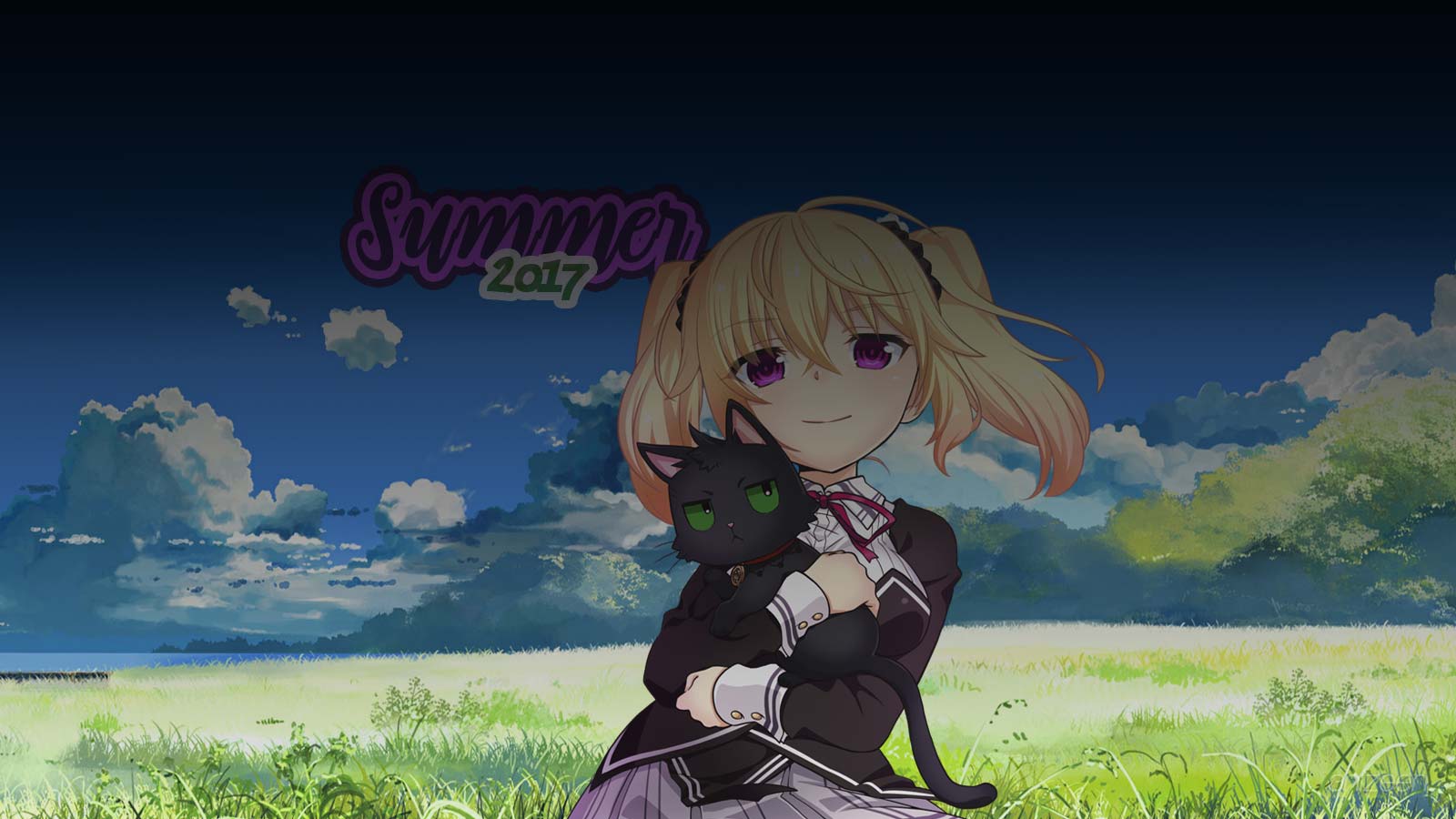 Year after year we have something to say about climate change, no matter if you believe it or not, something is different, and this year it has been hot. And we expect the Summer Anime Season 2017 to be just like that.

In Jikan no Shihaisha, we find a strange kind of men, used to fight time-eating demons. Creatures the appear when people wish they could turn back time. They are also known as Chronos Rulers, and are meant to fight a time-manipulation battle against these demons.

In a complete different setting, we find the sons and daughters of the wealthiest. In Kakegurui, such teenagers are enrolled in the Hyakkaou Private Academy, where they must prove they belong to the elite. To do it, they must prevail using their abilities, but the tasks are a constant gamble.

Meanwhile in Nora to Oujo to Noraneko Heart, we meet Nora, a high school student who lives with his mother and step-sister. One day he meets Patricia, who claims to be a Princess, but not your regular kind of Princess, she claims to come from the underworld, looking to destroy life as we know it. But as soon as she touches a person, she faints, and then Nora appears nursing her. In a deep reflexing moment, Patricia and Nora accidentally kiss, and this act turns Nora into a black cat.

Next, we have a well know story in a new stage, in Fate/Apocrypha, we will witness the Holy Grail War in another set of time. In this case, mages and heroic spirits will be in a town called Fuyuki. We are in total chaos thanks to World War II, and a mage will take advantage of it to steal the Holy Grial. An all-out war is coming.

And now that we refer to war, you might want to pick a team with a big mecha, no? In Knight`s & Magic, a diehard otaku dies in a car accident and his soul is sent to a different world. To his surprise, he inherits his memories and interests of his previous life. Now, he just found there is a huge mecha known as Silhouette Knight, and he has to become its pilot at all cost.

Back in our time, we find Aoyama, a soccer player with personality. In Keppeki Danshi! Aoyama-kun, our hero is a genius and is meant to lead the Japan’s national team in the future. Unfortunately for the team, all his talent might be wasted because of his “clean” habits. He hates dirt, never tackles and he will never hit the ball with his head. Red flag!

And if you need a different kind of love story, in Koi to Uso, we find a distant world in the future. In this time, you are not allowed to fall in love, the government will decide your marriage partner at the age of 16. But before that happens to Yukari, a 15-year-old boy, he has something to do and say.

You might think that’s not alright, you must be able to make your own decisions and mistakes in life. And that’s exactly what Yuuki Inaba will have to face in Youkai Apato no Yuuga na Nichijou. Yuuki lost his parents years ago, now in high school he decides to live in the student’s dormitory, but one day the whole building burns down. Eventually he finds a really cheap apartment, unfortunately for him, it is home to all kind of supernatural creatures.

If you like this setup, maybe you will also enjoy Isekai Shokudou. A restaurant located in a shopping district is renowned by the customers. During the week, it serves office workers with familiar dishes, but on Saturday, everything changes. The restaurant is closed to its regulars and opens for “people from that world”, and they expect to be served with something special.

For the sports fanatics, there is something else to share. In Dive!! we meet the members of the Mizuki Diving Club. On the verge of closing down because of financial problems, the new team coach persuades the sponsor to keep the facility open, but only if he meets one condition, send a representative to the Olympic team.

Finally, the Abyss is and enormous cave system, basically the last unexplored place in the world. In Made in Abyss, generation after generation, several adventurers have been drawn to the depths of if looking for answers. In Oosu, the town at the edge of the Abyss, lives Rico, who dreams of becoming as great cave raider as her mother. One day exploring the murky depths she stumbles upon a little boy, who turns out to be a robot.