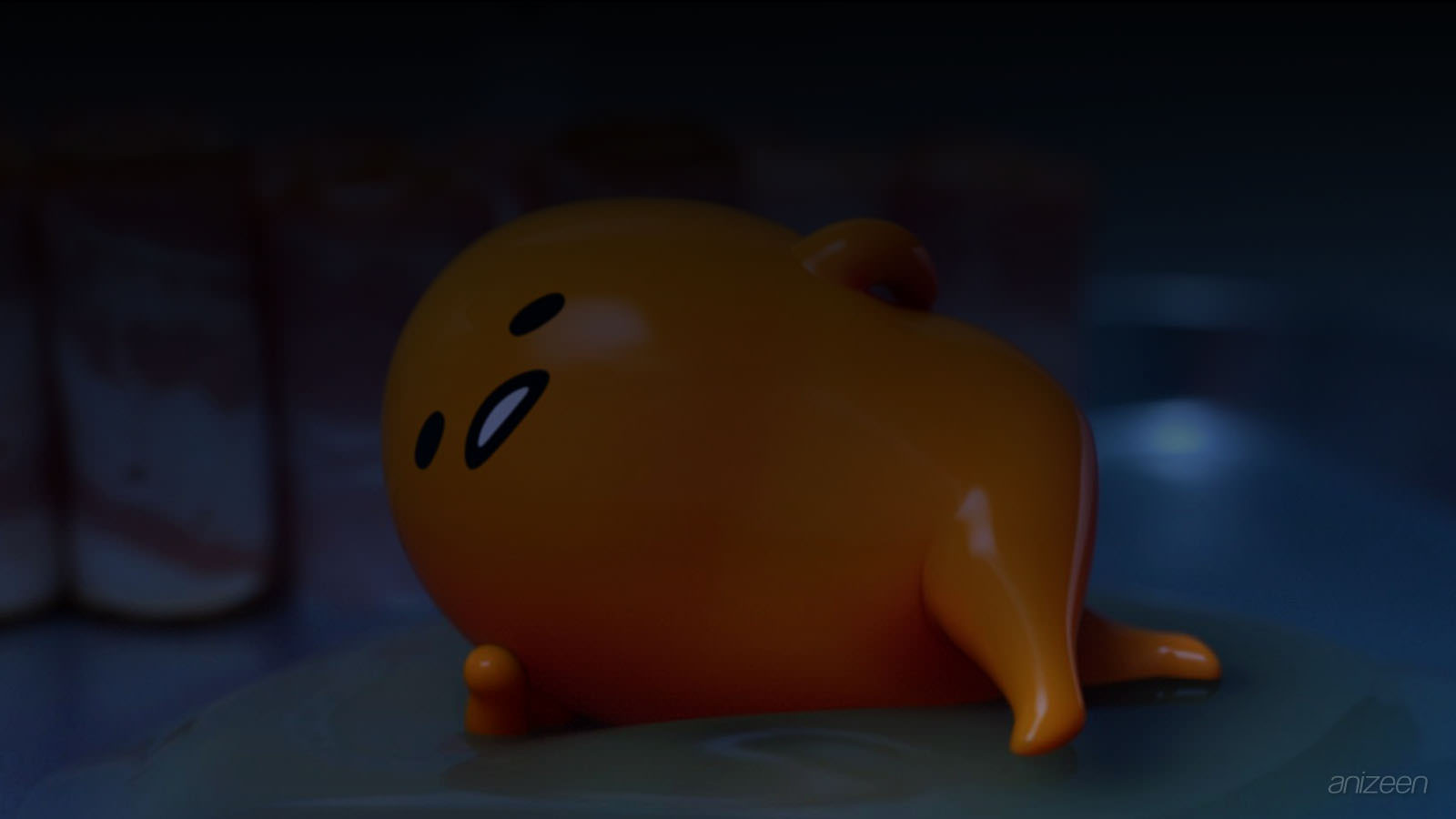 Inside a fridge, we see an egg fall down, and when it breaks we meet Gudetama, who begins his existence without a shred of energy.

Gudetama is a raw egg, without any particular aspirations, yet he is immediately captivated by the color and flavor of soy sauce.

As he tries to figure out the purpose of his existence, whether as a main course or as a side dish, he sights as another egg falls down from the same place he did before.

But instead of a raw egg, Shakipiyo hatches out, he an enthusiastic chicken who has all kinds of questions to ask, and a lot of energy compared to the lethargic Gudetama.

Shakipiyo sees Gudetama, and immediately associates him with his mother, after all, they say that the first impression of an animal is usually its mother. But Gudetama does not want such responsibility and immediately slips out of the idea.

Despite this, Shakipiyo wonders where his mother could be, and if Gudetama is his brother in any case. Seeing a code printed on the carton where they were in the form of an egg, the chicken decides that they should go out into the world and look for their mother.

Gudetama isn’t very enthusiastic about the idea, but is finally convinced that it’s better to do something, before it goes to waste.

When the fridge opens, they both see natural light for the first time and Shakipiyo does not hesitate to take advantage of it to jump out, but due to Gudetama’s liquid consistency, he flies out into a busy kitchen inside a family restaurant.

It doesn’t take long for problems and confusion to occur, and Gudetama ends up being put on a plate and served at a conveyor belt, meanwhile, Shakipiyo is thrown in the trash and it takes a few minutes for him to escape.

At the conveyor belt, Gudetama finds other dishes, even some that are already dry after being in the belt for many minutes, and are about to be retired away.

Further, Gudetama surprises a boy, who watches him carefully as he passed by him in the conveyor belt of the restaurant, and as soon as Shakipiyo appears, he puts Gudetama inside an improvised eggshell transport and they flee the place in search of the farm where his mother should be.