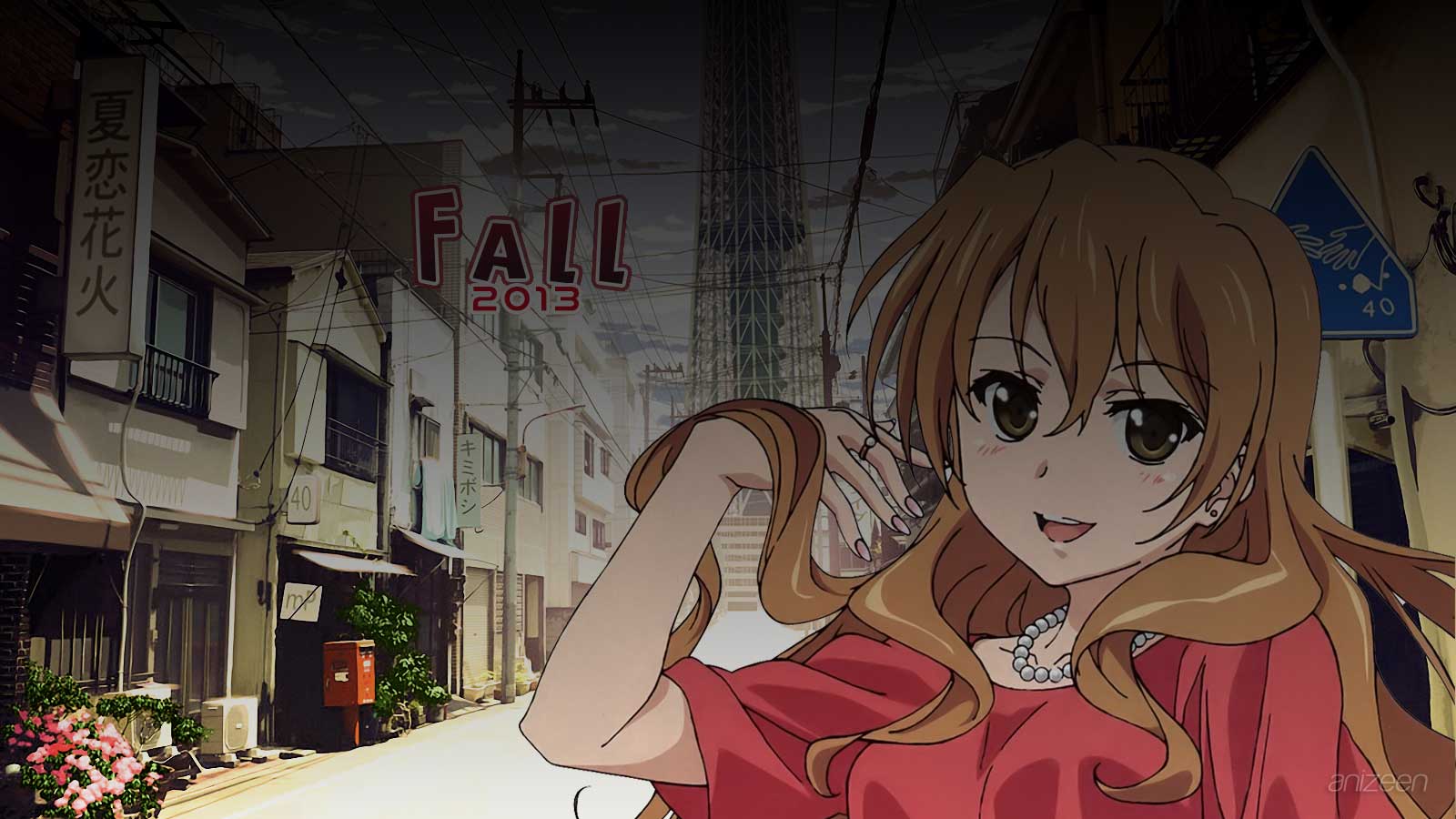 So, the summer time is done, and the end of the year is approaching without hesitation. In terms of anime, 2013 has had its ups and downs, it started really slow, but it seems that the Fall anime season will end with a good splash of new series and many known faces.

First, we will return to the fantastic middle-age world of Magi, in The Kingdom of Magic where Aladdin and Alibaba are still in the search of priceless treasures. Together Aladdin strives to conquer all of the Dungeons, and now the city of Magnostadt.

In Kill la Kill, Ryuko Matoi travels from place to place searching for clues to the truth behind her father’s death. The journey led Ryuko to Honnouji Academy, where an elite group of students is granted superhuman powers by their special uniforms called the ‘Goku uniform’. With this, Satsuki Kiryuin, the student body president, rules with unquestioned power and fear.

Miss Monochrome is an original character design from seiyuu Horie Yui. In 2012, she first used the “Miss Monochrome” character as a 3D virtual singer to sing her songs at her concert “Horie Yui wo Meguru Bouken III ~Secret Mission Tour~”. Now, as an anime character, in order to be more in the eyes of the public, Miss Monochrome will work to become a top-selling idol.

One day, a young girl named Koto wanders into the “mirror capital”, a place where no one dies and youkai and human coexist. Now, in Kyousogiga, Koto and her brothers, A and Un, are stuck in a strange city causing massive mayhem. Meanwhile, Kurama, Yase, and Myoue try to protect the city, waiting for their parents to return.

In Golden Time, Banri Tada is a new student at a private law school in Tokyo, unfortunately, he suffers the after effects of an accident and has no memories from before his high school graduation. Meanwhile, Kouko Kaga is a girl who also be part of the law school, and Kouko and Banri have a history together, but he doesn’t remember.

Raul Chaser had always wanted to be a hero, but failed the exams necessary to become one. Now, in Yuusha ni Narenakatta Ore wa Shibushibu Shuushoku o Ketsui Shimashita, he reluctantly took a job working at a small electronics store called Magic Shop Leon. His life is dull and busy, until a new girl -Phino Bloodstone- comes applying for a part time job. She is the daughter of the demon king who beat him and stopped him on becoming a hero.

Meanwhile, in Gingitsune, Gintaro, a fox spirit that has been protecting the small temple since the Edo era, will meet Makoto, who has inherited the power to see the gods’ agents. Makoto is the sole remaining family member.

In Kyoukai no Kanata, you’ll meet Akihito Kanbara, half human who is invulnerable to wounds because he can heal quickly. One day, Akihito meets Mirai Kuriyama when she is about to jump from the school rooftop. Mirai is isolated because of her strange ability to manipulate blood.

As you can see, there are plenty of series to follow, and you’ll also have more sequels like Aikatsu! 2, IS: Infinite Stratos 2, Little Busters! Refrain, Teekyuu 3, Yozakura Quartet: Hana no Uta, Phi Brain: Kami no Puzzle (2013), Kuroko no Basuke 2 and the never ending Pokémon with the XY series, and yes, there is a new Gundam anime, if you are a fan, enjoy it.

In terms of movies, you can’t miss Kara no Kyoukai: Mirai Fukuin. Hope you are covered and ready!

Magi: The Kingdom of Magic

Hajime no Ippo: The Fighting! – Rising

IS: Infinite Stratos 2 – Hitonatsu no Omoide