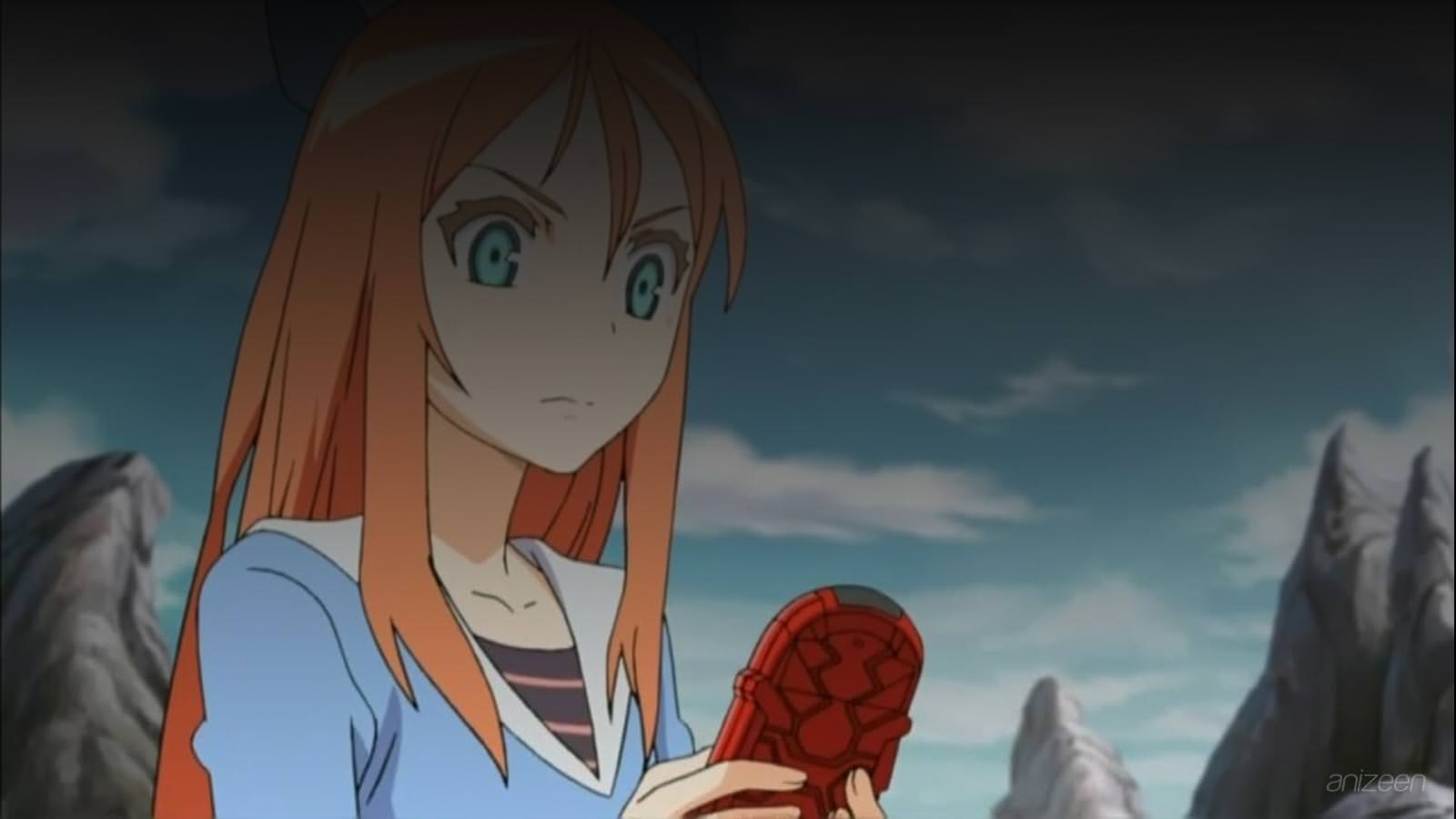 In 2029, a large scale ground sinkage occurred in the Mediterranean Sea. Chemical elements such as oxygen, carbon, gold, molybdenum, and cobalt disappeared from the earth’s crust suddenly.

The human population was decreased by 90% in sixty years. Researchers found out that the disappeared elements were drained into a planet “Nega Earth”, located in another dimension.

To save the Earth, a special team called the “Element Hunters” is organized. All of the members are under 13 years old, because young and flexible brains are needed to access “Nega Earth”.

There are 113 Elements and any elements that disappeared are called Element Disappearance. A teacher is lecturing about Elements and our Ren Karas is sleeping. After school, they found a castle that was not there before on top of a hill. Thinking about it they reckon its a haunted castle and set off to explore it. While going there, they see a group of element hunters who are seeking for a missing element.

Ren and Chiara try to take a photo of the strange castle, but it looks weird, that fires them up to explore it. While inside they stumble across their classmate Homi. Suddenly they discover several traps till they found themselves in front of a girl named Juno, who has no hesitation to call the kids element hunters.

Juno says to be “AI” built by Professor Carr. AFter that, she handles the kids with some gadgets, very useful to hunt QEX, which are the monsters that any element hunters try to catch. Once they become “Earth Team”, they are teleported to acomplish their first mission in Nega Earth.

In the end, they will have to collect chemicals of the periodic table which have been disappearing in recent decades.

Ren Karas is an energetic child who seems to be searching for excitement and adventure. He doesn’t sweat the facts despite the fact that his team constantly tries to teach him. His lack of interest in learning causes the Earth Team some trouble but sometimes it helps greatly.

Kiara Furina and Ren are pretty much alike in terms of personality. They both seem to think the same things and react the same way, the only real difference is Chiara is bossy and she tries hard to be better than Ren.

Homi Nandie is a Ren’s schoolmate. She is an intelectual person, she turns out to be the logical part of the new team, or at least is more cautious to try strange and dangerous things. She seems to tag along just because the other two are doing it.