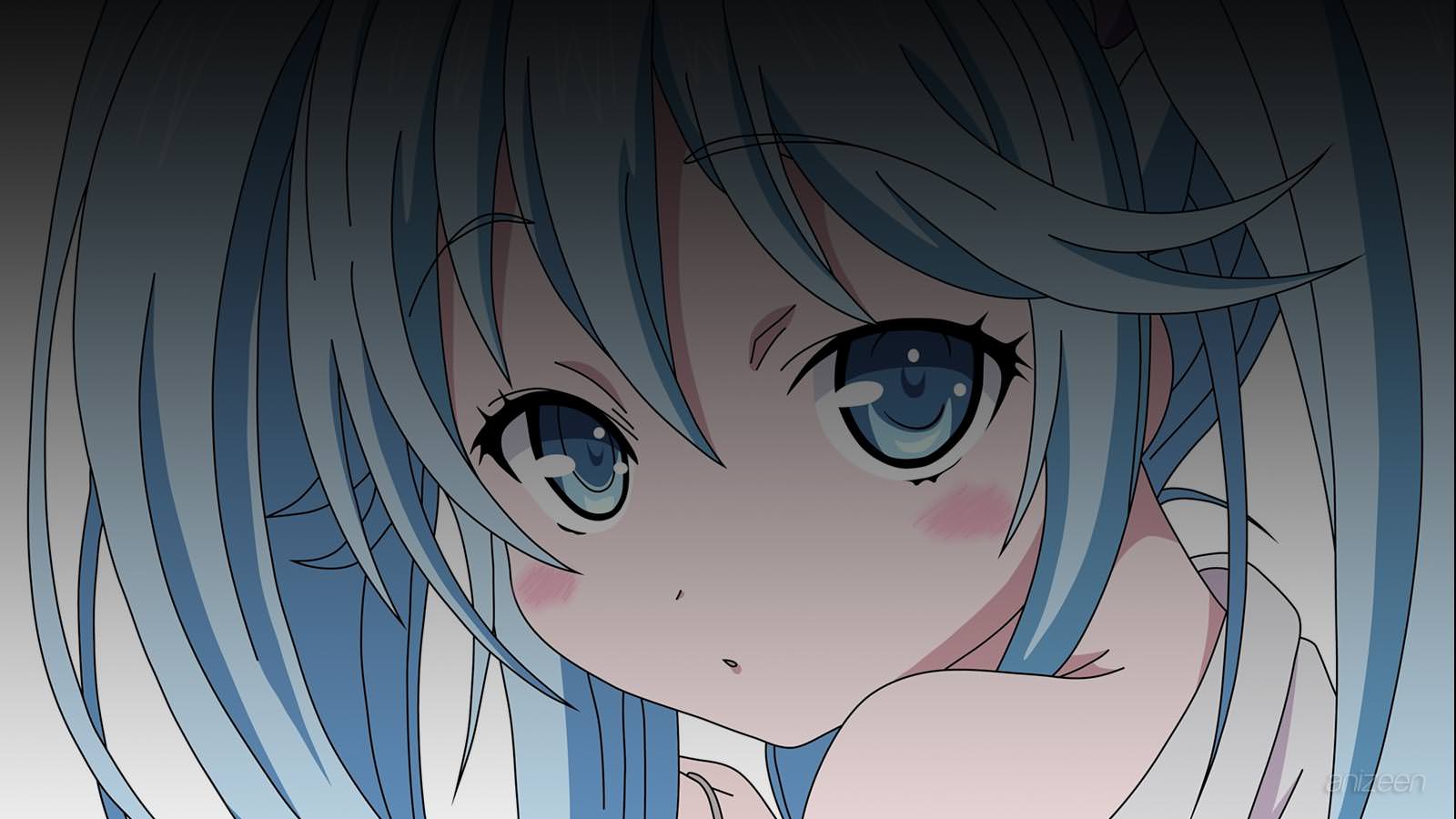 Makoto Niwa is traveling to the big city to live with his aunt, and dreams of starting a new life with high hopes and expectations.

When his aunt, Meme Touwa shows up, he soon discovers she’s a bit peculiar, first of all, her personality is far fro what you would expect in a grown woman, but that may not be that important for Makoto.

When they arrive home, at the entryway Makoto finds what seems to be a young girl lying on the floor with the top half of her body wrapped tightly in a futon, and his aunt pointedly ignores her.

Makoto is surprised and tries to go with the flow, but can’t take it any more once he sees ‘the futon girl’ sat at the dinner table. So, he asks about the mysterious girl, and discovers she is actually Makoto’s cousin, Erio, who talks in a really strange way and doesn’t attend school.

Makoto returns from school and finds Erio still wrapped in that futon, later that day, his aunt calls to tell Makoto to prepare dinner for himself, again, forgetting about ‘her daughter’.

Makoto lures Erio out of the house for a quick trip to the supermarket, where she emerges from her futon to explain him that she is actually an alien, and that Earth has been targeted by aliens.

Makoto Niwa is a high school student who transfers into the city after his parents go overseas. He constantly tries to monitor his ‘adolescence points’, which rise and fall based on his encounters with other girls. He thinks he will have a new and interesting life in the city, and that he will live alone with his aunt. Soon he will find himself that he has a strange cousin and that his aunt is far from being normal.

Erio Touwa is Makoto’s cousin. One day, she mysteriously disappeared for six months, with no memory of what happened during that time. At the same time, she began having an extreme fascination with aliens, believing herself to be an alien investigator monitoring humans, up until Makoto helped her face reality. Initially she is soft spoken and unsociable.

Meme Touwa is Makoto’s aunt and Erio’s mother. She also goes under the name ‘Jojo’ and is an owner of a store that sells sweets. She is cheerful and can often be seen teasing Makoto by attempting to seduce him. She has no plans on getting married and has a happy life with her daughter Erio and her nephew Makoto. She allows Erio to stay home from school and do as she pleases.

Ryuuko Mifune is Makoto’s classmate who has a crush on him. Due to the kanji in her name, she is often nicknamed Ryuushi, which she does not particularly like. She is vegetarian, referring to herself as a ‘fruitist’. She plays on the school’s basketball team and has an energetic personality.

Maekawa is another classmate of Makoto’s who is quite tall, always referring to Makoto as ‘transfer student’ as she can never get his actual name right. She gets dizzy if she raises her arms over her head for more than ten seconds, and often wears various costumes. She has a cool demeanor and sometimes amuses herself by teasing Ryuuko.