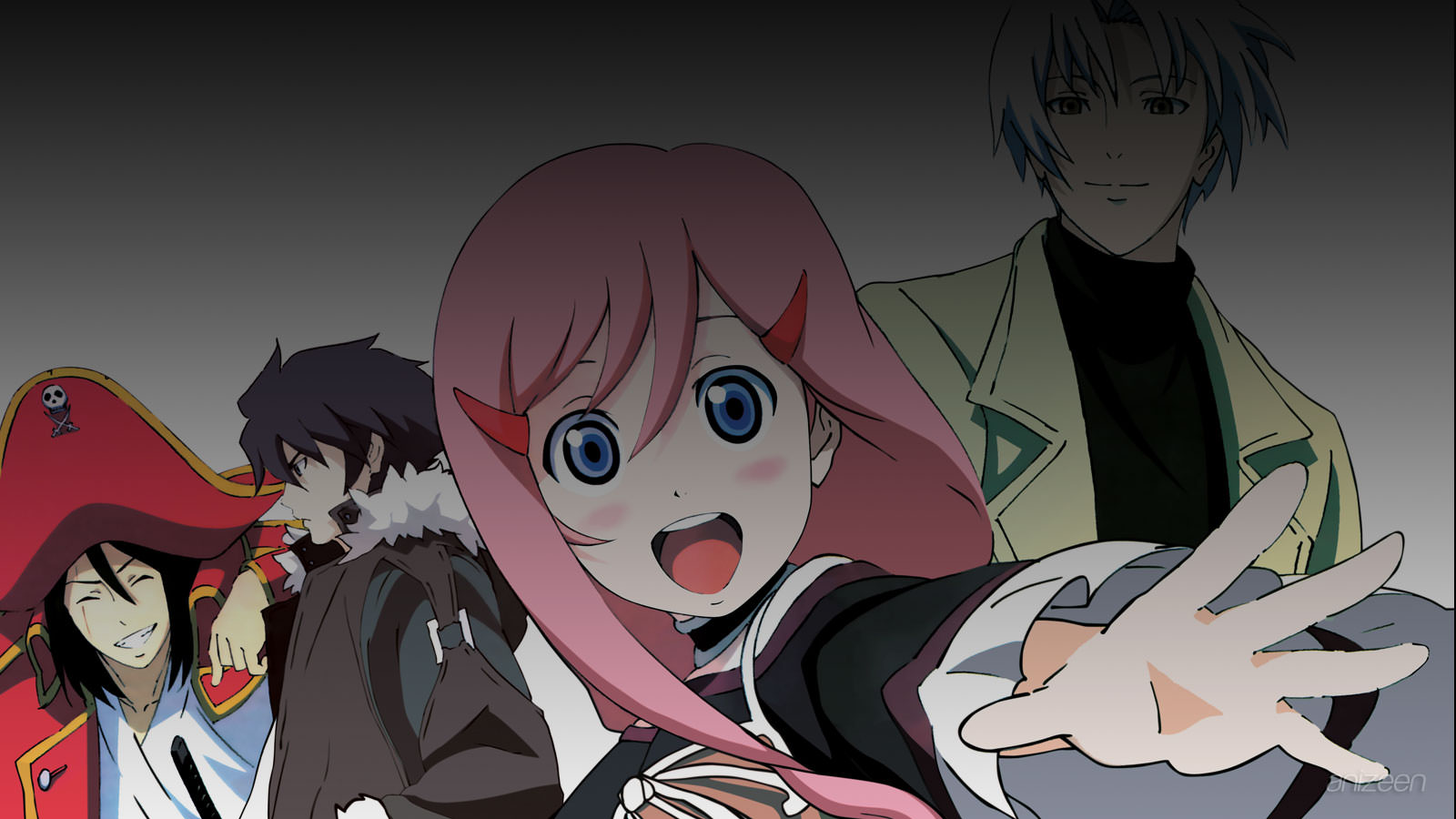 After the world population and economy is devastated by simultaneous hyper-hurricanes, many different factions and fledgling nations appear.

In Japan, an elite class called Logos appears, controlling special zones in the country which have most of the wealth and resources. The Logos exercise control over the Levinas, the lower class which struggles day to day in order to stay alive. The Levinas are restricted from entering the special zones, causing tension which creates a resistance group which fights back against the Logos.

With the tag line “A Near Future Late-Shogunate Action Animation“, the story draws analogies with 19th Century Japan at the end of the Tokugawa Shogunate period, just before the Boshin War.

Jou and Jin escape from Phantom, an elite military group which is used to control the Levinas. When they escape, they take a young girl named Sana with them. The series follows them as they work to avoid being caught by Phantom and the regular military forces of the Logos.

Jo Katsuragi is a young dark-haired man of few words and absolutely deadly combat abilities. Unarmed, in a Light Warrior suit, or piloting his Gladiator mech, this Phantom deserter takes out the enemy with alarming ease. When he’s done piloting, tears stream down his face, something he regards as almost like a side-effect.

Sana Nobuto is a mysterious girl with no memory of her past. She is protected by Jo and Jin as they attempt to run away from the military and government. Having no memories of her past, Sana becomes attached to Jin’s caring affection and views Jo as a ‘scary’ person. As the group goes through the adventure, Sana learns about her past, the horrific role the government wants her to play and discovers the reasons behind Jin’s plans.

Jin Tsurasawa is a smooth-talking and charming son of a politician. Jin’s a “Former” member of Phantom, a group of mercenaries currently assigned to apprehend a young girl named Sona, whom Jin and his companion Jo are protecting. He’s incredibly intelligent and skilled and can control his Mecha exceptionally well and although he talks more than Jo he never fully expresses what’s on his mind to others.