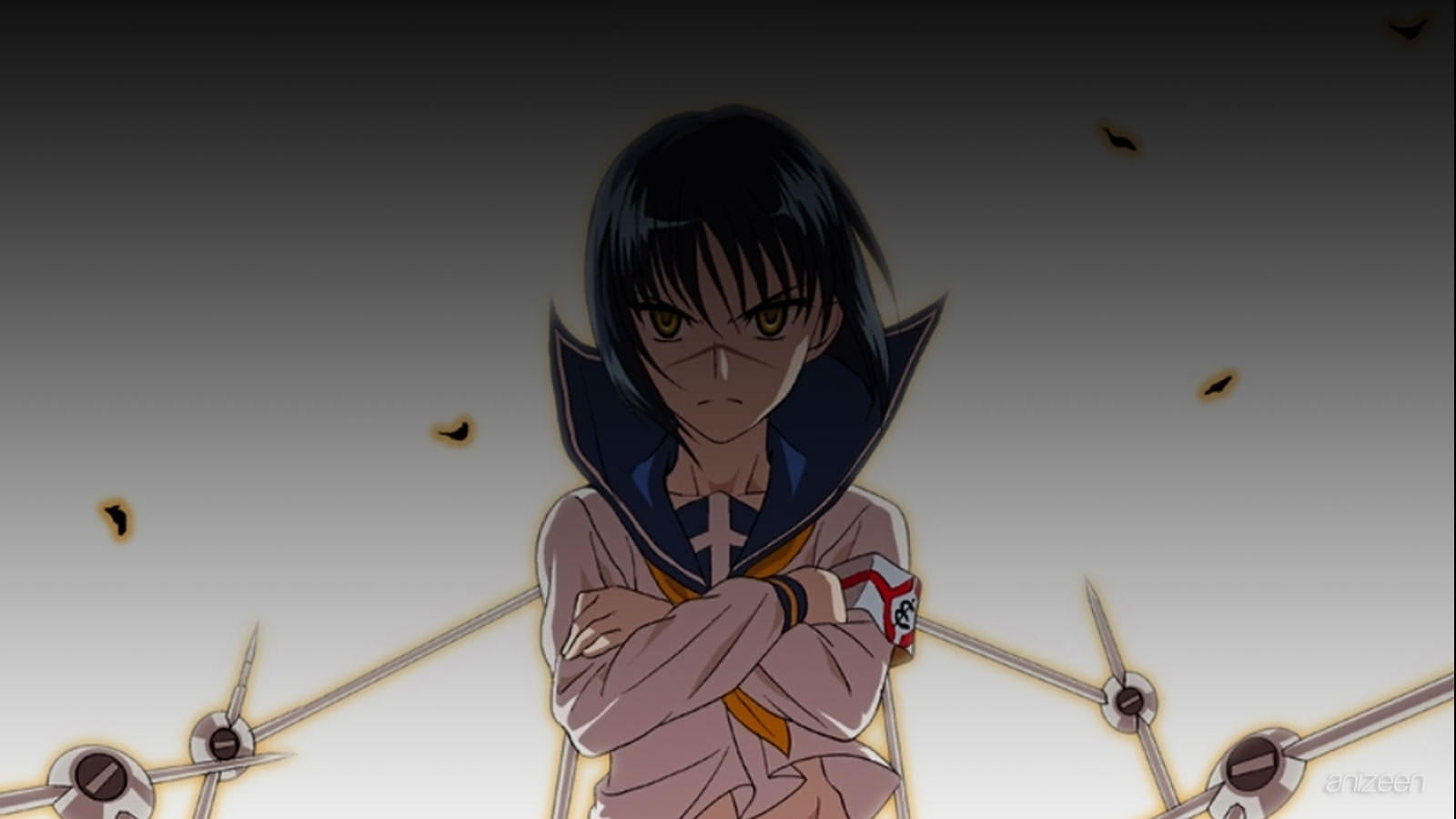 The story begins when high school student Kazuki Muto is killed one night saving a mysterious girl from a monster, only to wake up and find it was only a dream. However, he soon finds out how real that dream was when a giant serpentine monster attacks him and his sister.

Tokiko Tsumura, the girl from his dream, explains that the monster is a homunculus. Kazuki had been attacked and killed by it when rescuing Tokiko, however the girl revived him by placing a kakugane medal in his chest.

Kazuki Muto is a 16-year-old boy who attends a private academy with his sister. After becoming involved in Tokiko Tsumura’s fight and subsequently being killed and revived by a Kakugane (which later turns out to be a black Kakugane), he is told to simply return to his ordinary life, but instead insists upon assisting Tokiko in her battles. Kazuki is very enthusiastic and friendly, and cares deeply for his friends and sister, Mahiro, tending to put himself in danger or difficulty in order to assist or protect others. Although he has an unusual way of showing it, he does have feelings for Tokiko Tsumura.

Tokiko Tsumura is a 17 year-old alchemy warrior that was assigned to take care of a homunculus problem in Kazuki’s town. When Kazuki tried to save her from a homunculus (in actuality, she had the situation under control) she felt a sense of attachment to him and revived him with a kakugane, intending to make sure that he never gets killed again. Tokiko is very dedicated to her job, claiming that she hates all homunculi, and quit going to school in order to be more efficient. This hatred comes from the trauma she suffered as a little girl, when all the people in her school were killed or eaten by homunculi to save her.

Koshaku Chono is better known as Papillon in the series. He is a genius student from Kazuki’s school and was meant to be heir to the Chono family fortune. However, he is also deathly ill and has had to repeat a year of school due to the amount of time he has needed to spend in the hospital. Upon discovering a 100 year old research diary from his great-great-grandfather he learned of alchemy and the process of making homunculi, experimenting with various animals first before turning himself into a human-type homunculus, renaming himself “Papillon”.

Mamoru Sakimori is better known as Captain Bravo in the series. He is Tokiko’s commander, who dresses in an outfit that covers every inch of his body except for his eyes. Though Tokiko assumed this was to protect his identity, Bravo actually has no qualms with showing his real appearance when he acts as Kazuki’s dorm supervisor. He claims that he doesn’t use his real name because its cooler that way.

Buso Renkin
(武装錬金)
Is a manga series written and drawn by Nobuhiro Watsuki, the creator of Rurouni Kenshin. Buso Renkin was serialized in the weekly Japanese manga anthology Shonen Jump, with ten tankoubon volumes in total published in Japan. The series has been adapted into an anime by XEBEC, which finished its run in Japan with a total of 26 episodes. There are also two drama CDs as well as a novel based on the series.
OP
S1. “Makka Na Chikai” ~ Yoshiki Fukuyama
ED
S1. “Hoshi Akari” ~ Jyukai ep 1-14; “Itoshiki Sekai” ~ Aya Kagami ep 15-25; “Hoshi Akari” ~ Jyukai ep 26
WEB