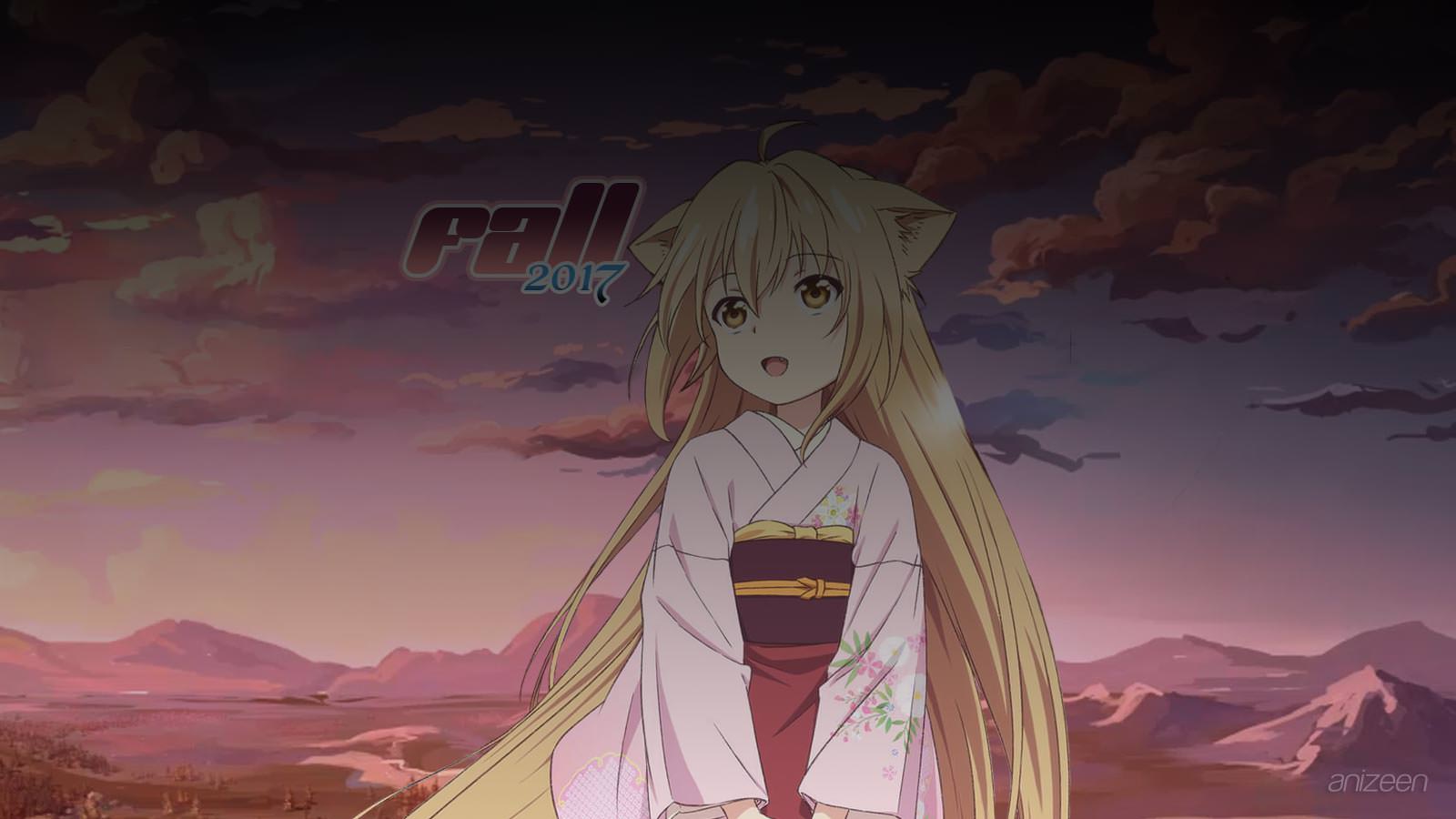 It has been quite a year, in so many senses, I am sure you have had not enough time to do all you have to, or want to. In addition, if you add the whole cosmic disturbance caused by a couple morons -supposed to be leaders-, and a World that seems to be screaming out for attention. Well, that is enough to maintain us alert.

Now, if we talk about anime, this was a busy year, and the Fall Anime Season 2017 is loaded with series. Let us calm down a bit and pick our schedule for the upcoming months.

In a village inhabited by youkai, we find Yuzu, a fox girl who has lived her whole life in the mountains. In Konohana Kitan, she comes downtown in search for a job at a high class in. She is a bit clumsy, but will learn how to deal with it, and become part of the community.

Meanwhile, in Juuni Taisen, twelve years passed, and it is time for a new tournament. Twelve warriors who bear the names of the signs of the zodiac will fight. Moreover, the victor will get one wish granted, whatever it may be.

In a more conventional world, we find Chisato Mizusawa, a public relations senior in a huge company. In Osake wa Fuufu ni Natte kara, Chisato has the insights of the industry and secrets able to balance competition. However, as soon as she gets home and relaxes with her husband having some drinks, she cannot hide a single secret.

In the meantime, in a high school set up, it is wintertime. Third year students are preparing to end their education. Everyone is looking forward to graduation, but at that particular moment, Eita Izumi shows up. In Just Because!, Eita used to attend middle school with everyone, and now he has transferred back. However, why at this moment? Seeing an old friend will change their lives forever.

Nevertheless, high school is not that sweet, it can be a challenge sometimes. In Ou-sama Game The Animation, the entire members of a class receive a strange message on their mobile devices. A person known as The King gives them several orders, and warns them to obey, or they might end up punished to death. With their lives on the line, the orders become extreme and dangerous.

If you prefer something out of this world, I would say Mahou Tsukai no Yome, is a good pick. Hatori Chise has spent her childhood abandoned by her relatives; even her mother took her life in front of her. Feeling unwanted, she sells herself into slavery. For some reason, she ends up with Elias Ainsworth, known as the Thorn Sorcerer, a strange character who becomes her master and maybe a little more.

Meanwhile, in a post-apocalyptic world, we find Chito and Yuuri, who have survided the chaos, and now struggle on a daily basis to stay alive. In Shoujo Shuumatsu Ryokou, for a couple girls in an empty world, the experiences and feelings they share are the only thing that allows them to endure the challenge.

If things are too simple for you, maybe you will enjoy Saredo Tsumibito wa Ryuu to Odoru: Dances with the Dragons. In this series, Gayus and Gigina are “special equationists,” individuals able to manipulate the forces that govern world’s laws. The results are fantastic but can be dangerous. Even more if they end up figting dragons and politicians.

However, maybe a bit of drama is appealing to you. In Code:Realize – Sousei no Himegimi, Cardia has been isolated for years now, her father told her not to go outside, nor fall in love. Her body carries a deadly poison that rots anything she touches. For the town inhabitants, she is just a monster. For the Royal Guards, she can be an interesting weapon, as they try to capture her; Cardia meets Arsène Lupin, a thif that helps her escape.

Back in our world, we find Maika who got a job at a cafe where all the waitresses have certain ‘attributes’. In Blend S, Maika has to embody a personality while serving customers. In addition, her manager decides that she must become the Do S, or extreme sadist, waitress. Now, she will have to adopt a dominant and aggressive persona in order to keep her job.

Finally, in Dies Irae, we are sent back to 1945, a time where war and despair were about to end. As the Soviet Union marches down to Berlin, a group of sorcerers gathers to perform a ritual; somehow, they vanish, but claim to return as demons to end the world. In the present days, after a long stay, Fujii Ren has been released from the hospital. Now tries to rebuild his life, but as soon as he realizes the demons knock at his door to fulfill their promise.