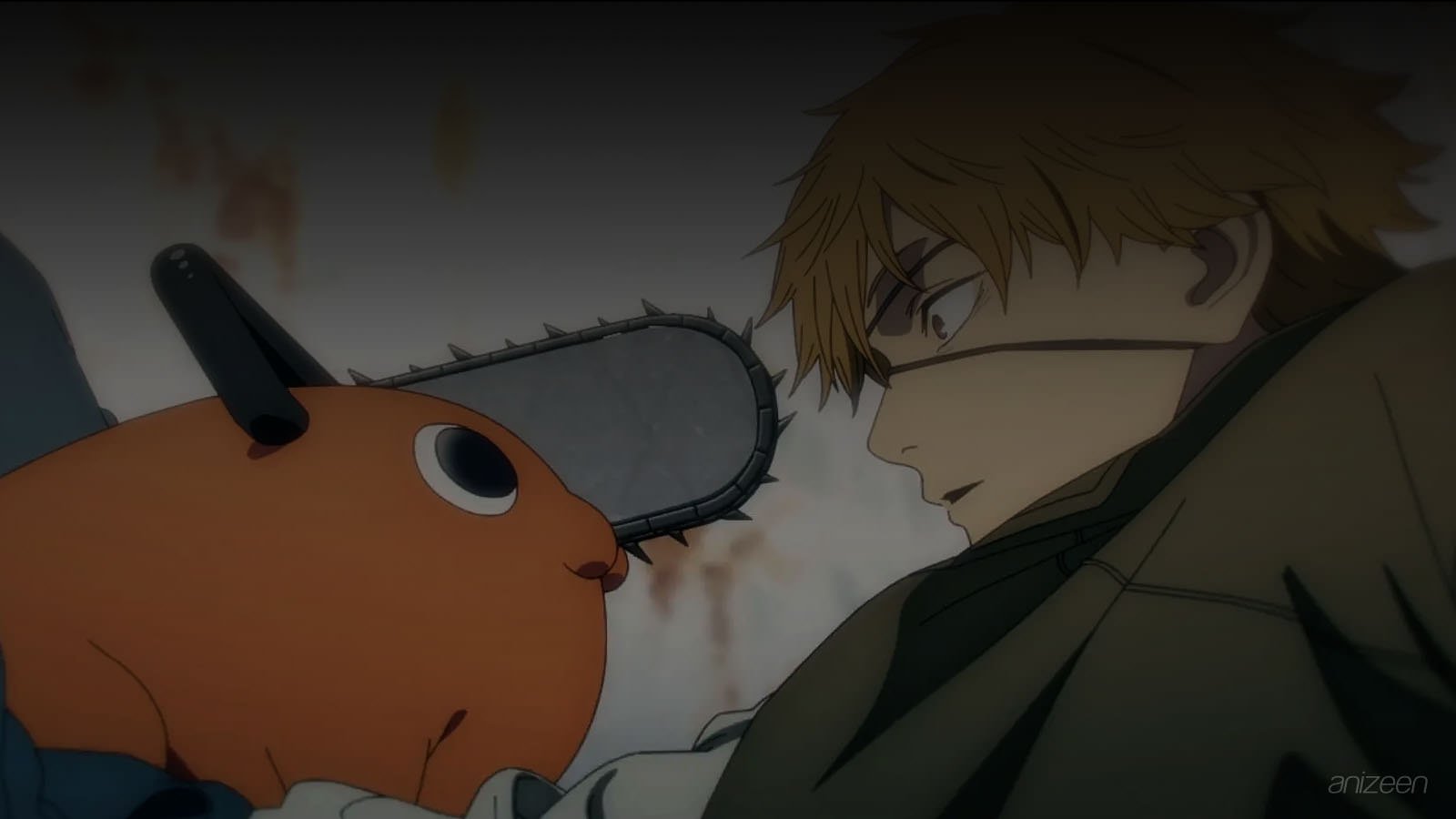 At the time of burying his father, the young Denji was surprised by a small demon, who was observing him from a distance near a tree, and growls with fear as it sees the kid crying.

Denji thought that his life was over, but once he sees the demon wounded, he remembered that if it drinks some human blood, it could recover.

In exchange for a good bite, Denji makes a deal with the demon that will help him survive, and perhaps one day live a better existence.

Over the years, Denji has had to do the impossible just to pay the due interest on the debts inherited from his father.

Pulling the numbers out, Denji realizes that he has sold several of his organs in vain, however, for some reason, he remains optimistic and is grateful to have Pochita, the devil, by his side. the.

He receives orders from his creditors to hunt down a demon, and although the business pays well, Denji receives a pity of money for such dangerous work.

He understands that next month, they will have problems paying running water, electricity and of course, his father’s debts, but as long as he can share a slice of bread with Pochita, he can sleep relatively peacefully.

However, from time to time he feels physically ill, either because his body is missing organs, or as he recalls, because his mother died of a strange disease.

Despite this, it is time to work, and his main creditor comes for him and make him hunt another demon.

At their arrival, Denji wonders if there really is a demon in place, since the silence is different from what he has experienced before.

Suddenly, he listens a strange voice tell him that it hates demon hunters, and that a little power is enough to drive ambitious men mad.

A demon has taken over the body of his creditor, and the entire group of yakuza who worked with him, and orders them to kill Denji.

Denji and Pochita try to escape from the place, but at every step they take hits and wounds, they finally fall and Denji is stabbed mercilessly.

In his last moments, he regrets that he couldn’t have a normal life, a girlfriend and a place to call home.

His remains are thrown into a garbage dump, and when his blood runs, it wakes up Pochita, who also remembers what Denji once asked him, and that in case of dying at the hands of a demon, he told Pochita to possess his body. and live the life he couldn’t have.

Pochita uses his powers to retrieve Denji’s body, but instead of taking possession of it, he tells his friend that he will accompany him on his journey.

Surprisingly, Denji recovers his body, even the organs that he no longer had, and in front of his chest appears a memory of Pochita, with which he can awaken his new demonic powers.

As soon as he stood up, he was attacked again, but this time, Denji invokes his powers and three chainsaws come out of his arms and head.

Denji decides to survive, and a massacre begins, at the end, he realizes that he does not owes money to anyone, but at the same time he remains static thinking what he will do next.

At that moment, a black car arrives at the scene, from it, some people dressed in suits get off, who say to be part of the Public Safety Division, and they are in charge of killing demons.

Leading the team is Makima, who realizes that the monster surrounded by chainsaws is responsible for killing such a dangerous demon.

Makima approaches him, and instead of being afraid of him, she listens carefully. When Denji asks for a hug, she doesn’t hesitate and gives it to him, which frees Denji from his transformation.

She gives him two options, join his work team, and have a place to live and feed or lose his life in that place and moment, Denji does not think much and decides to stay with Makima.