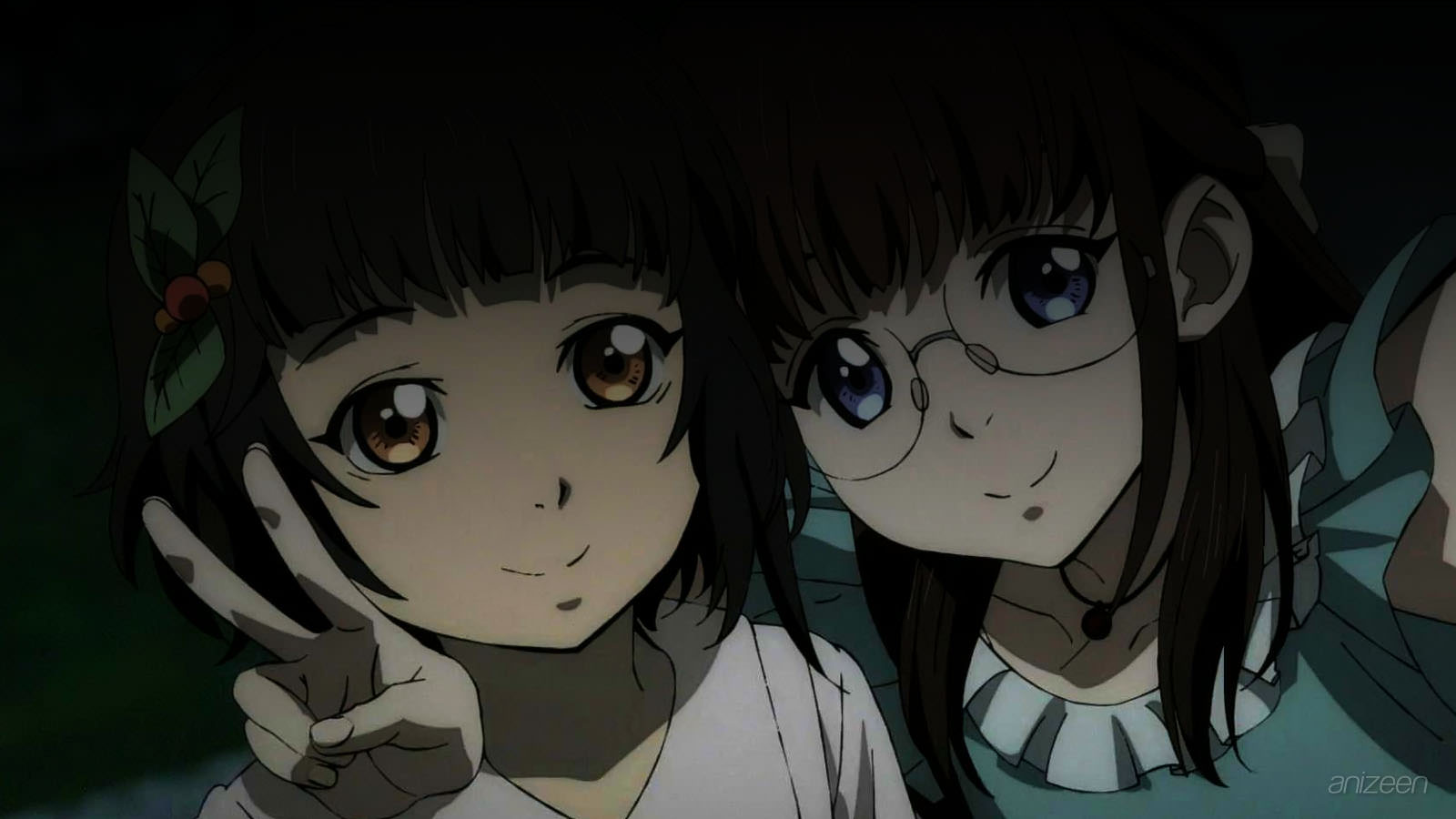 In the seaside town of Kurosaki, life has a completely different rhythm from that of the big cities in the country.

In that place is an old apartment complex in which a 9-year-old girl named Kimi Shirokado lives with her family and a group of elderly people in retirement.

The heat is stifling, and everyone feels uncomfortable with the temperature. While some elders are talking, Kimi surprises them with her greeting, but the little girl is so exhausted that she prefers to sit on the floor.

At such moments, the old men remember that somewhere, they have a shaved ice machine, and it must be in the old basement of the complex.

Going down, they begin to tell the history of the place, and that this basement was a shelter left over from the past war times.

Once inside, they discover all kinds of belongings of the old tenants, who have left all sort of memories. At that moment, Takashi Takamura sees something interesting and imagines that this was probably built in an old cave, which could have been inhabited many years before they build the place.

While exploring, Kimi is entertained, they find an old stroboscopic machine or zoetrope, where you can place different drawings and then spin it to create an animation or optical illusion.

Everything is wonderful, at least until Kimi runs into the mummy of a dog, which still has its collar on, then they decide to leave the place.

On their way out, Takashi tells his discovery to the rest of the elders, who are not as thrilled as he is. Later, Toshi Wada, the manager of the apartment complex, arrives and reminds them that a group of visitors will be moving into the place.

Being a fishing village, one of their companies hires a vast group of new employees, however, everyone is surprised to see that they are all foreigners, and that they do not speak Japanese.

Seichi Koshide arrives at the head of the team, accompanied by his wife and daughter Yuri, who is more than sure that she will get bored in such a place.

When Seichi shows up at Toshi’s apartment, the manager looks at the foreign men in surprise, welcoming them, but at the same time worried and with some fear.

And the same goes for the other residents, who are not used to such changes. Despite this, Takashi tries to be friendly with a huge man, but before they can talk, Kimi appears on an upper floor, assuring that she has prepared an optical illusion for everyone, but by doing so she puts herself at risk, slips and falls without control.

Fortunately for them, Kan, the foreign man saves Kimi and the residents thank him for doing so.

At night, Yuri meets Kimi, and they immediately start looking for adventures. To surprise Yuri, Kimi decides to take her to the abandoned basement, where she surprises Yuri by showing her the dog mummy that she had found that morning.

While the two girls laugh, they listen a strange sound and as they investigate something or someone walks past them and leaves the room. Although they are scared, they continue exploring and find another room inside, full of strange drawings.

Kimi finds and recognizes an old pen, which belongs to one of her neighbors, who, by the way, has a son named Hideo, who has been living locked up in his room lately, but usually wanders out of it at night.

Kimi and Yuri decide to return the pen to Hideo and visit him, promising that they will not say anything about his drawings and that if he needs help, she can count on them.

The next morning, Toshi shows up alarmed to strange noises from the new neighbors’ apartments, and she is shocked to listen that they are performing their morning prayers.

The rest of the neighbors try to control Toshi, and Kimi wishes they could all get along with each other, and maybe become friends.