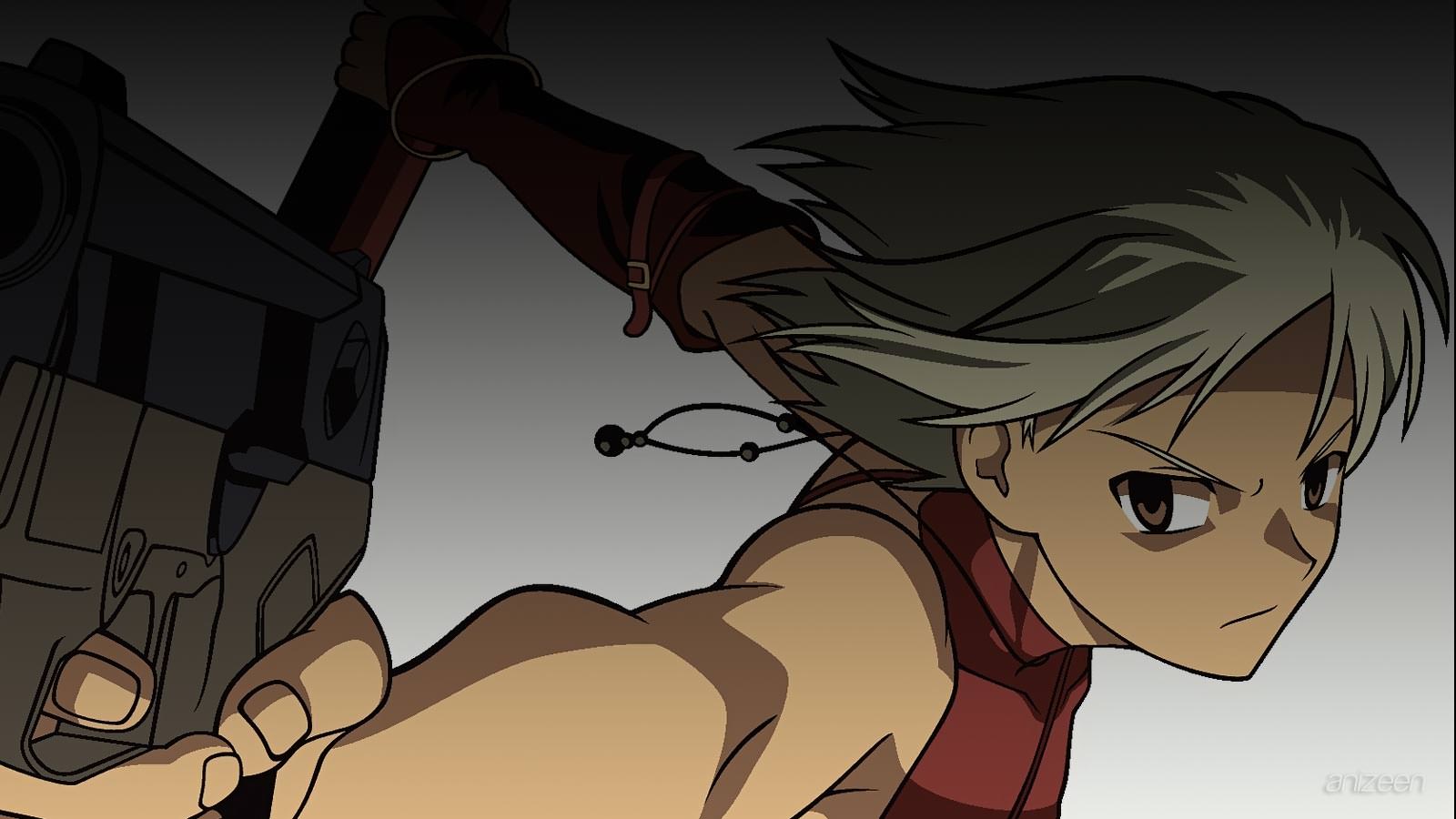 Two years ago, Shibuya was ravaged by a biological terrorist attack using the deadly Ua virus. Maria Osawa was saved when her father inoculated her against the virus, but is left with partial amnesia from the shock. Now working as a cameraman, she reunited with her friend Canaan in Hong Kong.

It is festival time in the city of Shanghai, and unbeknownst to everyone, a man gets shot in a back alley. Nearby, three men wearing costume heads are walking through the city, and when one of the heads gets removed, that man goes crazy and jumps into the river.

No one notices because they think it’s part of the celebration, and the other two men hurry off. At around the same time, freelance writer Minorikawa Minoru and camerawoman Oosawa Maria arrive in the city, and Minoru ends up going after an old man in the crowd who looks very similar to someone who was in the news earlier concerning an anti-terrorism conference.

That leaves Maria by herself, and she spends her time taking in the festivities and snapping photos. At one point, she sees a man with a costume head get the head blown off by a water cannon, and that man goes crazy, throws up blood, and collapses. No one notices other than Maria who takes a picture of the body and its bloodied eyes, and she’s soon approached by some masked men with guns.

Fortunately for Maria, she’s grabbed by her old acquaintance Canaan who she’s been wanting to see again, and the two run away from the armed men. Along the way, they pick up a certain stuffed animal, and they end up hiding in a dark alleyway until their pursuers pass. Canaan wants Maria to stay put while she goes back out, but Maria doesn’t want to, so Canaan ties Maria’s thumbs together behind her back.

Canaan then runs off and engages in a rooftop firefight with the masked gunmen. By this point, Minoru has come back and almost gets caught in the crossfire. He initially assumes that the crowd thinks that this is part of the festival entertainment, but he then realizes that they have to be intentionally turning their eyes away.

Canaan meanwhile uses synesthesia, her special ability to concentrate and combine her senses, to pinpoint exactly where the opposing gunmen are, and she takes them all out, one after another, in quick succession. Maria can only watch from below as Canaan then disappears over the rooftops. Meanwhile, a military convoy carrying a woman named Alphard who’s the head of the Hebi organization suddenly gets attacked.

Canaan is the main character of the series, a mercenary currently operating in Shanghai. She was the only survivor of a village destroyed by war in the middle East before being found and trained by Siam, who has her adopting the name Canaan. She developed a mutual respect for her mentor during the course of her training, but after he was killed by Alphard, her mind is consumed by the thought of revenge and often gets serious whenever she sees Alphard. As an elite mercenary, Canaan is also a skilled markswoman and an expert of combat, her weapon of choice most of the time being a Beretta Px4 Type G semi-automatic handgun.

Alphard is is an attractive young woman who is both the leader of a terrorist organization called Snake and Canaan’s arch-enemy. Once Siam’s apprentice and known as Canaan, she has since thrown away the identity, adopted the current name, and eventually had Siam killed. She appears easily capable of taking down Canaan even though the latter uses her synesthesia, reasoning that she is no longer manipulated by feelings unlike Canaan. She carries a FN Five-seveN USG as a sidearm.

Maria Oosawa was abducted by terrorists and was infected with the Ua virus, surviving the ordeal only thanks to the anti-virus her father developed. She befriended Canaan after being saved from hoodlums during a trip somewhere in the Middle East. As her dream is to become a photographer, she became the partner of Minoru Minorikawa before the pair’s assignment in Shanghai and her subsequent reuniting with Canaan. Despite being aware of Canaan’s dangerous life, Maria tries her best to stay close to her friend.

Siam is an ex-mercenary and a mentor of both Canaan and Alphard. He rescued the young Canaan from the ruins of her home villiage, took her under his care, and trained her in the art of combat. He was later killed by Alphard.

Minoru Minorikawa is a hot headed reporter who is assigned to Shanghai along with Maria, who affectionately calls him ‘Mino-san’. He acts as both Maria’s supervisor as well as for all intents and purposes her guardian.

Canaan
(カナン)
Is an anime television series, conceptualized by Type-Moon co-founders Kinoko Nasu and Takashi Takeuchi, based on the scenario that they created for the Nintendo Wii visual novel 428: Fūsasareta Shibuya de, which is noted for being one of the few games to be have been awarded a perfect score by games publication Famitsu. The series start airing on July 4, 2009.
OP
S1. “mind as Judgment” ~ Faylan
ED
S1. “My heaven” ~ Annabel
WEB