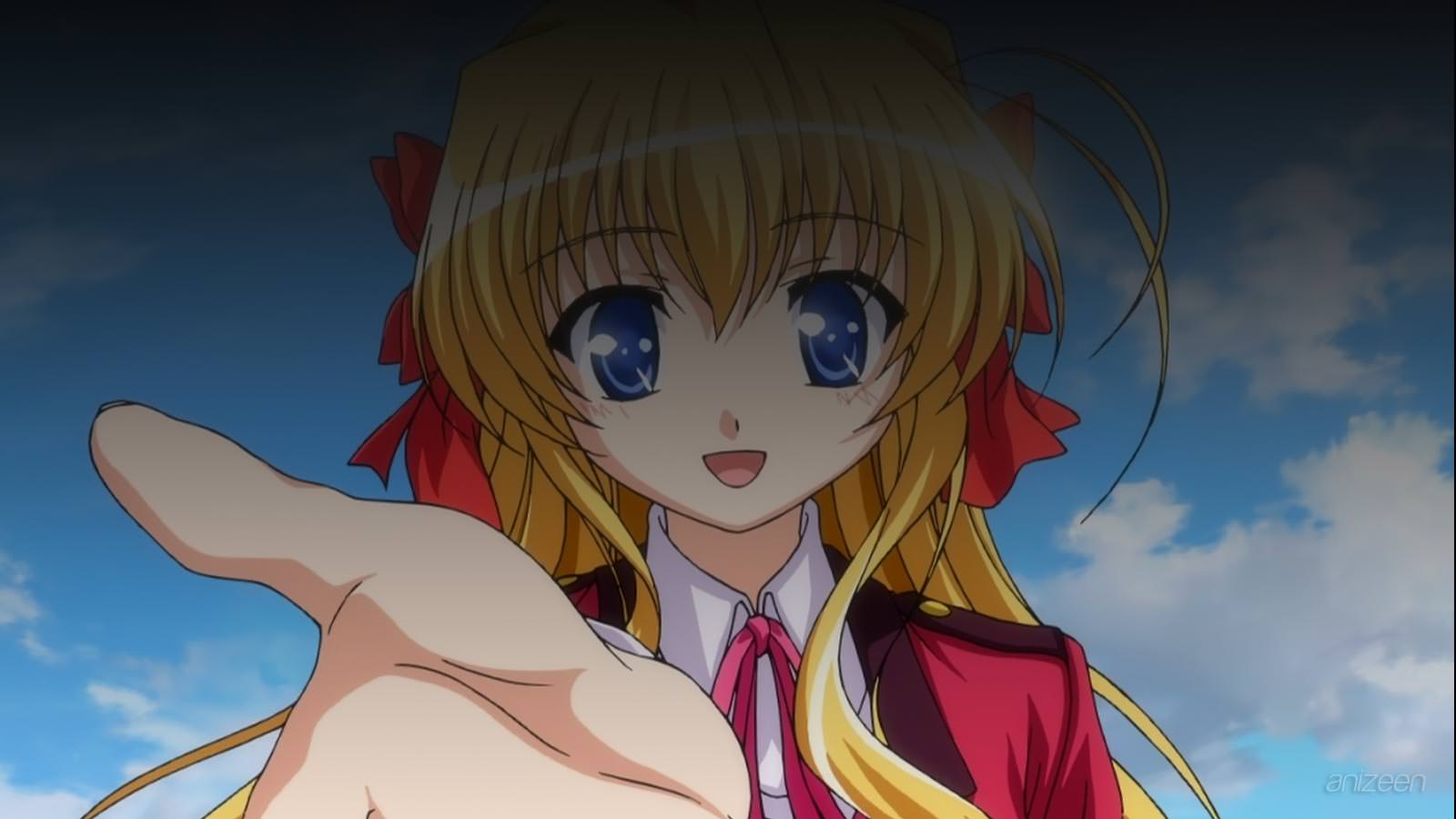 Since his childhood, Kouhei Kasekura has been moving from town to town due to his father’s job. He’s never settled down or made any close friends ever since he moved from Tamatsushima, an island where he lived for nearly 6 years.

On his return to Tamatsushima, he got transferred to Shuchikan Academy a prestigious British styled six year old school with a mix of mid and high school together.

He is welcomed by the student council vice-president Erika Sendou, or at least that’s what Kouhei thought, but once they shake hands, she gets an awkward feeling and falls to the floor.

Once at the academy dorms Kouhei meets with his two childhood friends, Kanade and Haruna Yuuki and by surprise for Kouhei they turn out to be the dorms manager. So, they show him o his room, and then an obscure scene with Erika and her brother talking about about Kouhei and that awkward feeling she has about him.

Erika and her brother Iori are not common students, and they are trying to hide a dark secret.

Kouhei Hasekura is a fifth-year student. After always transferring to other schools, he makes his way to Shuchikan Academy where he plans to stay for a while. Soon after transferring to his new school, he discovers that Erika Sendou is a type of vampire.

Erika Sendo is also a fifth-year student, as well as the student council vice-president. She is a vampire. She is strong in literature classes and martial arts, and is very attractive, making her popular in her school. She has an inquisitive personality, and likes to do things directly. Once she has her mind set on something, she becomes very pushy.

Shiro Tougi is a fourth-year student who gives off a delicate image, and is very shy. She was introduced to the student council by her brother who was already on the council, and it was decided that Shiro would become the treasurer. However, she is often missing from student council meetings after school.

Kanade Yuuki is Kohei’s childhood friend, and is the older sister of Haruna. She is constantly in high spirits, and likes to do things at her own pace. She loves her younger sister so much, that she says that if she had been born a man from another family, she would have definitely married Haruna eventually.

Haruna Yuuki is in Kohei’s class, and is also a childhood friend of his. She has a bright personality, and enjoys helping others. She has had many boys from school confess their love to her, but she has turned down every one of them.

Fortune Arterial: Akai Yakusoku
(FORTUNE ARTERIAL 赤い約束)
Is based in a Japanese adult visual novel, developed by August, released as a limited edition version on January 25, 2008 for a Microsoft Windows PC as a DVD. A PlayStation 3 version of the game called Fortune Arterial: Akai Yakusoku will be released by Kadokawa Shoten. A manga based on the story, drawn by Akane Sasaki, was serialized between the September 2007 and April 2008 issues of ASCII Media Works’ Dengeki G’s Magazine; the manga transferred to ASCII Media Works’ Dengeki G’s Festival! Comic in April 2008. A second manga started serialization in the November 2007 issue of Kadokawa Shoten’s gaming magazine Comptiq, illustrated by Miki Kodama. A 12-episode anime adaptation produced by Zexcs and start airing on October 2, 2010.
OP
S1. “絆-kizunairo-色” ~ Lia
ED
S1. “I miss you” ~ Veil
WEB