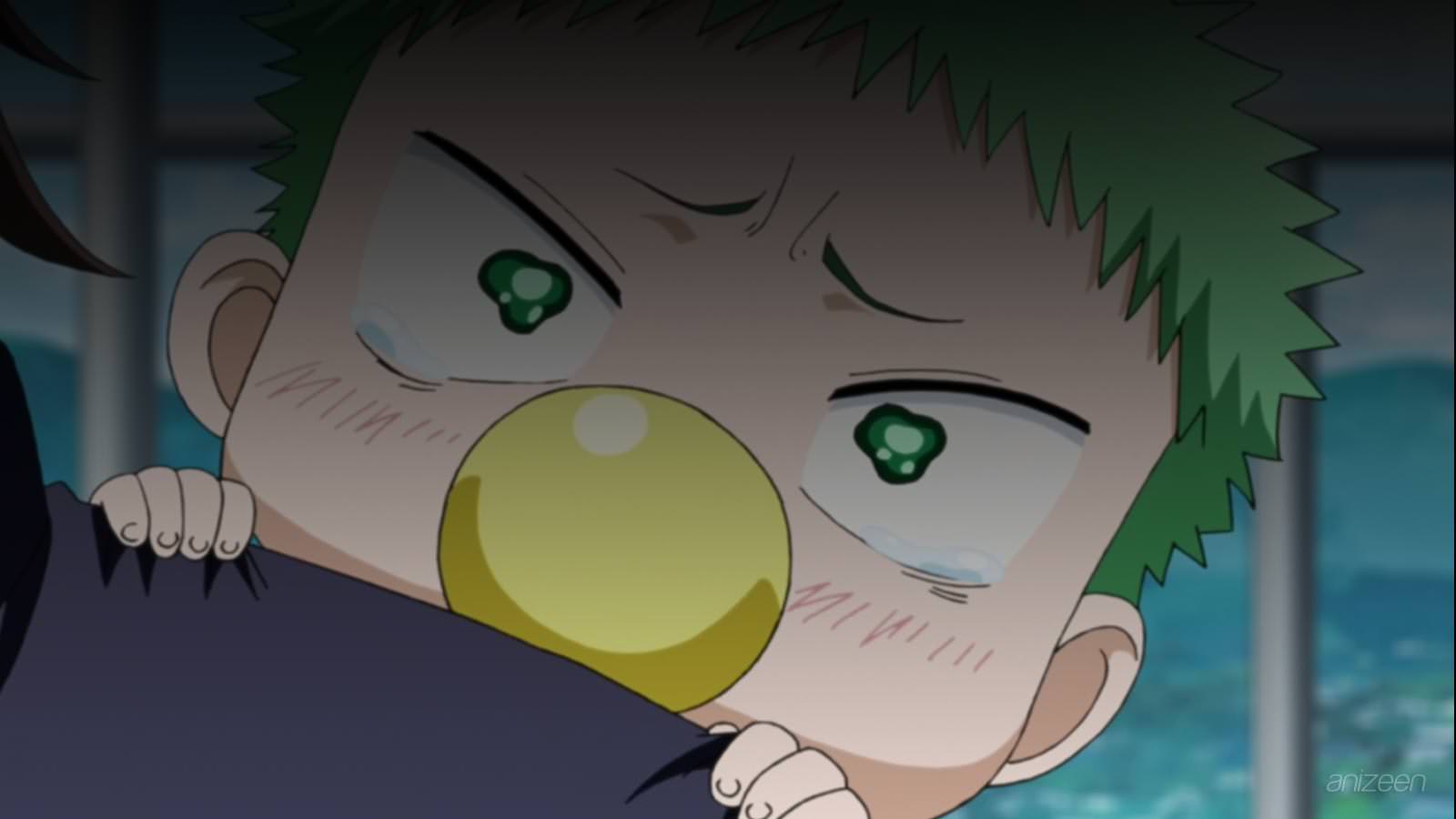 Tatsumi Oga is a delinquent student at the worst high school in Japan. One day, he arrives at school with a small baby who emits massive shocks of electricity whenever it cries.

Oga claims he found him after splitting open a strange man who came floating along the river, though his friend Takayuki Furuichi doesn’t quite believe that story.

While they are at Takayuki’s house, they are approached by a woman named Hildegard who claims the baby, known as Kaiser de Emperana Beelzebub IV, is the son of Devil King who was sent to Earth to find a human to raise him so he could destroy humanity.

When attempts to retrieve Beelzebub fails, Hildegard notes that Oga has been chosen for the job. When Oga refuses, Hildegard attempts to kill him with a demon but Oga manages to beat it. When he is cornered and a bunch of thugs and his cheek is cut, Beelzebub goes into a tantrum that only Oga is able to stop.

When a damaged pylon nearly falls on Beelzebub, Oga steps in to save him and resonates with Beelzebub’s power, allowing him to disintegrate the pylon. After Oga recovers from the ordeal, Hildegard decides to stay with him to raise Beelzebub, much to Oga’s chagrin.

Tatsumi Oga is easily agitated and is always willing to fight, unless it will bring out the Zebub spell. He appears to have his own skewed idea of what a ‘man’ should be like, and attempts to pass on these ideals to Be’el. Despite being called evil by almost every character of the series, he has shown to have a calmer and, if only slighlty, warmer side to him, shown when he speaks with Hilda about his position as Be’el parent and assuring Lamia that if Be’el ever got sick again he would call her immediately.

Kaiser de Emperana Beelzebub IV is the son of the Devil King. He is very attached to Oga, clinging with a vice-like grip to Oga’s back. When he is agitated or sees blood, he will spontaneously electrocute anyone within his vicinity. Beelzebub’s characteristic cry is “Daabuu!” and he is always naked with a pacifier in his mouth.

Hildegard is the demon maid who helps Oga take care of the child, chosen to be the child’s “Mother”. She reveres the Demon Lord and feels that it is a great honor to act as Beelzebub’s caretaker. Her most characteristic features include her gothic lolita appearance and (as pointed out by Oga’s mother) “great big knockers”. She prefers that people call her Hilda, instead of her full name.

Takayuki Furuichi is Oga’s best friend and along with him is a 1st year at Ishiyama High. After finding out about Oga’s baby he joins him up in his search for a new parent. He is actually the most normal person in the series because he tries to add common sense to everything.