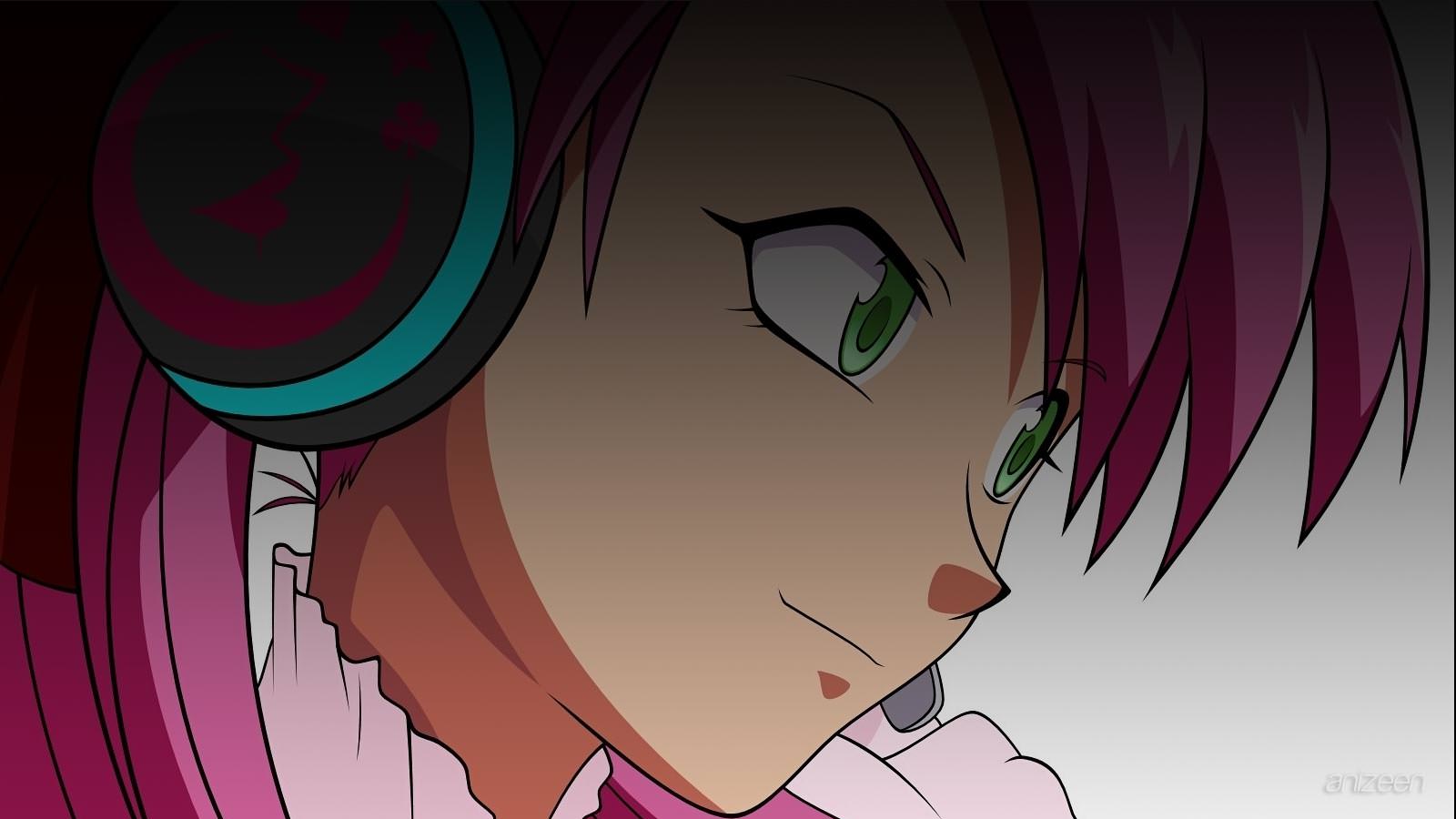 Basquash takes place in the world of “Earth Dash”, an alternate version of Earth where human society is far more advanced on the moon than on the planet’s surface. A popular sport is Big Foot Basketball (BFB), where players ride mecha called “Big Foot” in a giant basketball arena, playing basketball.

Dan JD is a boy who lives in Earth Dash. The official BFB games are televised, but Dan – masquerading as Dunk Mask – and his friends have been causing havoc by destroying the public TVs. Somehow, Dan JD and his friends took the sport to the streets, and renamed it as “Basquash”

Dan knows though that no matter how many TVs they destroy, they won’t get rid of Big Foot Basketball, and he’s considering doing something about an upcoming BFB League game. The reason he doesn’t like BFB is because a Big Foot accident caused his sister Coco JD to be confined to a wheelchair.

While thinking about this, he’s approached by a girl who claims to work with Big Foot. Dan gets so worked up about them that he accidentally crushes a water bottle and gets himself soaked, so the girl drags him off to her home.

Along the way, they see the moon in the night sky, and Dan reveals how he believes that they can get anything if they can reach the moon, including a cure for Coco’s leg.

In the end, Dan gets free tickets to watch live action of the BFB League game, what surprises him and his friends is how boring the game is live compared to what it’s like on TV, and Dan’s friend Ganz realizes that it’s because the TV version has special effects added.

Dan gets really mad, and after some misfortunes, he decides to show the world how the real “Basquash” is meant to be played.

Dan JD is a young boy who loves basketball but despises BFB due to an accident that crippled his sister. His attempts to demoralize the sport ended up making it more popular when he invaded an official BFB game and awed the crowd with a highly-skilled demonstration under his alias, “Dunk Mask“, on his own BFB. Due to the commotion, he is imprisioned for a year and charged with a massive debt, numbering 5.3 billion Rollings, the local currency.

Sela D Miranda is a skilled basketball and BFB player with the nickname of “Platinium Gale“. She likes to be abused, but hates weaker men and looks for a suited match for her. She believes Iceman to be this special man and usually asks for “his genes”. When Dan played at the official BFB game one year ago, she claims to have believed him to be “the one” as well. She has shown to have some affection for Dan, though it may have faded.

Iceman Hotty is a vicious BFB player with a shrouded past who holds a grudge against Dan. Skilled at long shots, he beats his enemies by throwing balls at them with crushing speed. He wears glasses and has dark red eyes. His savage game play contrasts vastly with his personality off the Big Foots, being a cool and polite person.

Miyuki Ayukawa is Dan’s childhood sweetheart who moved from his neighborhood when she was a child but returned to his side as a well endowed teenager and a skilled mechanic who cares for Dan and co’s Big Foots, something she does happily, as it give her more work to do (and get paid for).

Coco JD is Dan’s little sister, whose legs were crushed by a Big Foot, being confined to a wheelchair since then. Dan claims that she used to be a basketball player even better than him, and was severely affected when he learned she could no longer play. She treats her brother coldly and seems indifferent to him, despite his many attempts to bond with her. Whether or not she sincerely cares for him is questionable.

Ganz Bogard is one of Dan’s friends and former accomplices during his Dunk Mask era a year ago, selling the parts of the TV’s they robbed. He gave the group the idea of giving the Big Foots sandals made of tires when he brought a large amount of human-sized tire sandals for them to deliver.

Spanky is Dan’s pet with shapeshifting abilites. He usually transforms himself into a mask which Dan used to hide his face when his identity as “Dunk Mask” was unknown to the public. Alternatively, he may become a set of headphones, or even a restricting face-cover.

Basquash!
(バスカッシュ!)
Is a sports and sci-fi anime production scheduled to air on Mainichi Broadcasting System in 2009 that involves characters playing basketball while riding mecha. This new series premise was created by Thomas Romain and Shoji Kawamori, with the animation produced by Satelight. The project direction is being handled by Shoji Kawamori, while the series direction will be done by Shin Itagaki. The series started airing in April 3, 2009.
OP
1. “nO limiT” ~ Eclipse; Boku ga Boku no Mama” ~ THE SPIN
ED
1. “free” ~ Yu Yamada; “Futari no Yakusoku” ~ Eclipse
WEB