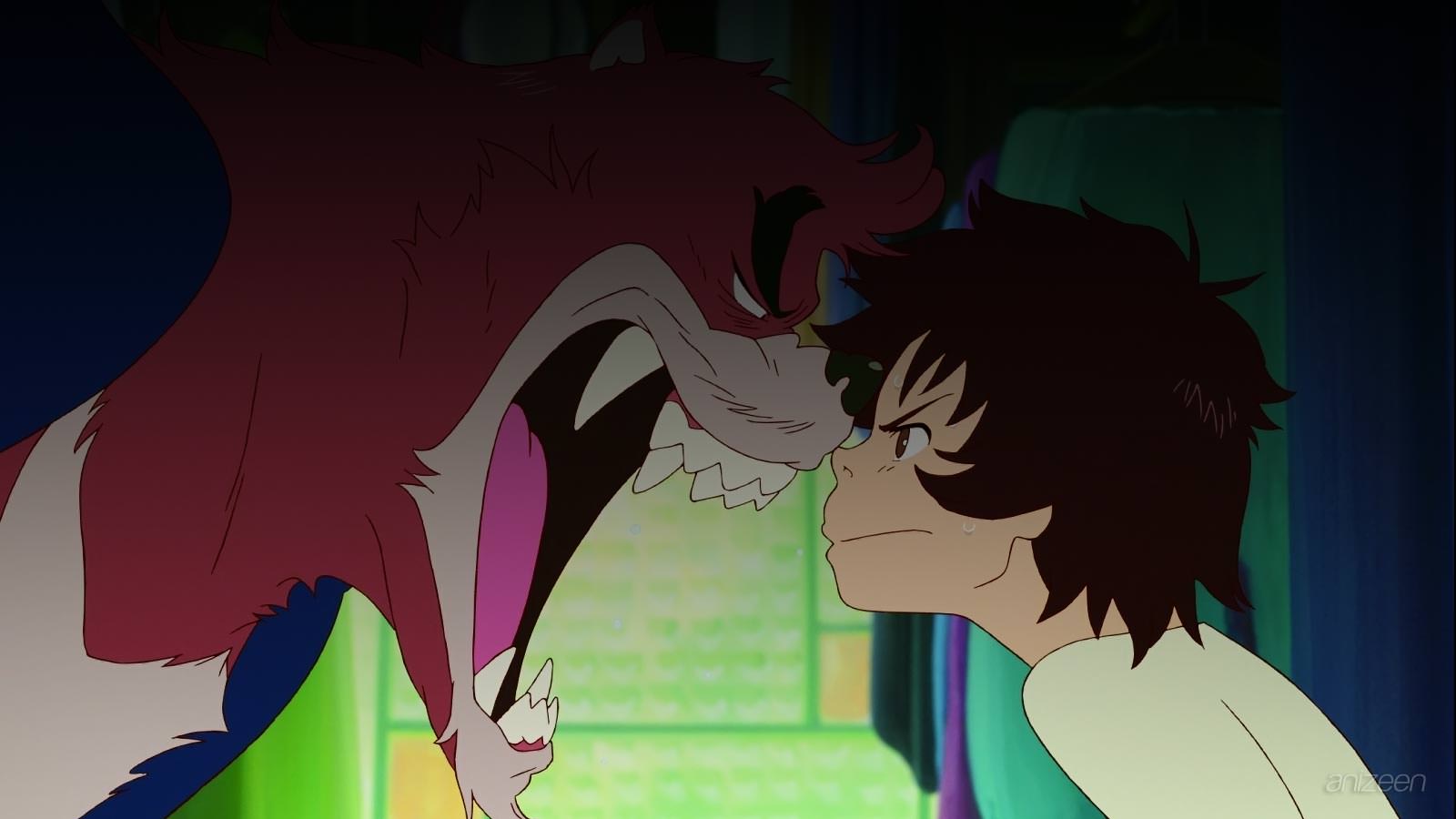 Ren has lost his mother, whom he has lived with since his parents’ divorced. With no news of his father and refusing to live with his legal guardians, Ren flees into the streets of Shibuya resenting everyone.

After stealing some food he finds an alley to sleep and a mouse to share his food with. Meanwhile, in the Beast Kingdom, the lord has decided he will retire in order to reincarnate as a deity and names two potential successors: Iouzen, father of two and very popular, and the powerful Kumatetsu, a loner and very lazy.

The Beast Lord suggests that Kumatetsu find a disciple in hopes of inspiring him to succeed him one day.

While wandering the streets of Tokyo with his makeshift companion, Tatara, Kumatetsu meets Ren and suggests that the boy becomes his disciple. Though Ren is fiercely opposed, he follows Kumatetsu back to the Beast Kingdom out of curiosity but is ends up unable to go back to the human world.

Taking Ren as a disciple, Kumatetsu gives him a new name, Kyuuta in relation to his age, 9. Their initial training sessions go poorly as Kumatetsu does not know how to teach, but Kyuuta realizes that he can learn from Kumatetsu by imitating him as he performs household tasks. The boy gradually finds that he can predict his master’s movements to improve his fighting skills and they soon begin in training together.

Eight years later, Kyuua has become a distinguished kendo practitioner and hopes to make his master proud. Through his relationship with Kyuuta, Kumatetsu gains his own supporters, including the younger son of Iouzen, and receives a number of requests from young beasts wishing to be trained.

Bakemono no Ko
(バケモノの子)
A 2015 animae fantasy film written and directed by Mamoru Hosoda. It was released on July 11, 2015. It won Animation of the Year at the 37th Japan Academy Prizes. It is now being aired in Latin American theaters, starting in Mexico.
OP
1. N/A
ED
1. “Starting Over” ~ Mr.Children
WEB