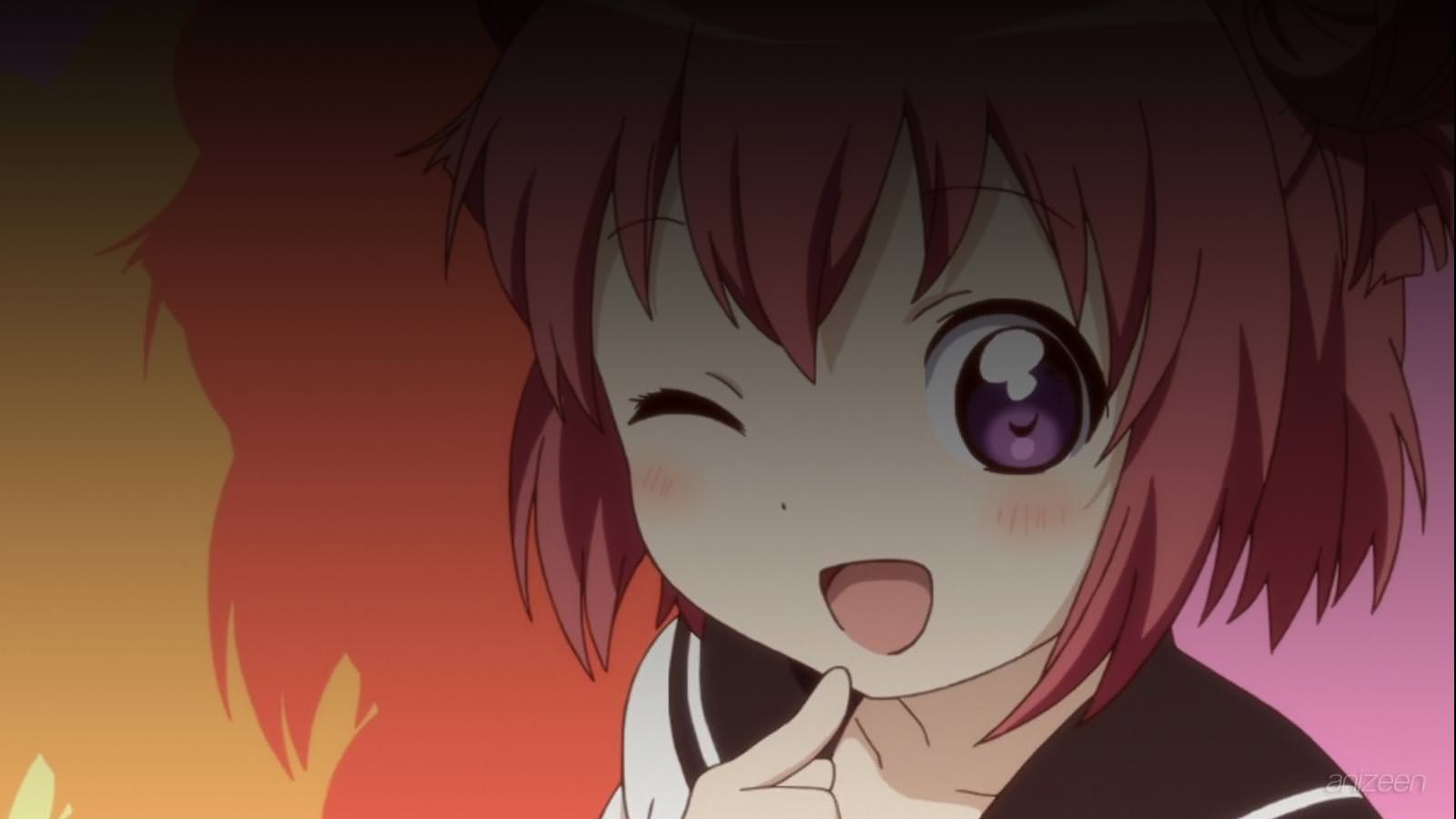 Akari Akaza is a clumsy girl who is about to start her middle school life. Her best friends Kyouko Toshinou and Yui Funami attend the same middle school and have come to pick up Akari, but she is not ready and has to hurry up, of course, everything would be easier if Akari just remembered that she has to wear the proper outfit.

Kyouko and Yui aren’t surprised that Akari has forgotten to wear her middle school uniform, still, they wait for her to change while peeking at Akari’s place. At that moment, Yui finds out a disturbing secret related to Akari’s big sister, in the end she prefers to keep things as they are and not tell the details to Akari.

Once at school, the girls have to introduce themselves to the class. Akari tries to put her heart on it, but ends up becoming shy and doing a simple introduction.

Now, the girls have to pick a club, and they chose the Amusement Club. Now, the girls establish on what used to be the Tea Ceremony Club, which has been closed. They secretly use the room and do whatever they like; after all, it is an Amusement Club, no?

As they argue what they should do with their middle school life, Akari reminds Yui about her doujin work and how much she has improved. Yui is serious and is having fun drawing a magic girl, exactly in that moment Chinatsu Yoshikawa, who wants to join the Tea Ceremony Club, enters.

She is the exact vision of Yui’s magical girl, of course, they gladly allow Chinatsu to join, no matter if she doesn’t know the Tea Ceremony Club is gone.

Akari Akaza is nicknamed Akarin, although she has such a small presence that she often pales in comparison to the other characters. Kyouko and Yui are her childhood friends, while Chinatsu is her classmates. She has a shy personality, but wants to have an interesting and fun time at school.

Kyouko Toshinou is a ditsy blonde girl who is often causing Yui bother and crushing on Chinatsu. Despite her lazy attitude, she often gets high scores in tests after cram sessions and is also a talented doujin artist. She likes rum & raisin icecream and a majokko character known as Mirakurun.

Yui Funami is an intelligent cool-headed girl who often acts as the voice of reason. She looks as a reliable person and usually lives alone in an apartment complex, but actually she feels lonesome easily. Although generally quiet, she will sometimes burst into laughter upon hearing Ayano’s puns.

Chinatsu Yoshikawa is a girl who originally wanted to join the Tea Ceremony Club, but ended up joining the Amusement club. She is often chased after by Kyouko due to her resemblance to Mirakurun, though she herself has an obsessive crush on Yui.
More at: Wiki