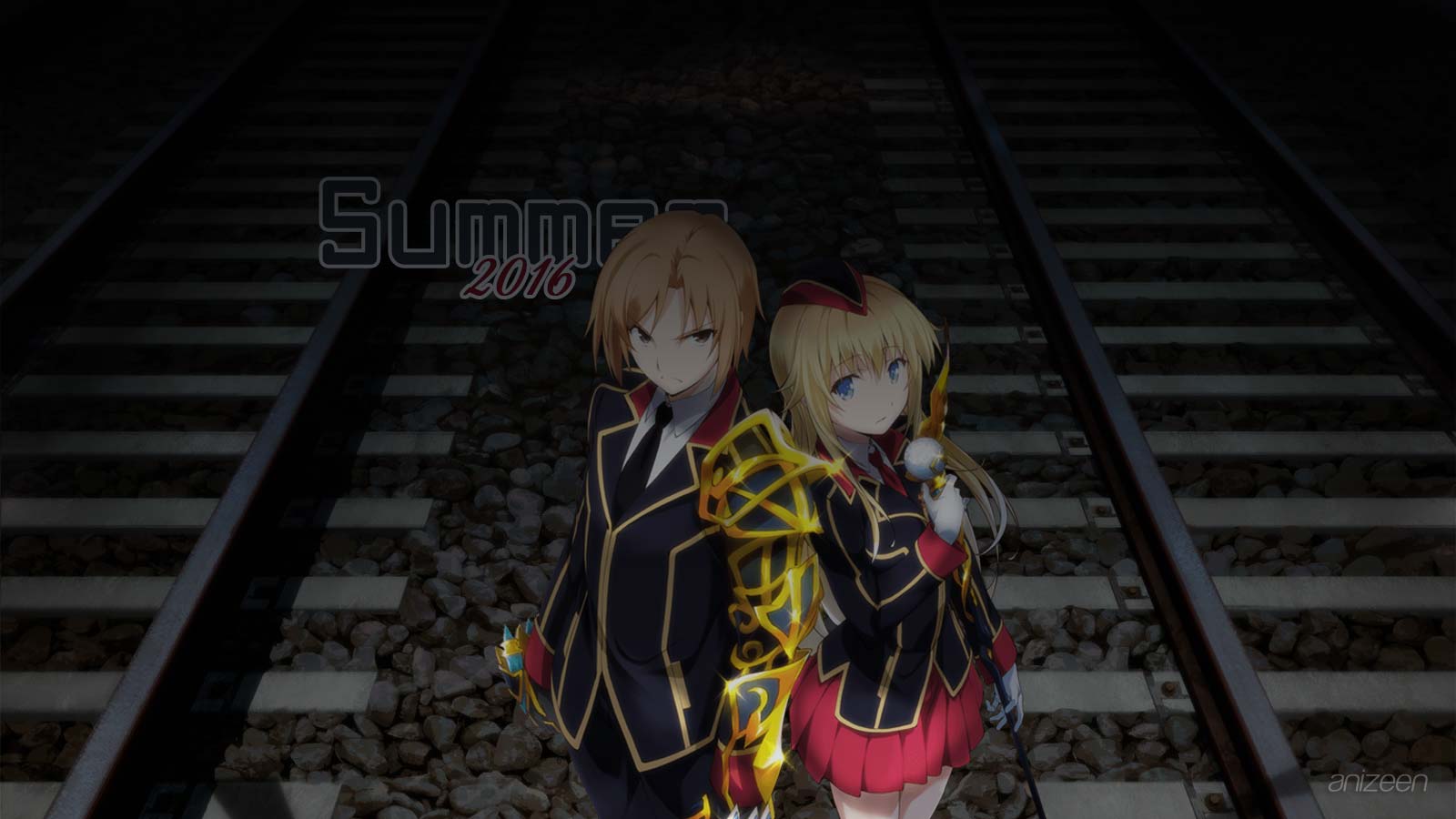 It’s that time of the year again, we have crazy weather all around the globe, but the heat is rising as usual in the north hemisphere. This means a time to relax, or work even harder.

In terms of anime, I’ll say there are high expectations for the Summer Anime Season 2016, we have plenty of series, specials and movies that, personally, I’d love to watch as soon as possible.

Let me start with Qualidea Code, the world is in chaos -yes it is the plot, not our reality- and a mysterious enemy has invaded Earth, in order to save the children, they have been evacuated and put to sleep, wishing the future is brighter. But the years go by and they awake with special abilities. Now it is defense time and they will fight back for humanity.

Meanwhile, in an old story revival we find Guts, once a wandering mercenary part of the Band of the Hawk. Now, he seeks sanctuary from the demonic forces that pursue him and his woman, but also vengeance against the man who branded him as an unholy sacrifice. In Berserk, Guts will struggle agains his destiny.

In a different time and place, we find a jobless man named Arata, who simply can’t find a way of living. And every time he tries to get a job, he ends up in worse condition than before. In ReLife, one day he finds himself in the ReLife Research Institute, where he is offered a one year position, but before that, he has to take a strange drug that will turn him into a 17 year old once again.

Simultaneously in Tokyo, Kaho leaves the comfort of her home to attend high school and live in the assigned dormitory, but on her way she is almost hit by a truck, but a bold and handsome guy appears to save her. In Hatsukoi Monster, Kaho is in love, and she won’t miss her chance. She follows him and simply asks him out, she is shocked to hear she has been accepted. But his new boyfriend is not exactly as expected, he is just a bit younger and is the son of her new landlord.

In the meantime, in DAYS, a couple of young men will cross paths as they pursue their dream to play soccer. A guy with no talent, but a raging heart and a genius will learn what friendship has to offer.

But sometimes, life is not as expected, unless you receive a letter from yourself coming from a distant point it time. In orange, Naho receives such letter from her 27 year old self. As you might guess, this changes her life completely. She warns herself to kee an eye on Kakeru, a tranfer student who will be joining her class.

One day, Seigi rescues a homeless old man from some thugs, and the man gives him an object that imprints a tattoo on his palm. However, it is not an ordinary tattoo, but a special weapon that gives Seigi supernatural powers. In Taboo-Tattoo, Seigi will meet a woman who is collecting the tattoos, but will end up in a worldwide conspiracy.

Now, if you needed your summer doses of vampires, we have what you need in SERVAMP, or at least that’s what it seems. Mahiru is an ordinary high school student, but one day he meets Kuro, a strange cat who claims to be a servant vampire. Mahiru wants to live a normal life, but as you might guess, he will end up between an ancient conflict between vampires and humans.

About living in peace, Handa is admired by his peers as a calligraphy genius and given the utmost respect, but he doesn’t seem to like this kind of attention, actually, he thinks they are all making fun of him. In Handa-kun, he will be horrified and clueless about his school life.

Then, in a different world we find Kotarou, who lives in a strange city where buildings have collapsed as trees arise. Because of this, the cities seem rural, but are filled with nostalgia. In Rewrite, Kotarou has a strange ability and he can become stronger and faster any time he wants. Now, he wants to investigate all the supernatural mysteries of the world, and five girls will come along to help him.

Finally, I’d like to mention an original net anime (ONA) that seems interesting and well produced. In Planetarian: Chiisana Hoshi no Yume, you will enter a world that failed to conquer space, and 30 years after is on the brink of extinction, as a perpetual and deadly rain falls on Earth. But one day a man enters an abandoned city where he meets Yumemi, a companion robot that attends a planetarium. The robot considers the visitor as a customer and greets him with a forgotten kindness. The project will end with a movie at the end of the season.

And put special attention to this summer movies, I think Accel World: Infinite Burst, ONE PIECE FILM GOLD, Rudolf to Ippaiattena, Kimi no Na wa. and Eiga Koe no Katachi will be really good.

Have a great Summer!