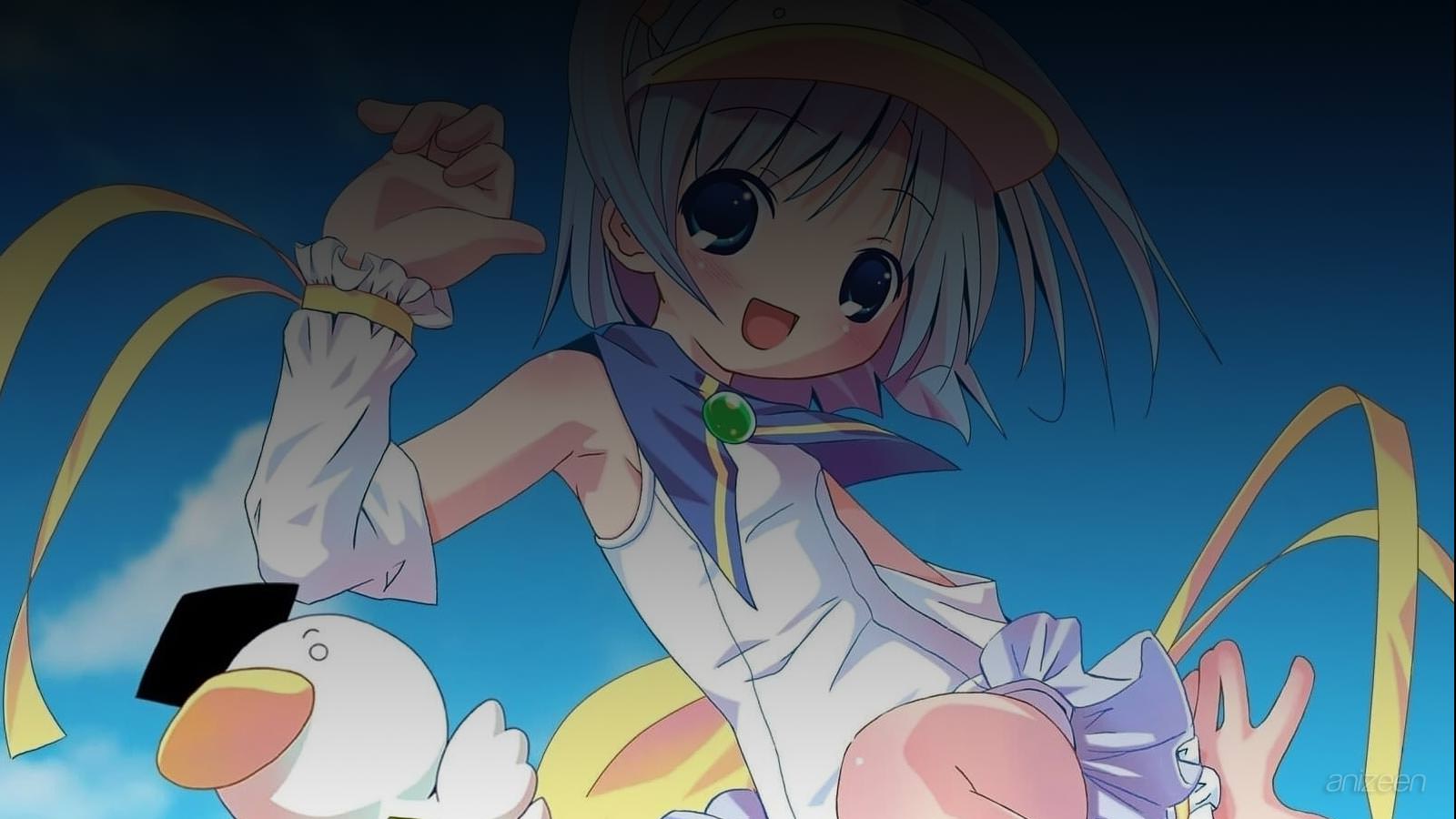 After finding out that Nao is considering just going to work after finishing high school instead of going to university, Ink runs off to the temple to pray. While Ink is standing in front of the temple a talking duck falls from the sky and on top of her.

The duck is a powerful sorcerer, named Ah-kun, from a parallel magic world who has been dumped into the human world by unseen enemies. In the magic world, Ah-kun is a man, but on earth he is stuck as a duck, albeit a lecherous duck. Ah-kun tries to convince Ink to become a magic girl so that she can help people in need.

Ink isn’t interested because she has other more interesting things to do. But Ink suddenly realizes that she can become a “magic teacher“, help Nao with his studies, and thus accomplish her dream of going to university with him.

Ink Nijihara is high school student, although she looks like an elementary school student. She has a crush on a boy from her class, Nao Tezuka. Nao has problems with English and Ink becomes a magical girl, Pastel Ink, to help him.

Ah-chan, Ink’s assistant and the complementary mascot character, comes from Alphabet, a magical world. He used to be a human but the King turned him into a duck as a punishment for something. He needs Ink’s help in order to return to his human form. To give Ink more trouble, people from Alphabet are after him.

Sumi Kuroi is also in love with Nao and becomes Ink’s main rival.

Ka-kun, a magician in the magical kingdom, usually in the form of a cat, becomes Sumi’s partner.

MOETAN
(もえたん)
Is a series of English language study aid published by SansaiBooks in Japan. Targeted at otaku, it attempted to teach English words using examples drawn from computer games and anime. In the reprint of first MOETAN book and the bath towel sold during Comic Market 69, MOETAN stands for ‘Methodology Of English, The Academic Necessity’. The acronym may have been chosen as a play on combining the words moe and -tan, both terms of cuteness used in relation to girl characters in anime, to create a portmanteauic double meaning. Bandai Visual, Planet Entertaiment, Actas Inc, Hakuhodo DY Media Partners Incorporated produced a television series based on the book. The TV series premiered on Chiba Television on July 8, 2007, followed by TV Kanagawa, TV Osaka, TV Saitama, and TV Aichi.
OP
S1. “Mahou Shoujo Magical-tan!” ~ Yukari Tamura, Kaori Nazuka & Haruka Tomatsu
ED
S1. “Skip!” ~ Nomiko
WEB