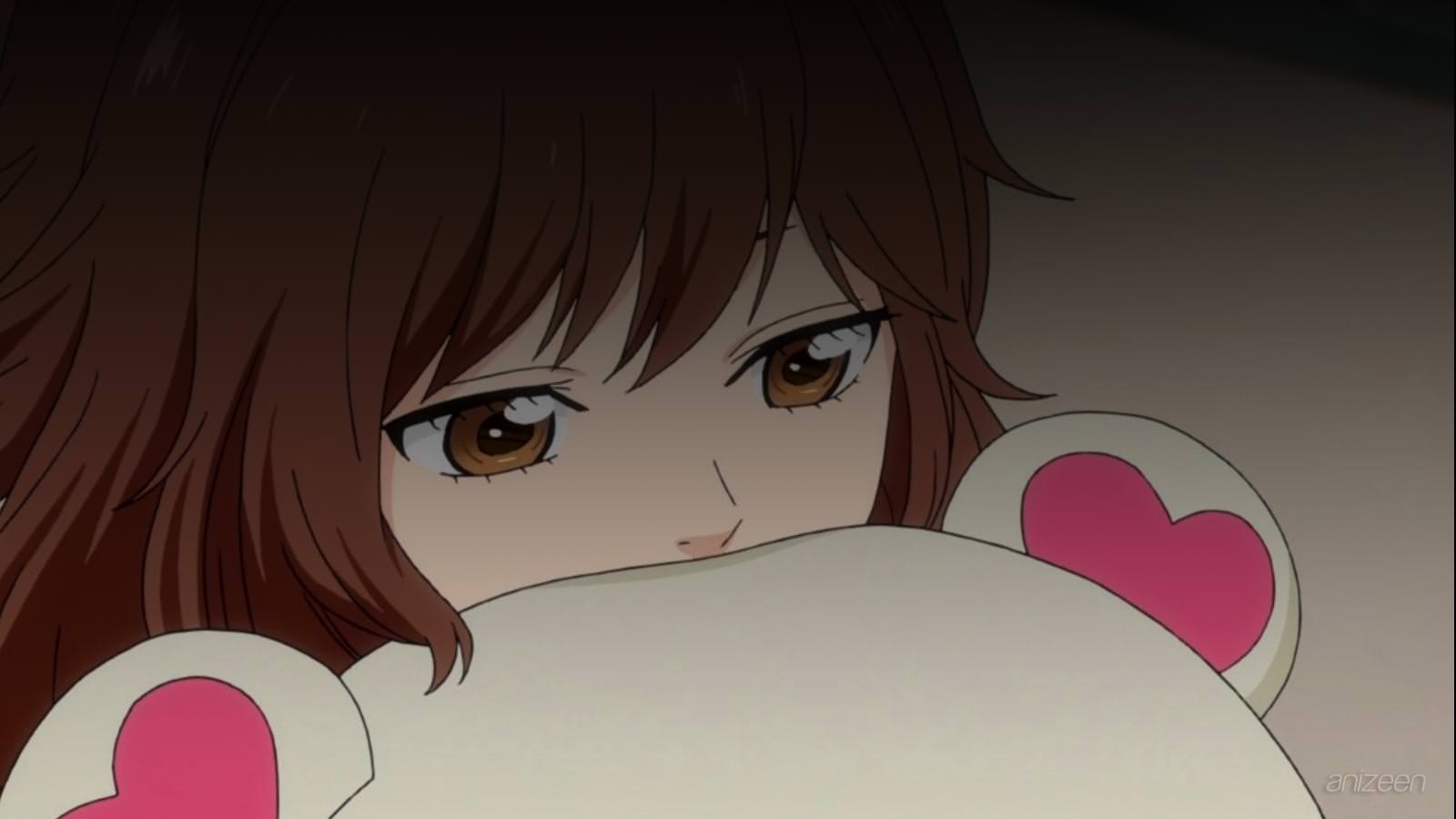 Futaba Yoshioka remembers when she was in middle school, she was running under the rain and took shelter in a shrine. Kou Tanaka is in the same school as Futaba, he is shy and awkward to Futaba’s eyes, but she likes him.

Kou seems to like Futaba and asks her out to attend a local festival, he even tell Futaba the time and place to meet. One of Futaba’s classmates begin to ask her about Kou and their relationship, annoyed, Futaba ends up saying she hates boys and Kou listens.

A day after that, Futaba waited four Kou at the arranged place, but he never shows up. After the summer break she finds out that he got transferred.

Now, three years later, Futaba has become less feminine, her bag is a chaos, eats a lot, and talks loudly. Basically, she couldn’t stand being alone and tried to change.

At the corridor, after buying lunch, she bumps into a boy and accidentally drops her bread; he catches before her eyes and says a few words. After hearing him, she suddenly has the feeling that the boy is Kou Tanaka and follows him.

It turns out that he is not Tanaka but Mabuchi, or at least that’s what it seems. On her way home Futaba finds herself following him without noticing.

He goes to the same shrine where they met in the past, when she reaches him, he says exactly the same words he used before. Futaba is so happy, but Tanaka is cold and distant.

His parents divorced and Kou changed his name, they start talking, he has been around for some time and Futaba didn’t recognize him at all. He clearly remembers that she hates boys, Futaba doesn’t deny it, but she tells him he was different.

He replies to her, and how he used to like her back, but he thinks it’s impossible to go back, time has gone and they have both changed.

Ao Haru Ride
(アオハライド)
A shoujo manga series written and illustrated by Io Sakisaka. It began serialization in the February 2011 issue of Shueisha’s Bessatsu Margaret. An anime adaptation produced by Production I.G. and directed by Ai Yoshimura, premiered in Japan on July 7, 2014. A live action adaptaion is set for December 2014 and an OAD is slated for release tie-in with the 11th volume of the manga.
OP
S1. “Sekai wa Koi ni Ochiteiru” ~ CHiCO with HoneyWorks
ED
S1. “Blue” ~ Fujifabric
WEB