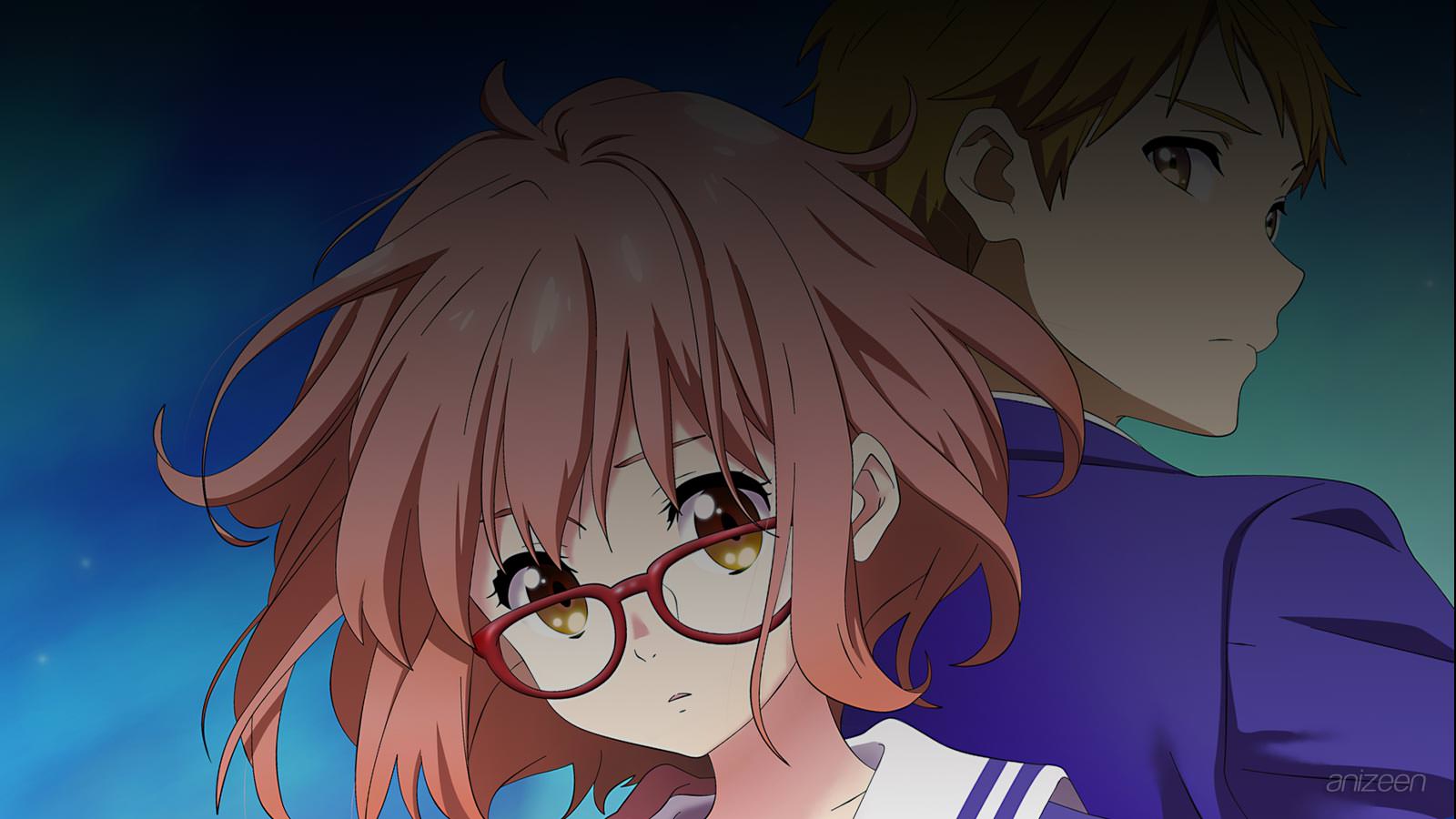 It is hard to know the words to say to a person attempting to commit suicide, but “I love girls with glasses” probably isn’t what you expected.

Certainly, revealing your fetish for women in eyewear is going to completely change her mind about suicide, or maybe it is too hard for Akihito Kambara. After all it looks like it worked, Mirai Kuriyama went straight from suicidal to a backward gainer over a rooftop fence and became homicidal within minutes of his declaration. Sees that the whole glasses fetish failed to impress.

There are a lot of ways to meet new people. sure that stabbing them through the heart is not the most highly recommended method. Yet, that is how Mirai Kuriyama introduces herself to Akihito.

While Mirai is an extremely cute in glasses, she’s also a has rare and scary talent. It’s not every day you see a cute girl users her own blood as a sword.

It turns out that Mirai is spirit warrior and her task is hunting youmu. This is unfortunate for Akihito, because he is half-youmo. Fortunately, he is also immortal, of course, that doesn’t make it any less painful.

Later in the Literature Club room, Akihito and his friend Mizuki are talking about what transpired on the top of the roof, from Mizuki’s reaction it’s clear there is more to Mirai than meets the eye.

Mizuki warns Akihito to stay away from Mirai but that proves quite difficult with Mirai stalking him and attempting to kill him at every opportunity.