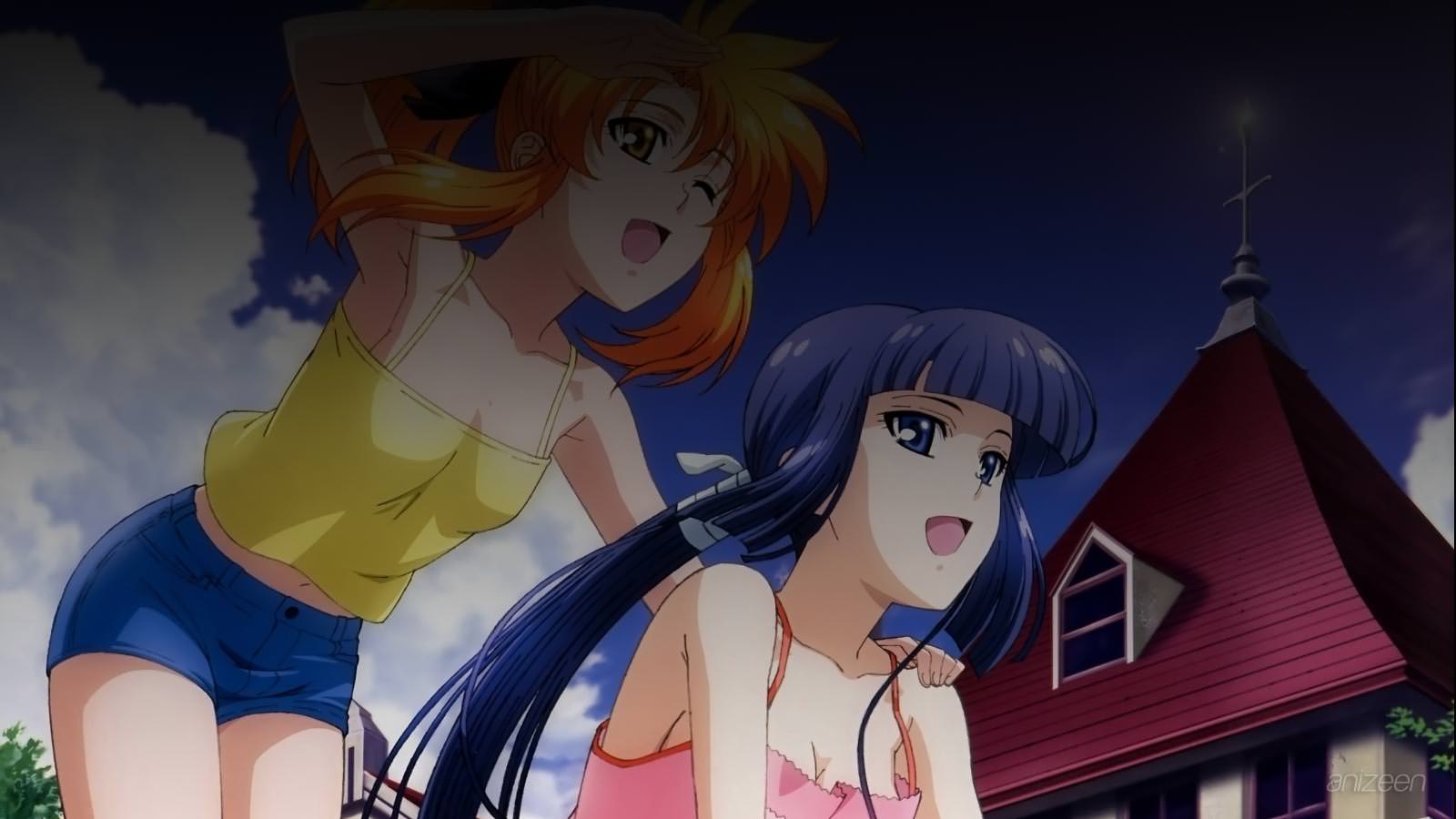 Three years ago, Tomoharu gets involved in a plane crash and lands in hospital, where he meets Misao, a female ghost.

Now, he starts to live alone when his mother remarries. On his first day there, a mysterious lady, Shuri, says that she is there to see Tomo as a favour to Naotaka, Tomo’s older brother who is a travelling student and happens to be paying for Tomo’s house. The favour is leaving Tomo with the mystery box, which Tomo doesn’t particularly want to take since he has no clue what it is.

Tomo’s got a friend, Takuma Higuchi, who is both a pervert and a paranormal fanatic. He is hoping to score big in the paranormal department in Tomo’s new house, which looks pretty old and likely to be haunted. But the poor guy doesn’t realize that there is a ghost right next to him.

During the night, Tomo is visited by another unknown girl who has one green eye and one blue eye, and starts to attack him and asks for something called “Asura Machina” and “Extractor”.

Realizing that it was the silver suitcase, Tomoharu decides to let it go, but was asked to open it by Misao and Shuri. As he does, it unleashes a large black knight mecha known as “Asura Machina”.

Misao Minakami is Tomo’s childhood friend. When he was involved in an accident three years ago, she became a “ghost”. Most people cannot see her as she is a spirit. She possesses a link with the Asura Machina.

Tomoharu Natsume is sent to live on his own so he will not be in the way of his mother and new boyfriend. Accompanying him is Misao, a girl spirit. He was in a terrible incident as a young boy. He opens a white case called the Extractor given to him by Shuri and releases the Asura Machina.

Kanade Takatsuki seems to have two sides to herself. The first night at the school, Tomo is attacked by Kanade, where she has one blue eye and one green eye and wears the outfit of a miko. The next day at school, Tomo confronts Kanade when she has two blue eyes. Kanade claims to have no memory of the previous night.

Shuri Kurosaki is the one who gives Tomo the Extractor. Later, she shows up at Tomo’s home and protects him, using a giant rifle.

Takuma Higuchi is a good friend of Tomoharu’s. He is interested about supernatural things, and also often flirts with any beautiful girls he sees. It was through him that Tomoharu manages to find out Shuri’s identity.
More at: Wiki