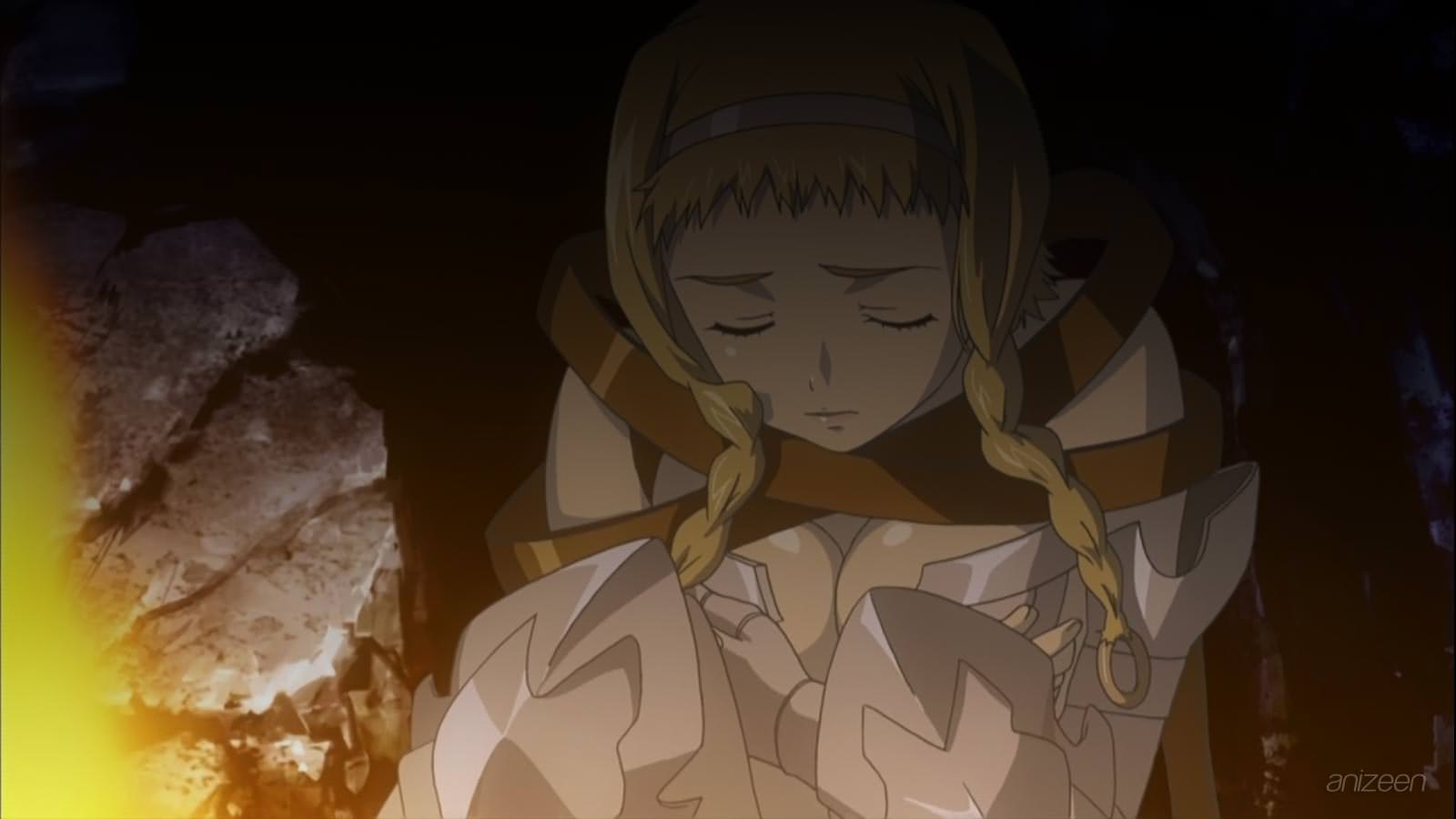 Reina seems not to be a smart girl. She is the eldest daughter of Count Vance and is usually searching for adventure, treasures, and just anything that takes her away of any kind of noblewoman activities. Unfortunately for her, Reina’s skills with the sword and negotiation are really poor.

Reina in the middle of a battle with a strange bunny-girl named Mellona. Mellona seems to be the unholy spawn of a bunny and a slime. With her superior skills, Mellona makes quick work of Reina, and seems ready to deliver the final blow using her best weapon, an attack that is hard to define is ready, but suddenly another girl, named Risty, appears and starts firghting Mellona.

Risty saves Reina from utter defeat but somehow decides that being greedy is not a bad idea. She ties up Reina and leads her back to the palace, unfortunately for her, Reina’s younger sister, Erina, and Claudette receive Risty with a couple of blows after that, Risty is imprisoned.

After that, Erina and Claudette take Reina back into the castle, making sure that she attends an official party in the evening. Reina attends the party and manages to survive the night without further embarassment.

Once ended, she spends the remainder of the evening in her room with nothing but her sorrows as company, but suddenly she is interrupted by Risty, who managed a jail-break. Then Risty gives Reina a very interesting present that belonged to Reina’s mother. An armour and sword that will make Reina think seriously about her future.

And maybe that future is in the long awaited Queen tournament, where any female over the age of 12 is allowed to compete. The winner will be crowned as the queen for the next four years, when the next tournament will take place.

The rules for the tournament are simple: murder is allowed. Any weapon can be chosen. The winner is decided when one of the participants flees or can’t move anymore. Such event is broadcasted trough a crystal sphere by the court’s magic teacher to all population to see and enjoy.

Reina is a blonde girl, not so bright. She’s the eldest daughter of Count Vance and loves to be in search of adventure, money, and just about anything that will take her away from the castle. Unfortunately, Reina’s skills with swordplaying, negotiation, and clothing are poor.

Mellona is a shape-shifting magic-using girl who has the ability to take many different shapes, including using the shapes of other characters. Her telepathically controlled hands that cover her breasts are especially memorable. Posseses a very peculiar final attack.

Risty is a tall, musclebound redhead, with a big mace, and a bigger appetite for money. She is a gorgeous character who fights and defends using incredibly sexy moves, she has many weapons in her arsenal.

Erina is the daughter of the influential Count Vance, and younger sister of Reina, a prominent Queen’s Blade competitor. She was trained from a young age in all manner of martial arts, from stealth to strict military discipline, and acts as both bodyguard, spy, and assassin for her father. Erina’s personality is vicious, but from a young age she has admired her older sister to an almost abnormal extent.

Claudette is known as the Lightning General, whose many sword attacks are gorgeous and lethal. True to her name, many of her attacks involve her lightning sword.

OP ~ Get the Door