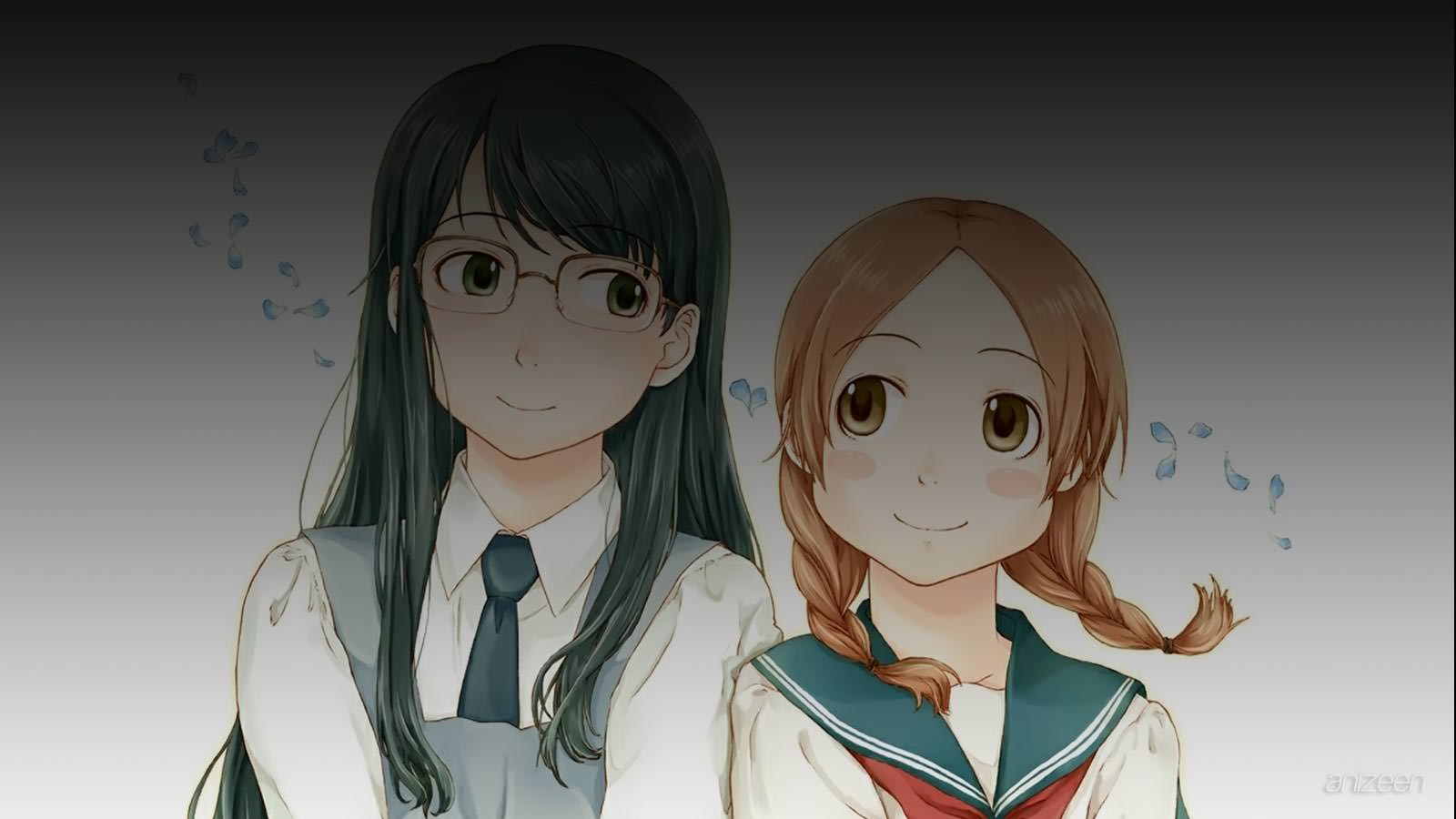 Fumi Manjoume is starting her high school life at Matsuoka Girl’s High School. Fumi is a quiet, bookish girl, seems to be a strong person, but actually, she is a crybaby who tends towards tears rather than confrontation.

Her family moved back to Kamakura, and when she was in grade school, her best friend was Akira Okudaira; Akira is starting high school at Fujigaya Girls Academy, a prestigious institution, and meets a girl in her class named Kyouko Ikumi.

On the first day commute to their respective schools, Fumi and Akira run into each other, but do not realize this until after Fumi and her mother pay a visit to the Okudaira residence. Later, Fumi discovers that her cousin Chizu is getting married, which comes to a great shock to her as Fumi has feelings for her cousin.

At school, Fumi will meet a gorgeous third-year student named Yasuko Sugimoto; the two quickly becomes friends. In the meantime, Akira joins her school’s drama club with her new friend and classmate Kyouko, who is in love with Yasuko, though Yasuko turns her down.

Yasuko and Fumi find themselves attracted to each other and, before she knows it, Fumi is going out with one of the most popular girls at the school. But, Fumi isn’t just another crush-struck teenager — Yasuko isn’t her first relationship with another woman.

Fumi comes to the inevitable conclusion that she prefers women, and her relationship with Yasuko provides the impetus for her to come out to Akira.

Fumi Manjoume is a first-year student at Matsuoka Girl’s High School, She is seen by other girls as being strong and refined, however they become surprised when they realise that Fumi is actually very gentle and shy. When they were much younger, Akira had been Fumi’s protector, keeping her out of harm and consoling her when she cried. Others have noted her for having pretty eyes and a soft, lady-like voice. She is often said to make “scary faces” when she is upset or irked. Despite her size, mature aura and sometimes foreboding presence, Fumi is a reserved crybaby.

Akira Okudaira is an innocent and cheerful girl in her first-year at Fujigaya Girls Academy. She was the childhood friend of Fumi and after meeting her again after ten years is friends again. She acts as a main source of advice for Fumi. Akira joins the drama club because her friend Kyouko Ikumi is a member of it.

Yasuko Sugimoto is a popular third-year senior at Matsuoka Girl’s High School. She is a cool upperclassman and the captain of the basketball team, though Fumi mistakes her for being in the literature club when they first meet. After visiting Fujigaya Girls Academy and rejecting Kyouko’s confession, she asks Fumi out, who accepts.

Kyouko Ikumi is a polite, refined girl who has attended Fujigaya since elementary school. Many people come to her for advice as she has an air of maturity that they others do not possess; despite this, she has a fairly immature side to her that only those who are very close to her are allowed to see. She is seen as a great beauty and has the attention of girls even from the middle school.