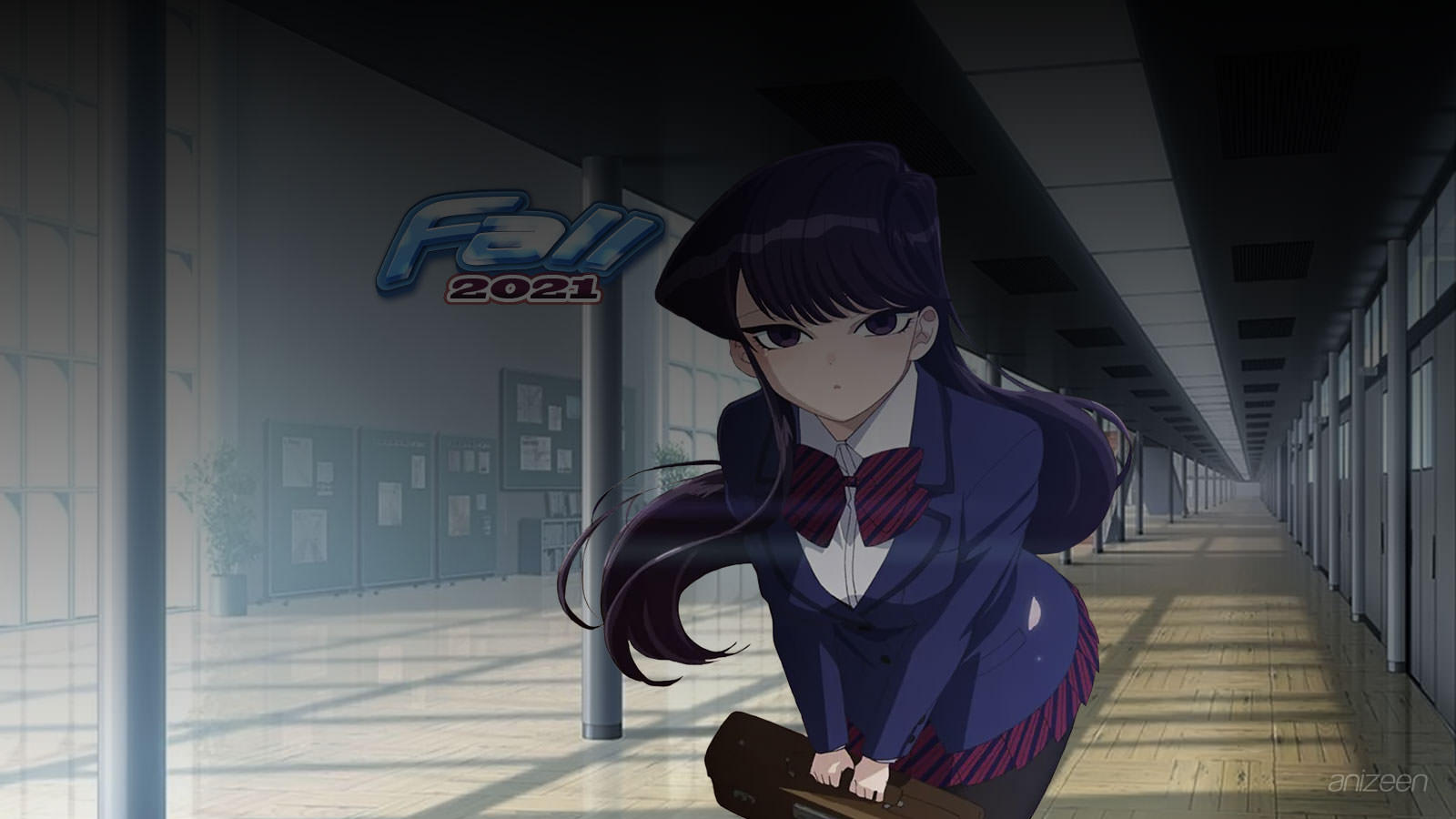 Another season has arrived, the site has been quite silent, however, behind the scenes there is an update cooking, please be patient.

As you might imagine, or actually have the experience, we have been anxious to return to a normal world, unfortunately, it will take more time than expected before that happens. In the meantime, we have the Fall Anime Season 2021 to end this chaotic year.

And if we talk about anxiety, I am sure you will relate to Shouko, a new student at the Itan Private High School. In Komi-san wa, Komyushou Desu, Shouko is gorgeous, and seems so elegant, however, in reality, she suffers from extreme social anxiety and communication problems. Hitohito, one of her classmates seems to understand her problem and tries to help her make friends with the rest of the class.

Then, in an ordinary and peaceful town, people don’t know that the earth has been destroyed, and 99.9% of the human race has been wiped out by an alien force from outer space. In Megaton-kyuu Musashi, a large hole is drilled and terraformed into a suitable environment for the aliens to live. Humans have no choice but to hide, survive and wait for the day of their resurrection. And the “chosen ones” will become pilots of giant robots called “Rogue”, and fight the invaders.

Back in our time and space, we meet Suzune, a fragile girl who has been stricken with illness since her childhood. In Selection Project, she aspires to participate in a national idol reality show next summer. Akari, her favorite idol has become her inspiration, and now she wants to do the same with others in the same way.

Now, lets go back to school, where Seiichi has been constantly bullied by his classmates. In Shinka no Mi: Shiranai Uchi ni Kachigumi Jinsei, one day, a strange voice orders everyone to prepare to be transferred, to a different world. As usual, he ends up on his own, and once in the new world, a huge red gorilla approaches him and instead of attacking him, it seems to propose to him. Seiichi thinks he has nothing to lose and at that moment they find the Fruit of Evolution, once they eat it, their lives change suddenly once again.

Later, you will meet Miko, a typical high school student whose life turns upside down when she starts to see all kind of monsters around her. In Mieruko-chan, despite being completely terrified, Miko decides to ignore them and she carries on with her daily life, pretending not to notice the horrors that surround her. Now, she must endure the fear in order to keep herself and her friend Hana out of danger, even if that means coming face to face with the absolute worst.

And if you like horror stories, share some time with Kousuke, who has the ability to see ghosts and spirits. In Sankaku Mado no Sotogawa wa Yoru, he meets Rihito, an exorcist with strong supernatural powers, but no social skills at all. Now, this odd couple gets together to solve all sort of cases that come their way, and their work methods may not be entirely safe.

One of those cases could be about a haunted house and a vampire, and a vampire hunter named Ronaldo is working on it. In Kyuuketsuki Sugu Shinu, he learned of a castle inhabited by a vampire, and it is rumored that the creature has kidnapped a kid. He intends to take the devil down, however, the vampire turned out to be Draluc, who is a wimp and turns into ashes at the slightest shock. And the kid? Well, he is not held captive, he is just using the “haunted house” to play.

Meanwhile, in a different city, we find that the greatest assassin on Earth has been betrayed and dies. In Sekai Saikou no Ansatsusha, Isekai Kizoku ni Tensei Suru, he is reborn by the grace of a goddess into a world of swords and sorcery, he’s offered a chance to do things differently, but there’s a catch… he has to eliminate a powerful hero who will end with the world unless he is stopped. Now known as Lugh Tuatha Dé, the master assassin certainly has his hands full, particularly because of all the girls around him.

But if we talk about heroes, Red used to be a member of the Hero’s party, a group destined to save the world from the Raging Demon Lord. In Shin no Nakama ja Nai to Yuusha no Party o Oidasareta node, Henkyou de Slow Life Suru Koto ni Shimashita, Red is kicked out of by his comrades, and decides to live peacefully in a town near the frontier. However, one day Rit, an adventurer from his past, shows up and asks to move in with him.

Back in Earth, or what is left after a black meteorite crashed, we find that monsters known as D2 have banned music, yes… music. In Takt Op. Destiny, we meet Takt, a conductor who partners with Unmei, one of the Musicart destined to fight back against the invaders. Takt yearns for music to be returned to the world, and Unmei wishes to destroy the D2, quite a match.

Later, in a distant future, humans live cramped in the “Labyrinth,” an underground world. In Sakugan, a girl named Memempu begs her father Gagumber to search for her mother who left their home. In the process, they are set to discover the unknown world, and as maps hold great value, they aim for the most dangerous, but also the most lucrative, job in the world.

Once again in our time, Futaba’s new job would be great if her senpai Harumi wasn’t so annoying. In Senpai ga Uzai Kouhai no Hanashi, she hates the way he laughs, how big he is, and she really hates how he treats her like a little child. Still, after a while, she finds herself growing closer to him, is this love?