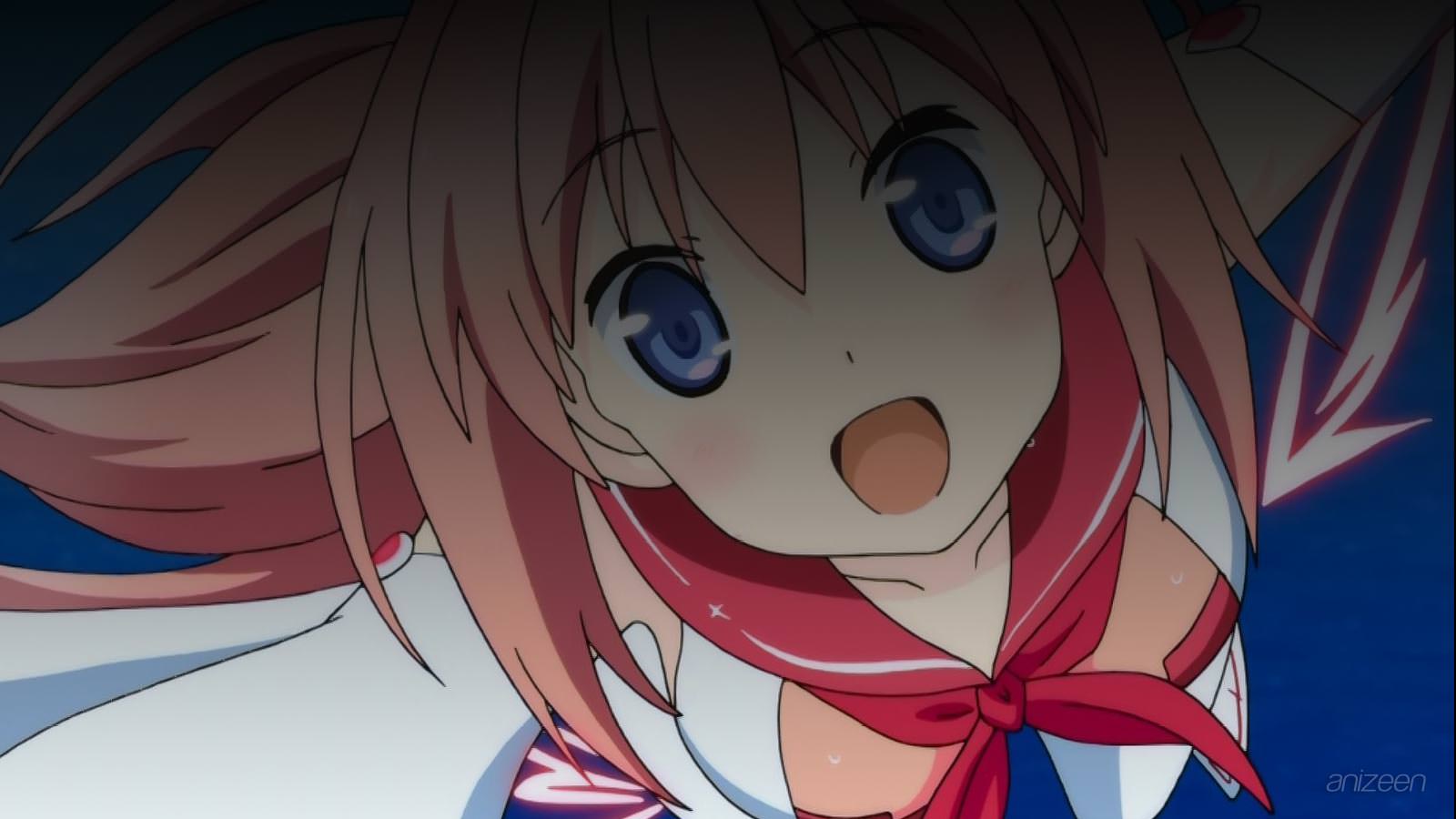 It’s been many years since Asuka Kurashina visited the archipelago, now she has transferred into the Kunahama Academy.

On her first day of school, right away she finds herself in trouble as her keys fall into a near beach front. Another student, Masaya Hinata, sees her despair and decides to help her. In the meantime, one of his classmates, Misaki Tobisawa, shows up and reminds them they should rush or they’ill be late.

Masaya and Misaki are not regular students, they are able to control Grav-Shoes, which allows them to elevate and fly. This is totally new for Asuka, who is thrilled as Misaki gives her a lift to school.

Once in class, Asuka’s training is assigned to Masaya and Misaki, they have to teach her how to control her Grav-Shoes correctly. Asuka is really excited and begins her training right away. She struggles and loses balance, but is able to elevate.

She feels embarrassed, but asks Masaya to help her become better, after all, it is really fun to fly. The next day, she has even more troubles to maintain balance but is able to control the basics.

On their way home, they see Reiko Satouin, vice-captain of the Takafuji Flying Circus club, being challenged. She is strong and wins easily, now she wants to demean Kunahama by taking one of the kanji on their insignia.

For Asuka, this is unforgivable, she doesn’t even know what Flying Circus means or how to play it, but she asks Reiko for a chance to beat her and keep their honor intact. Asuka barely can fly, but Reiko accepts her challenge.

Reiko feels pity of Asuka and changes the rules to have some fun with her. With everything settled, Reiko starts fast and has no mercy of a rookie like Asuka.

Everything seems lost, and Masaya shows up to guide Asuka. Masaya used to play Flying Circus at the highest lever, but abandoned his path after a crushing defeat. With his knowledge and unexpected talent from Asuka, she is able to surprise Reiko and score a point to beat her.