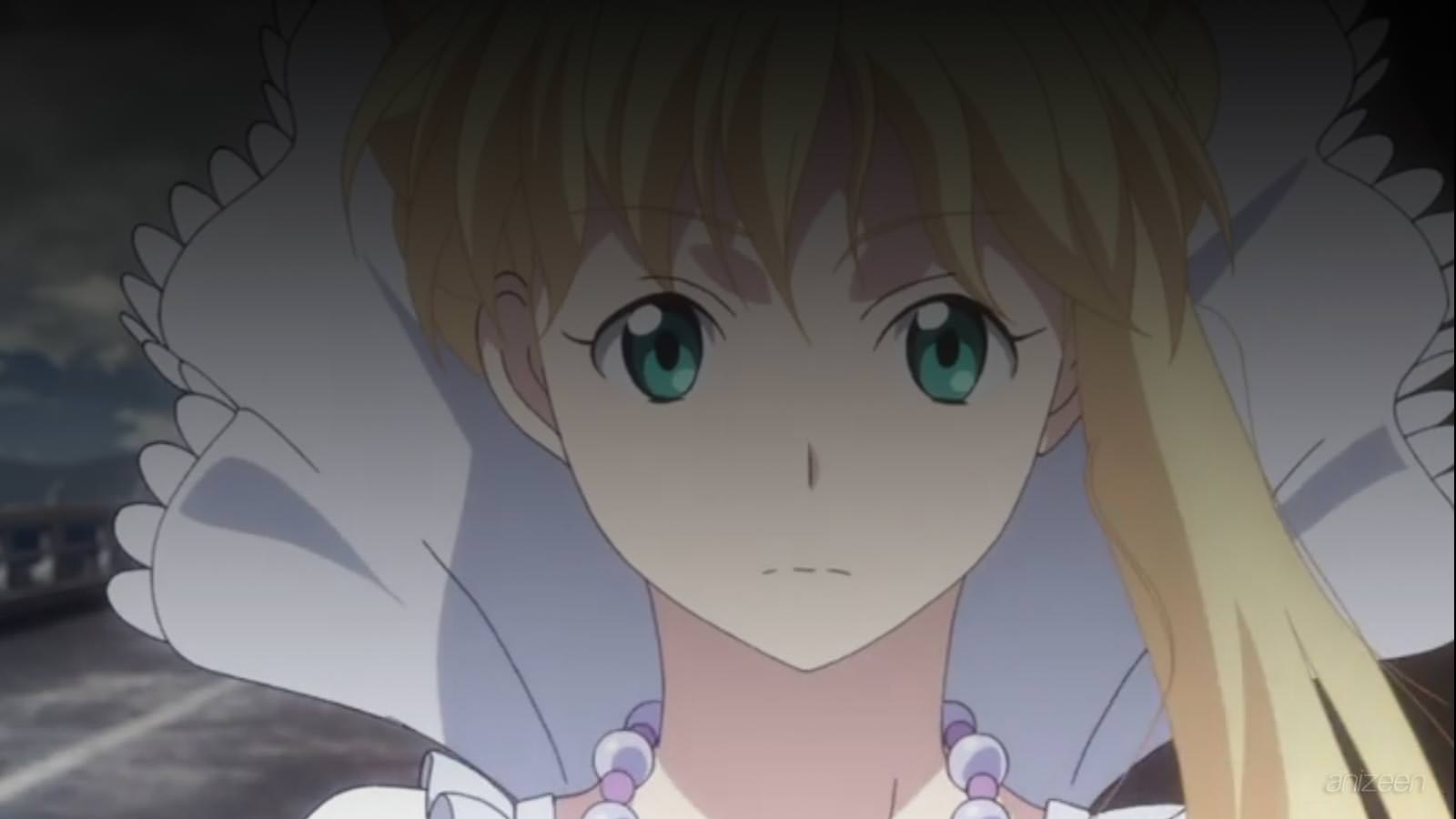 An advanced civilization from Mars have evolved from a human colony established hundreds of years ago in the red planet. Now, they know little about the human race, even though they are humans as well, but their beliefs and weapons are completely different.

The princess of Mars, Asseylum Vers Allusia, talks to Slaine Troyard. She, as an ambassador of goodwill, is going to pay a visit to Earth to demonstrate their intentions of coexistence between both planets.
Meanwhile, for unknown reasons a Mars’ rebel faction is planning an attack and betrayal on the Princess.

Down in Earth, Japan has imposed military training for every high school student, they will learn the basics and the use of Cataphracts, some sort of Mobile Armors.

Some students are talking about 15 years ago, when Heaven Fall happened. The big war between planets that cost a huge portion of the Moon.

Later, Lieutenant Marito is in a bar drinking, he seems to have problems with that, and a doctor comes to talk with him. He has a flashback about war, he states that there is nothing to do against the ultimate Mars weapon, and he remembers the power: Aldnoah.

Aldnoah seems to be a power gained in Mars, by humans. This energy parted themselves from humankind and created a new race: the Vers’ Clan. After that, they claimed Mars and its secrets were for themselves.

Now, a new war is on the rise, Mars’ Princess is attacked by the rebels. Her death will unleash a new war, or a massacre.

In Tokyo, Morito says that Martians have been waiting and surviving near the Moon just for this moment: when they can conquer the Earth.