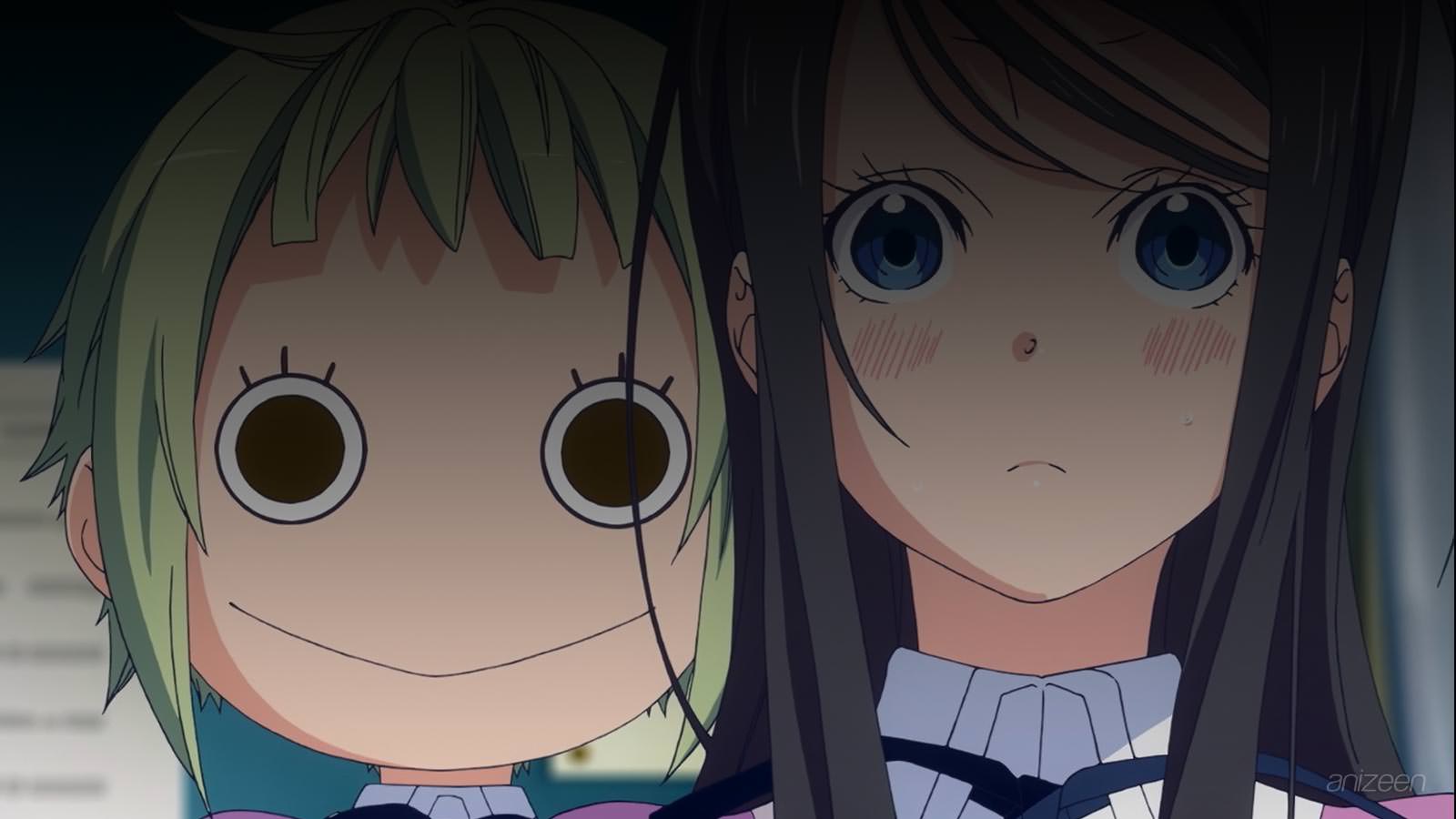 Hikari Kohinata is a carefree and cheerful girl, she is starting high school, and her grandmother, Kino, wonders if she is ready for it.

Hikari adores the ocean, and diving is certainly one of her strengths. On the other hand, is Futaba Ooki, an introverted girl who has just moved from Tokyo.

The previous day from the entrance ceremony, Futaba rides near to the ocean, next to Hikari’s place. Kino realizes she is not a local, and simply starts to talk to her.

Futaba is not exactly happy, she is in a strange place and fears her friends forget her really soon. She will attend Yumegaoka, just as Hikari.

In the meantime, Hikari is underwater, making an experiment. As the bubbles come to the surface, Futaba wonders what’s going on down. Kino follows up the conversation and Futaba tells her she has come to see the ocean.

As the waves crashes near the beach, Kino tells her to take a good look, that sometimes when we are young we fail to realize how big is the world.

Later, Hikari comes out of the ocean followed by some clients. Kino runs a diving facility and has prepared a nice soup for them, the water is a bit cold and they love the idea.

The next day at school, Futaba is not exactly in the mood, but she finds Hikari to be an interesting character. They end up in the same class and sitting next to each other. As the students introduce themselves, Futaba ends up petrified, totally opposite to Hikari, who introduces herself without hesitation.

Futaba is amazed, and overwhelmed, she feels uneasy with Hikari’s strong personality, but finds out she might be just like her, exploring a new world, and enjoying their time as high school students.