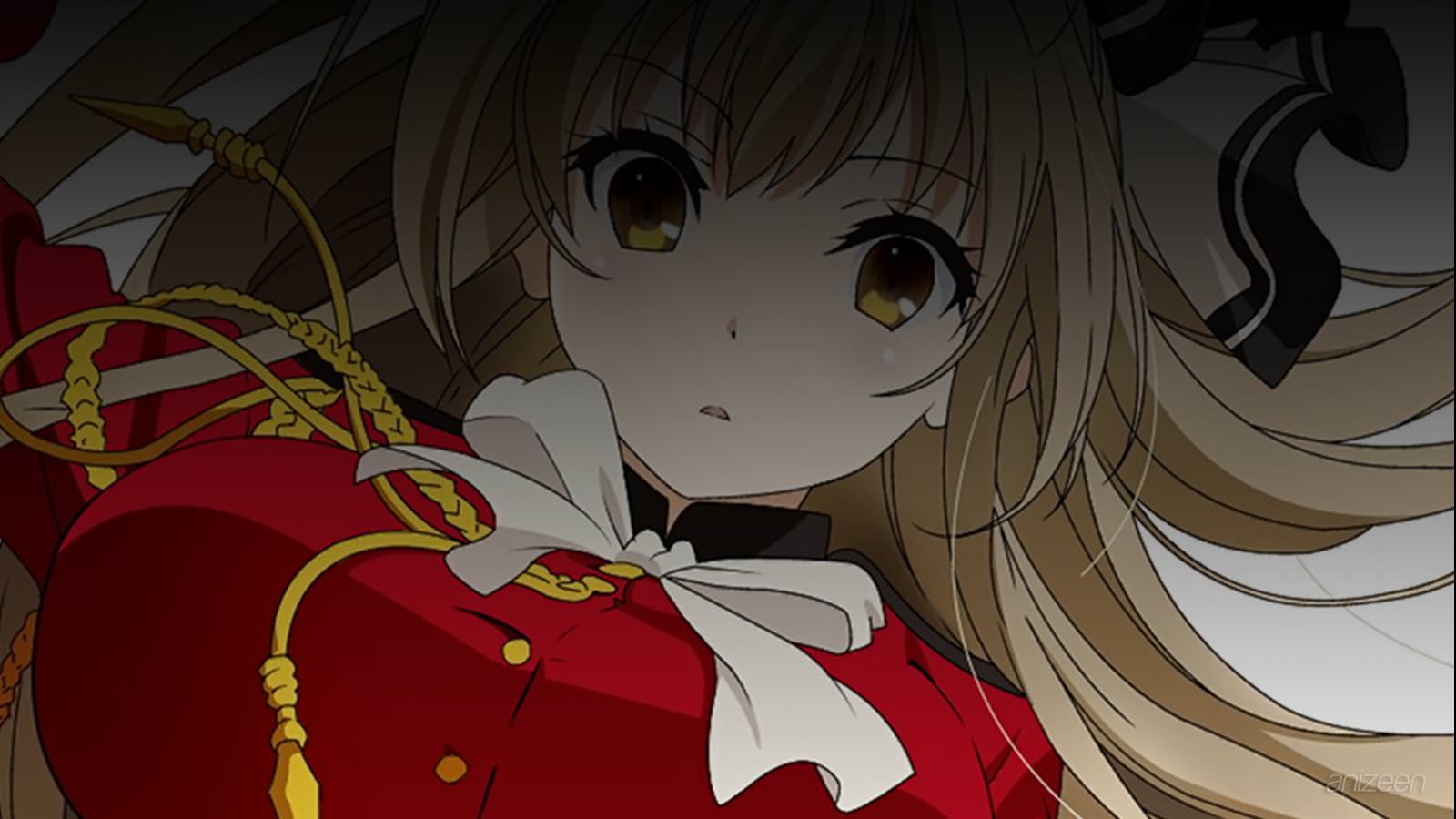 Isuzu Sento seems to know what she wants and she has no issues threatening Seiya Kanie with a gun. Revenge? No, she want to go with him on a date.

Seiya is so self-centered, actually, he is quite egocentric. But he seems to be quite captivated by his looks, his talents and everything related to him. Isuzu forces him to attend the Amagi Brilliant Park. Right before they arrive the bus driver announces the next stop is Amagi Brilliant Park.

Seiya is a bit surprised, it seems a nice place, unfortunately, that’s is a ‘love hotel’, not the actual amusement park.

The real park is a bit afar, and it is nothing but ruins. This is supposed to be a vibrant place, but it is awkward, filthy and not fun at all.

Izusu seems to have all the details about the park and Seiya has no clue what is she up to. As they hang a long they have multiple experiences. At one moment, one of the park’s mascots get into a fist fight with Seiya.

Somehow, they make it to the end of the day in one piece, Seiya is sick of that place and simply tells Izusu that a place of dreams begin exactly there, dreaming on becoming a fun and loving amusement park.

Then, Izusu introduces him to the park manager, a shy girl named Latifah Fullanza. She describes that the Park actors are actually residents from a Magical land, and if they are not able to get enough customers in a determined time, the park will be shut down.

She simply asks Seiya to take over the manager position and help them. In order for him to believe, she gives him some magical powers.

It seems that Seiya and Latifah met a long time ago, as he fades in a distant memory, he faints.

The next morning, Seiya is in his room, he thinks everything was just a dream, but as he enters the bathroom, she sees Izusu changing clothes and runs out astonished.