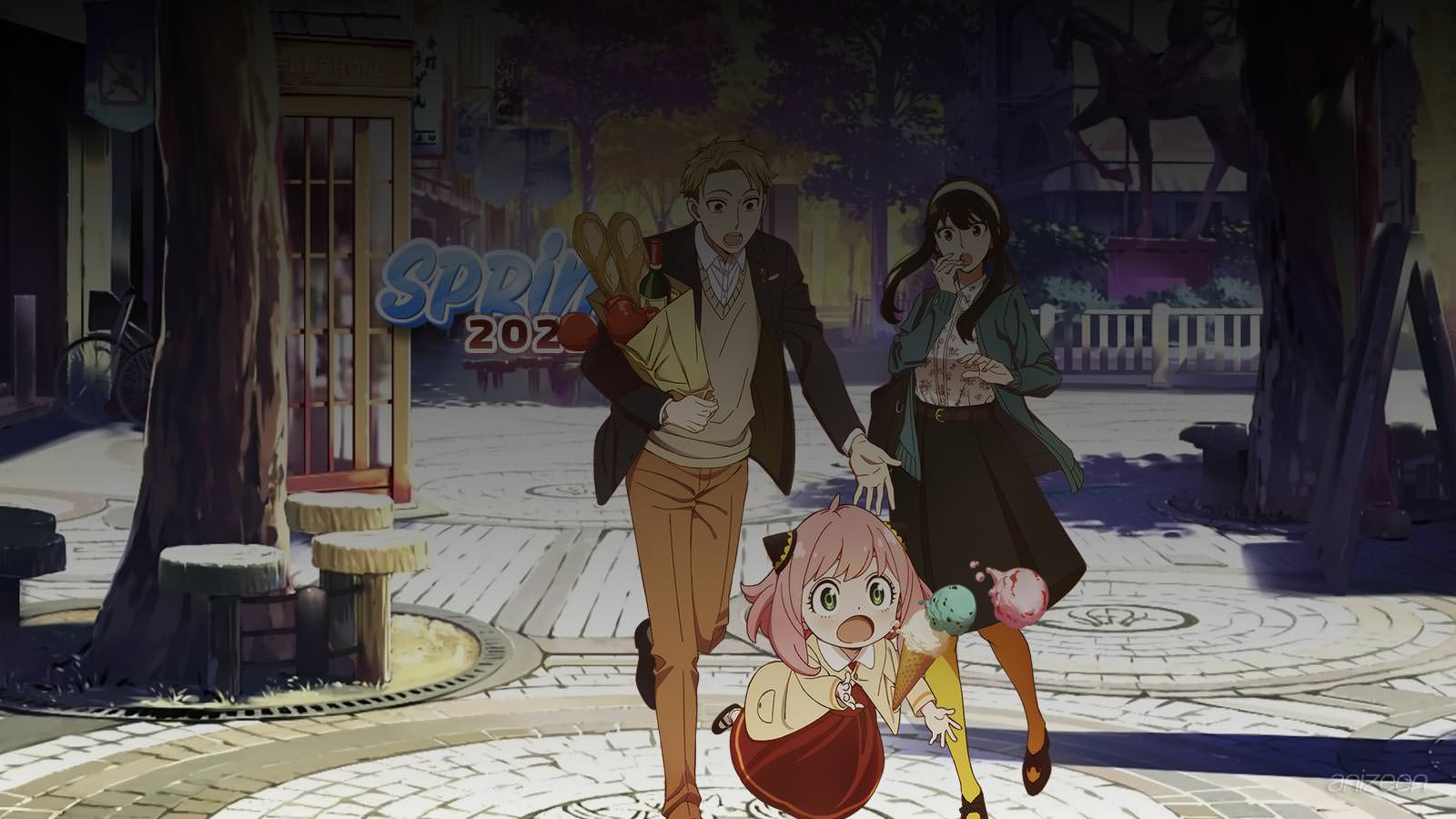 We were naive, thinking the world was approaching some sort of normality after the pandemic hit a couple years ago, unfortunately, a new crisis arose in Europe, and everyone is starting to feel its effects.

The long-term solution is not clear, images and videos of devastated cities in Ukraine remembered us how fragile our society can be, and how a single evil mind can harm so many in minutes.

Now, let’s go back to the Spring Anime Season 2022, which seems to be packed with new and interesting series.

First, we meet code name Twilight, a renown spy, able to perform any task to complete his missions. In Spy x Family, he goes undercover as Loid, and his new assignment requires him to marry and start a family. However, he is not aware that the girl he adopts as a daughter and the woman he agrees to be in a fake marriage are a mind reader and an assassin.

And if you like shocking news, talk to Nagi, at the age of 17 he learns that he is not the biological child of the family that raised him. In Kakkou no Iinazuke, he is set to meet their biological parents, on his way, he encounters Erika, a strange girl who claims to be a popular internet star, she is direct and tells him she is trying to escape from an arranged marriage. Later, they find out that Nagi is meant to become the groom.

Then, we meet Reina, a cute girl with some personal space issues. In Aharen-san wa Hakarenai, Reina can be right in your face, or totally distant, but for his classmate Raidou, who sits next to her, she is intriguing. One day, he picks up an eraser dropped by Reina, and an odd friendship begins.

In another world, long ago, wanderers known as “Lost Ones,” came from an alternative world known and received a power named “Pure Concept.” In Shokei Shoujo no Virgin Road, they end up losing control of that power and brought calamity to the world. Today, Menou is an Executioner, responsible for eliminating Lost Ones, she finds Akari, a Lost One, who seems to be immortal.

Back in our world, Fudou is a hero, supposed to be Desumi’s sworn enemy. In Koi wa Sekai Seifuku no Ato de, Fudou is the leader of the hero squadron “Gelato 5″and Desumi is in front of of “Gecko,” a villainous organization. However, despite their differences, when they are not making a show of being at each other’s throats, Desumi and Fudou share time together, pursuing a forbidden love.

Meanwhile, Yuuichi know the importance of friendship, and thanks to his closest friends, life and school is fun. In Tomodachi Game, those days are gone when their class’s school trip funds are stolen, and the five are dragged into the mysterious game to repay such debt. The only way to beat the game is to not doubt your friends and work together. The game should be easy for them, right?

Later, we meet Shikimori and Izumi a lovey-dovey couple. In Kawaii Dake ja Nai Shikimori-san, the sweet, smart and athletic high school girl becomes a cool girl with sharp reflexes once she feels in troubles. Izumi does not hide his admiration for her, and wants to become bolder like Shikimori. She seems to be the perfect girlfriend, but do not ask her to cook or sing.

Yet in another world, the Demon Lord is sick of being so strong, and decides to reincarnate reducing his strenght to become an average person. In Shijou Saikyou no Daimaou, Murabito A ni Tensei Suru, reborn under the name of Ard, he finds out everyone is weaker as before, and once again ends up overpowering his foes, the ladies are all over him and the royal family begs him to become the new king.

In quite a dilemma is Leo, he is a hero who just saved the world, and now that there is peace, he is not wanted anymore. In Yuusha, Yamemasu, he searches for a job, and ends up exiled in the Demon Lord’s Army, the one he just defeated. Once again, he meets Echidna, and learns why they attacked the human world.

Finally, in a video game world, we meed Leon, who has reincarnated where women reign supreme and only beautiful men are allowed. In Otomege Sekai wa Mob ni Kibishii Sekai Desu, he used to be an avid gamer, and still remembers the plot of this game, now, he plans to change his new world completely.

And for the movie fans, take a look at: Dragon Ball Super: Super Hero, Eiga Go-Toubun no Hanayome, Gekijouban Re:cycle of the Penguindrum, Eiga Odd Taxi: In the Woods or Meitantei Conan: Halloween no Hanayome.

Peace for our world!