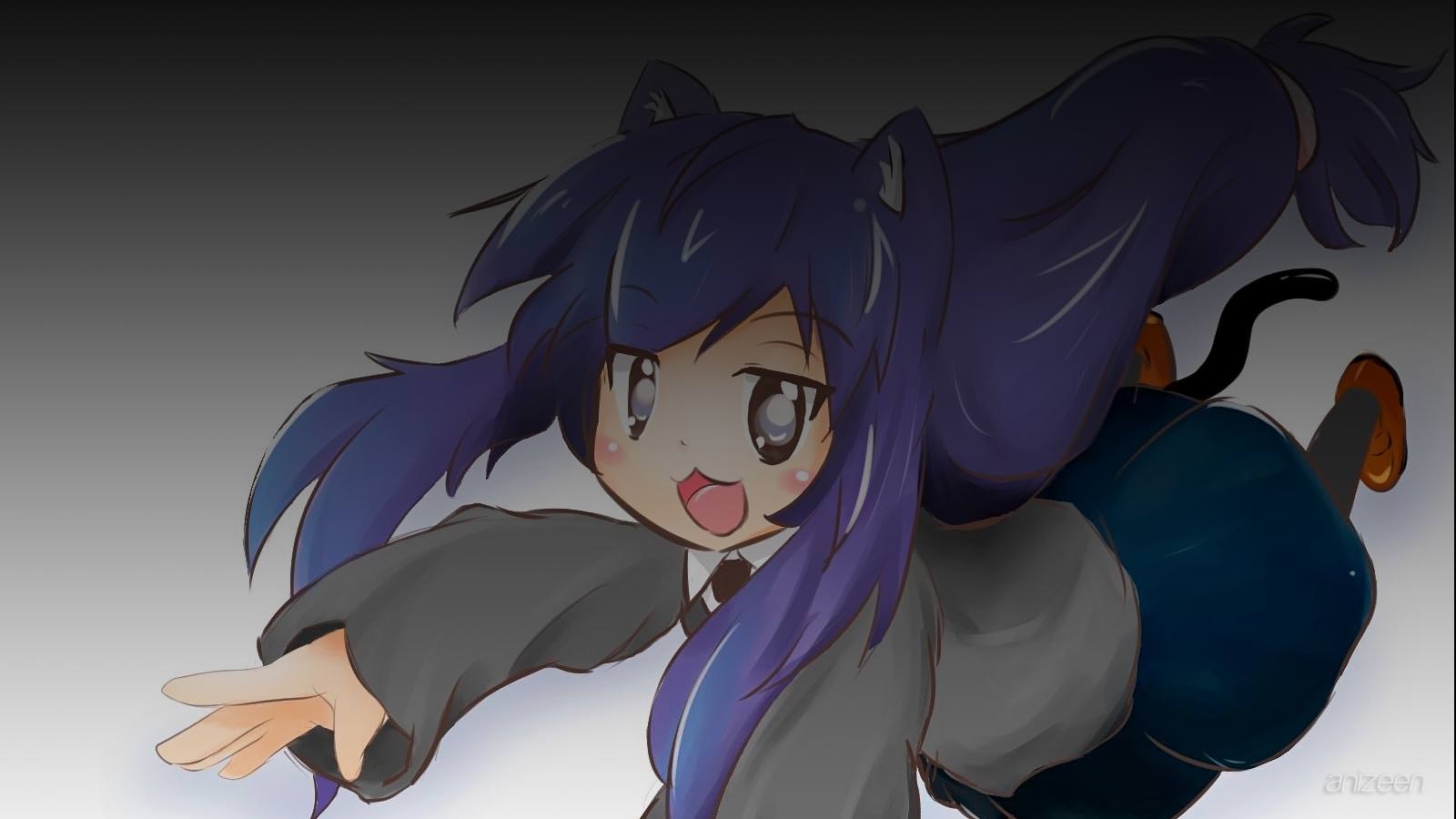 Tsumiki Miniwa is a high school student, she is small and seems fragile, but at the same time she has a strong personality and strength. But once she sees Io Otonashi, that serious attitude changes and she melts, literally.

Tsumiki is waiting for Io near the train station, Io arrives and Tsukimi hesitates a little to greet him. Both students walk to school, it’s cold and Tsukimi is not wearing her coat. She sees Io’s back and wants to grab him, but at that moment Mayoi Katase and Hime Haruno, some classmates, appear and start playing with Tsukimi.

At school, Tsukimi is relieved they are entering the classroom, thinking it’s warm and cozy; instead, they found out that the heater is broken. Mayoi tells them not to worry, and starts working on the device, she seems to be quite good with this kind of repairs.

As the day goes on, Io meets with Sakaki Inui, one of his male friends. Sakaki tells Io to go and hang around at the arcade that afternoon. Io is used to it and he agrees, but once the day is over, they both realize they have company. The girls have come and stay with them.

Sakaki wants to have fun and he wastes no time to challenge Io to play a game. Instead, Sakaki finds out that Tsumiki is really good as she beats him in a very sad way.

Meanwhile, Hime and Mayoi are taking a look around; Hime is impressed with the stuffed animals and thinks it’s impossible to win the prices. Io appears and shows them that it’s quite easy.

The fun continues as they play air hockey, to Hime’s surprise they find out there is a time limit in that game and they end the match tied with no goals. Io asks Hime if she wants to try, but Hime is so afraid of the speed of the game and refuses.

Now the day comes to an end, and as Io and Tsumiki passes by a photo booth, Io thinks they have never been in one of those machines. Tsumiki stops Io and asks him to take a picture with her.

Tsumiki is really small and she standing up she is not able to be on the camera range. Io doesn’t have any doubt and grabs her friend to take the picture. A minute later their friends are making fun of them.

Tsumiki and Io have a sweet relationship, but they are not dating as a couple, we’ll see what happens.

Tsumiki Miniwa is somewhat petite and small in stature, but she has a stong attitude, and has a crush on Io Otonashi. For some reason, every time Io gives Tsumiki a pat on the head or Tsumiki sees something she likes, she grows cat ears. Tsumiki has shown an unusual level of strength for her size, often shown it at Mayoi’s expense.

Io Otonashi is really dense, yet he has a kind heart. He is oblivious to Tsumiki’s crush on him, but she is the closest girl to him regardless. He is usually seen spinning a pen with his hand, often fast enough to catch Mayoi’s surprise at his hand’s speed. At times, he unknowingly acts like a casanova. He is also quite strong, which is often, though not as Tsumiki.

Mayoi Katase is very savvy with electronics and almost never seen without her lab coat. She loves to tease Tsumiki, which often brings her severe repercussions from Tsumiki herself.

Sakaki Inui is Io’s partner-in-crime. Together with Mayoi, he makes up the prankster duo in the friendship group. His sister owns a patisserie where he, Hime and Io also work.

Hime Haruno is a clumsy girl. She has a very sweet and innocent personality. Easily gets a nosebleed when she’s flustered or riled up. Also a part time worker at Hatch Potch.