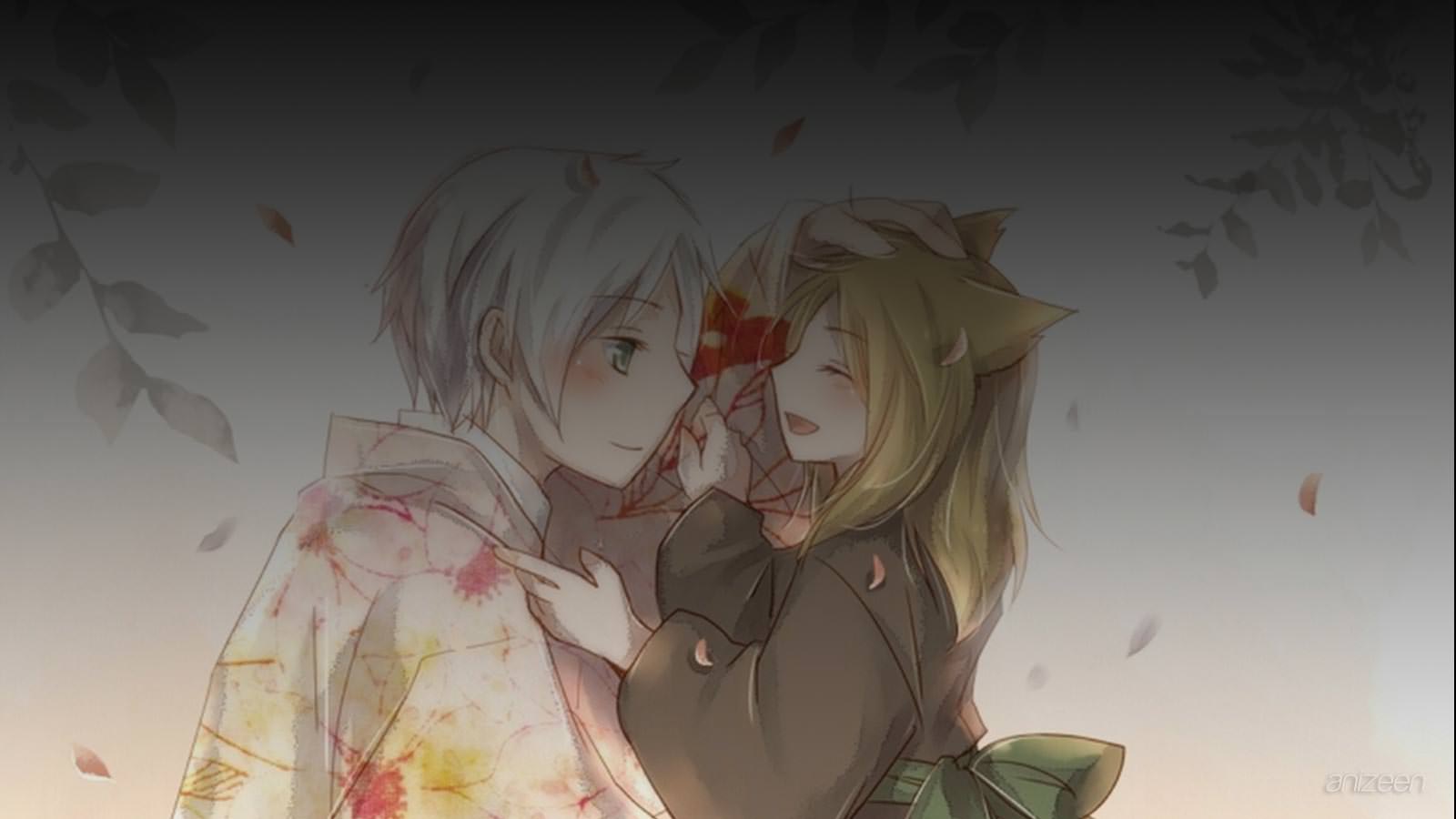 High school student Natsume Takashi has been able to see youkai since he was a little boy. This hasn’t done him a lot of good, since no one believes him, and it tends to leave him a bit isolated.

Natsume’s usual response when he is accosted by a youkai is to find the nearest jinja, which tends to get rid of the spirits. But one day Natsume is being chased by a large youkai with a huge single eye, who keeps on calling him Reiko, which was his grandmother’s name.

He can see spirits, just like his grandma Reiko could. Reiko, though, used to bully the spirits, and bound them to her will in the “Book of Friends“. Now that Natsume has inherited this book, a never-ending stream of spirits is coming after him.

With the help of a spirit cat, Madara, Natsume spends his days dissolving the contracts that bind the spirits and trying not to get killed.

In Zoku Natsume Yuujin-Chou, Takashi is sitting on a wall and reminiscing about his past, but just when he is about to get maudlin, his chain of thought is interrupted when he is hit by an errant soccer ball. Takashi isn’t hurt, but when he looks for ball he finds a skeleton spirit who wants the Book of Names.

After that, Takashi and Nyanko-sensei try to find a black version of Nyanko-sensei who steals the Book of Friends. They run into more spirits, including a butterfly-girl spirit named Benio who is an old friend of Madara and Reiko, and finally a powerful spirit who has gone missing for a long time.

Sasada is the class president of Takashi’s class. Sasada believes that Takashi can see spirits, and constantly asks him questions about it, to which he replies that he doesn’t have such an ability. Much to Takashi’s chagrin, she wants to come along with him when he’s visiting spirits. Thanks to: D. Baranyi

Zoku Natsume Yuujin-Chou
(続 夏目友人帳)
Is a japanese manga by Yuki Midorikawa serialized in LaLa DX (Hakusensha) from 2005 with 5 volumes (ongoing). This is the second anime series, it is produced by BAS and Brains Base. It started to air in January 6, 2009.
OP
S1. “Ano hi Time Machine” ~ LONG SHOT PARTY
ED
S1. “Ai Shiteru” ~ Kourin
WEB