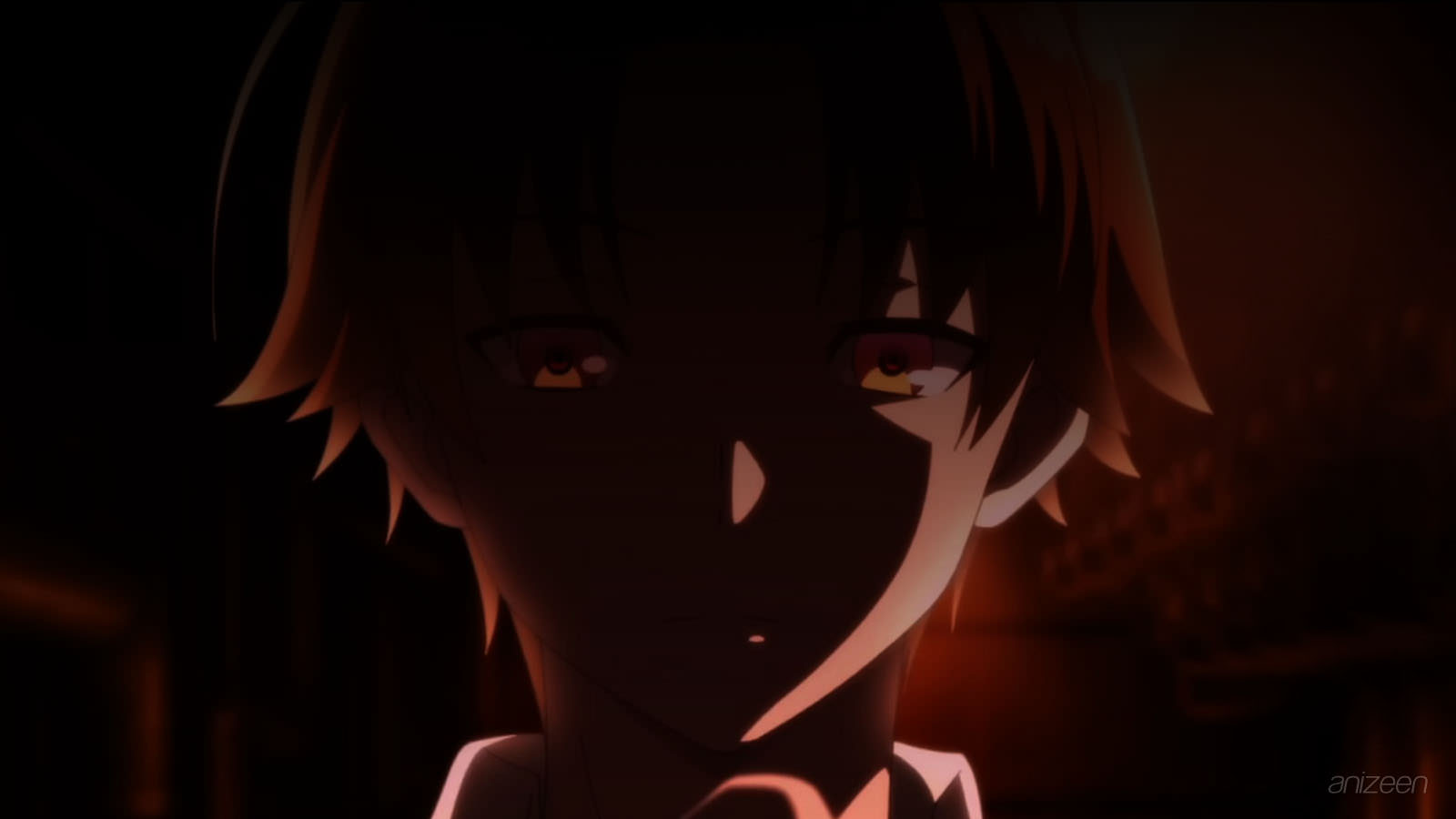 Koudo Ikusei Senior High School is not just any school, in fact, it has been expressly designed for its students to be the leaders of tomorrow in Japan.

The benefits are many, such as a full scholarship, first class facilities, accommodation and food. And for those who graduate, the opportunity to choose the best university or find a high-paying job right away.

Today, it is the first day of school, and the new students begin to arrive, among them is Kiyotaka, who gets on the bus and sits quietly.

Meanwhile, when an elderly person boards, Kikyou, another first-year student, asks a young man to allow her to use a designated seat, however, he makes all kinds of excuses not to get up.

Back in the bus, Kiyotaka is seen looking around him and notices Suzune, who just ignores him. Finally, a person gives her seat to the old woman and the truck continues on its way.

Arriving at school, Kiyotaka discovers that all the persons he met along the way will be in his classroom.

Immediately, some start to stand out, like Yousuke, who wants to join the soccer club. He invites the rest to introduce themselves, and Kikyou does not hesitate to say that she wants to be friends with everyone in the room, which excites her classmates.

Kiyotaka understands that he must introduce himself to avoid rejection and although he tries, he fails in his attempt.

At that moment Sae arrives, who is the teacher in charge of Class D. She informs them that they will receive a number of points to spend on the school campus, and that practically everything can be purchased with these.

At the same time, she tells them that they are free to do what they want with the money and that they will receive more money next month, but also, she gives them a subtle warning, they will be evaluated at all times and that their performance will determine their place at the end of the school term.

In general, everyone misunderstands the words of the teacher, and believes that, by the simple fact of being students of such a prestigious school, they are guaranteed success and money in the future.

Many of them squander their money, hoping to receive more next month, but some like Kiyotaka and Suzune are cautious, buying the essentials and taking advantage of what local stores throw away and offer for free.

Kiyotaka tries to make small talk with Suzune, who is lonely and annoying much of the time. She tells him that she doesn’t need anyone and that she has always lived alone.

As the days go by, Sae continues to teach, despite the fact that many students do not pay attention, fall asleep or play during the day.

At the end of the month, they begin to understand their new reality. There are four classes, of which D is considered to be the worst students, and they are immediately treated as inferior.

Which is confirmed on the day of the first monthly evaluation, in which the class ends up losing all kinds of evaluation points, and therefore, they will not receive monthly compensation points for their expenses.

Panic is imminent among everyone except Kiyotaka and Suzune. So, Sae informs them that they can make up if they all do good exams later on, but also, that the low averages will be expelled immediately.