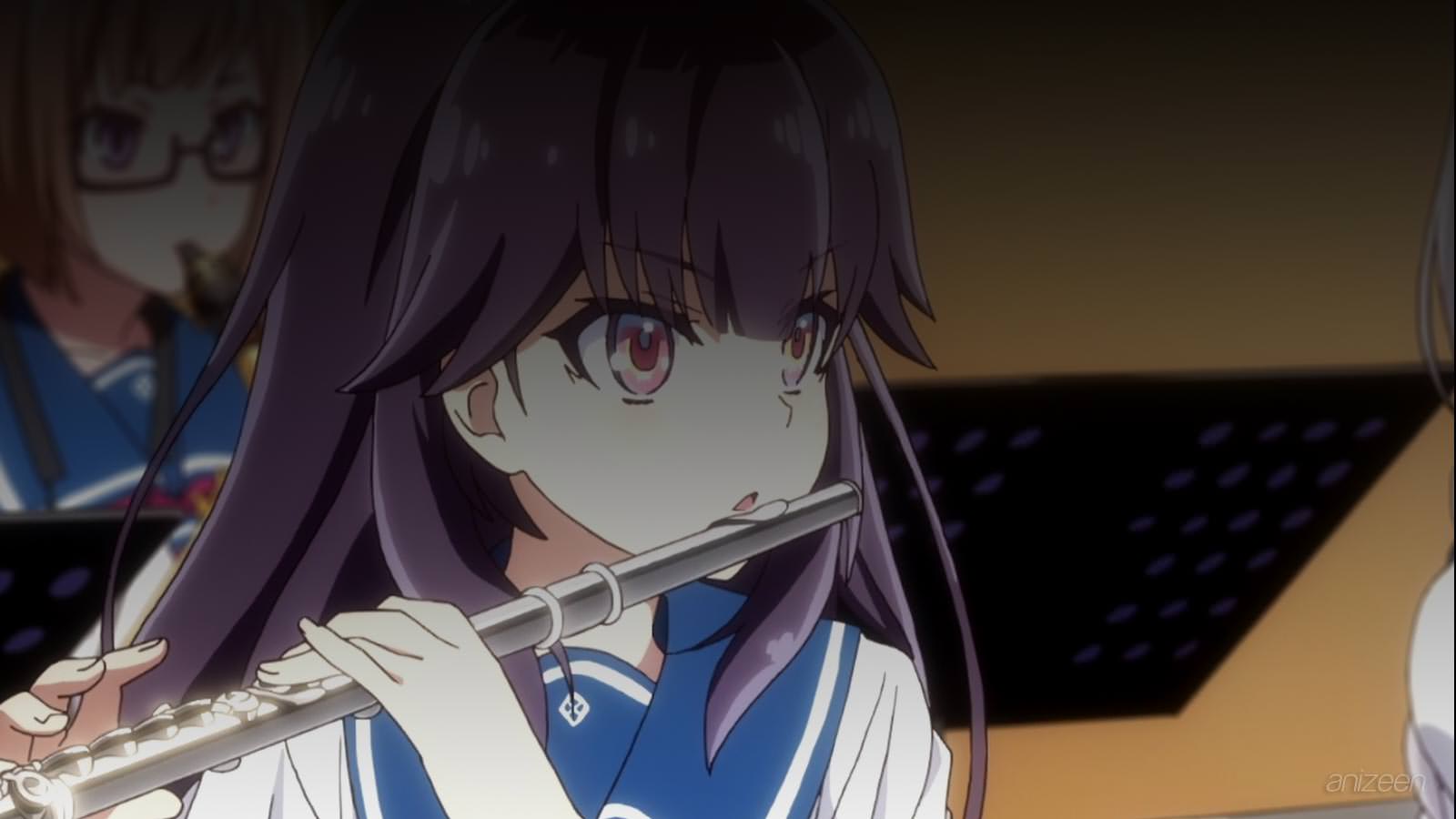 Chika Homura has started high school, and she has set her mind to join a particular club. But no matter what, the volley ball members want her on their team.

In junior high, Chika practiced like no other, and she was really good. But one day she realized that she was spending her youth the wrong way. But one day, as she was watching TV, she found inspiration. The National High School Brass Band Competition became an obsession for her.

With that on her mind, she decided to participate in such club once she was in high school. Right away, she meets the music teacher Kusakabe, who welcomes Chika and invites her to practice enough to play her flute.

On their way to class they meet Haruta Kamijo, a childhood friend that Chika hasn’t seen in nine years. But right away, Haruta finds something strange in Chika’s personality, she seems lacking her usual energy, after all, she used to make him cry all the time.

But now, Chika wants to be different, no more wrestling moves or playing pranks. She wants to become a lady.

Once in the classroom, they find out someone has vandalized it and painted a message with red paint. There, Chika finds out that the club is not what she expected, there are only five members including her.

It seems that someone is after Kusakabe, and for some reason they have left several messages pointing out to some sort of revenge. Haruta thinks there is something behind that message and wants to decipher it.

Later, Haruta has success, fortunately, it wasn’t a threat, but a love letter for the teacher. Now, as the day comes to an end, Chika understands that she has made a good decision. On their way home, Haruta tells Chika more about their teacher, and about the mystery that surrounds him.

Haruta seems to know a lot about Kusakabe, but why?