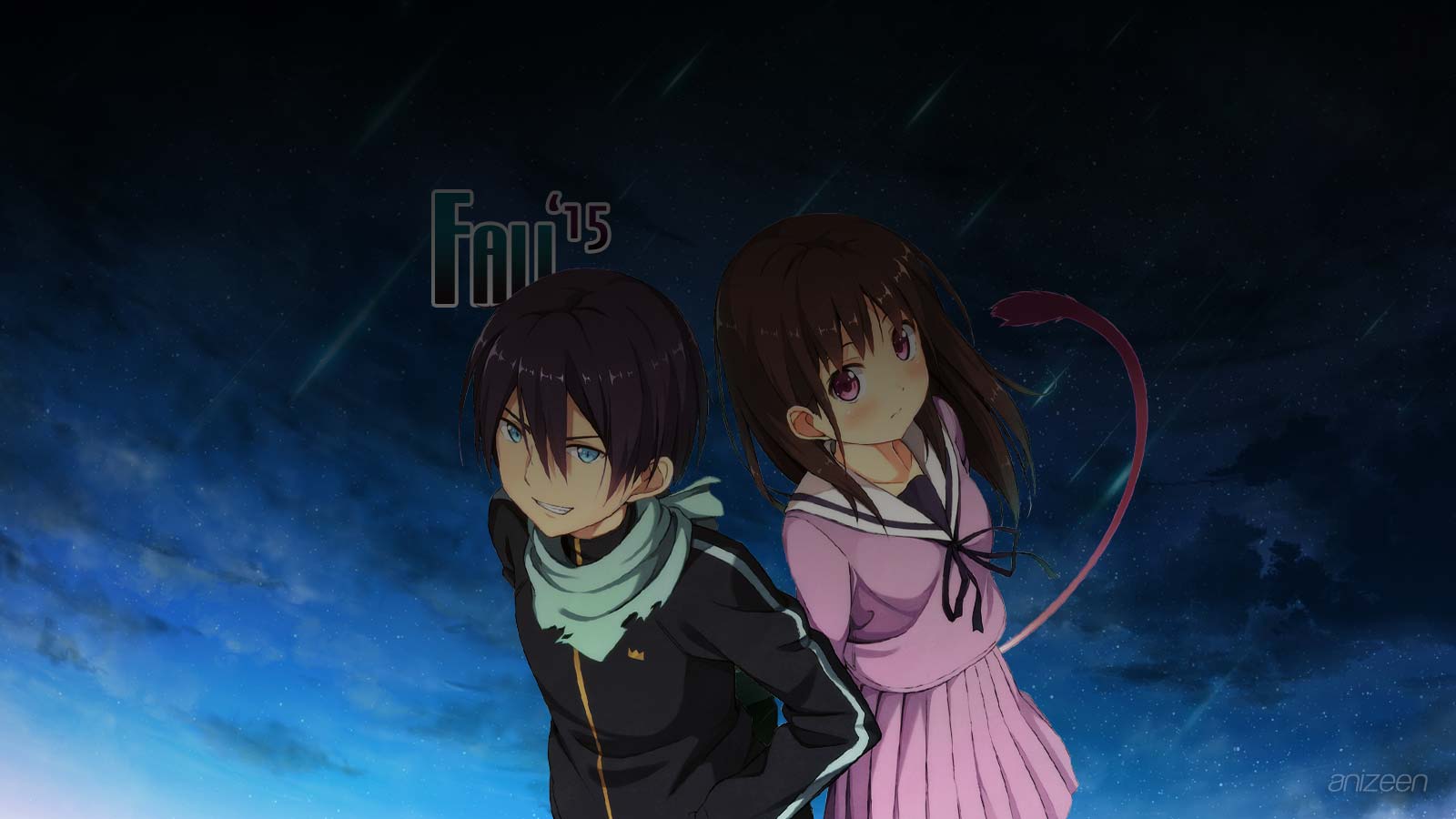 It’s been an interesting year so far, all year long we have had enough series to watch and maintain us entertained. As the year comes to an end, it’s seems that everything begins to slow down.

In the Fall Anime Season 2015, we should take it easy and be selective, certainly, you will find a series to follow. Or at least a new season from a known anime.

That’s precisely what you will find in Hidan no Aria AA, where Aria H Kanzaki will find a new fan, and apprentice. Her plan is to train her to become a first class butei (armed detective). But some difficulties may arise on the process.

Meanwhile, in another world, it’s been 20 years after the big war and Japan has some intriguing citizens. For some reason, super humans are for real, and some are scary. Phantoms and goblins, titans or cyborgs are among us. In Concrete Revolutio: Choujin Gensou, the government will have to identify and approach super humans, and control their powers.

As you prepare for the fall, monsters are welcomed. In Kagewani, mysterious creatures suddenly appear and start preying on humans. A scientist named Banba Sousuke will try to unravel the truth of these occurrences.

But don’t despair, there must be a knight or two who can help us, right? At least in Lance N’ Masques it might happen. Youtarou Hanafusa, is part of the last remaining order of knights in the 21st century, known as Knights of the World. But he prefers to keep it a secret and he fights as the Knight Lancer, hiding his identity behind a mask.

Now, let’s go back in time, did you ever wondered about the past of some of your favorite characters? Maybe not, but in Young Black Jack, you will find the truth behind Black Jack, who later will become an “unregistered” doctor. Don’t expect to see Pinoko around.

Concurrently, in Comet Lucifer, a young man named Sougo Amagi lives in a prosperous mining town. Almost as expected, he likes to collect rare crystals, and he usually wanders to find new ones. But one day he finds an amazing lake underground. To his surprise, a mysterious girl named Felia is there, and he wants to know why.

Back from outer space, in Heavy Object. Quenser came to the Alaskan military base to study Objects, the new weapons that have completely revolutionized war. Now, thanks to Objects, soldiers can fight away from harm. However, there is a grim truth behind this marvel.

In a time and place where your soul can be turned into a weapon, there are magicians known as Mage Knights. In Rakudai Kishi no Cavalry, Ikki Kurogane is a student training to become a Mage Knights, but he has no particular talent in magic and is labeled as a failure. But with the arrival of a new head of the institution, knights whose abilities are compatible, as decided by the board, must share rooms and train together. Ikki will end up partnering with a good looking genious.

And if you are getting tired after a long day, a hot spring bath might be the best for you. But what if a spirit, named Hakone-chan, awakens in it? In Onsen Yousei Hakone-chan, she appears as a young girl, able to interact with the locals as she tries to regain her powers.

In the meantime, in a world where gun power has gained enough strength to annihilate magic users. In Taimadou Gakuen 35 Shiken Shoutai, Takeru Kusanagi enters the AntiMagic Academy to become an inquisitor. But Takeru cannot use guns at all and can only fight with a sword, and ends up relegated to the 35th Test Platoon.

Finally, in Sakurako-san no Ashimoto ni wa Shitai ga Umatteiru, Sakurako Kujou is a gorgeous woman, she is from a rich family, and she has a peculiar interest for “beautiful bones”. Shoutarou Tatewaki is a high school student who meets Sakurako and accompany her to analyze several specimens for her collection.

New OVA fom Akatsuki no Yona (2015), Aria the Avvenire, Cyborg 009 vs. Devilman or Himouto! Umaru-chan OAD. In terms of movies, the year ends a bit slwo, but Ajin and Shisha no Teikoku seem interesting.

I wish you a great season… get ready for Xmas, it’s about time!