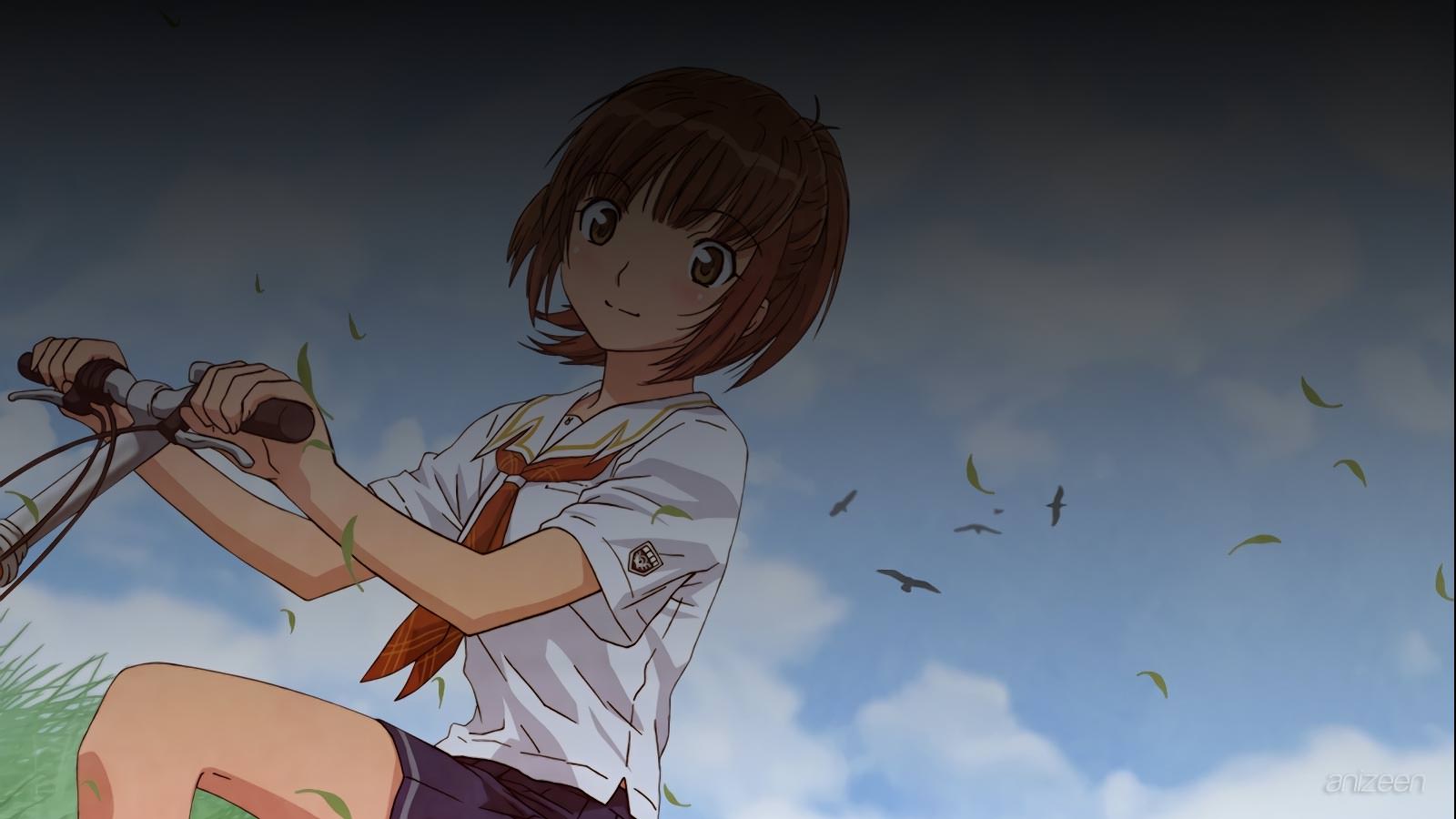 Sanada Kouichi wakes from a dream where his younger self was crying. When he goes to answer the door, he finds a beautiful woman standing in front of him. She quickly enters while reacquainting herself with things in the house, and even enters the shower.

A confused Kouichi tries to remember if he knew a girl like this in the past, when his friend Aihara Kazuki comes in. A misunderstanding is caused when the girl comes out of the bathroom, but she suddenly realizes who Kazuki is. Kazuki also realizes who the girl is: his childhood friend Mizusawa Mao. Finally realizing this, Kouichi welcomes Mao back.

When Kouichi’s mother begins talking to Mao about her living in France, Kouichi notices how much Mao has changed. The story then continues with them going to the same school. Many relationships are formed with different people during their school years but always thought to be a mistake as Mao realises her true feelings toward Kouichi Sanada.

Telling him of her feelings gets him confused as he always thought of her as a sister, always thinking of her gets Yumi worried as he never seems to be focused. As it is nearly time for Yumi to move away, she puts on a brave face so she doesn’t upset Kouichi while he is still in his endless daydream.

Nearing the end, Kouichi finally realises who he truly loves and tells yumi (which could already tell by looking at him) before he heads out to find Mao. Having found her, tells her of his feelings and it finishes with a kiss, as they both feel the same way.

Kouichi Sanada is the main protagonist in this story. He has feelings for Hoshino but began to realize his feelings for Mao. At the end of the series, Kouichi gives up Hoshino and ends up with Mao. They kiss, and the fire works begin.

Kazuki Aihara is also another protagonist in the anime. He loves playing soccer. Kazuki’s love interest is Futami-san.

Mao Mizusawa is very active, energetic, and cheerful, though not so much in the mornings. At first, she lives with Kouichi and his mom but moved to a different house due to her feelings for Kouichi. She still goes to the same school as him. Lived in France before the story.

Yuumi Hoshino is Kouichi’s love interest. She is always shy but from the help of Mao and the others, she began to speak up a little. She also has feelings for Kouichi and throughout the story they began to date, but began to realize Kouichi has feelings for Mao.

Narumi Satonaka is a good friend of Nana. Expert at cooking udon.

Asuka Sakino is a tomboy who loves to play soccer. She starts to have feelings for Kazuki after he helped her.

Eriko Futami is always cold to others but begins to soften up after she realizes her feeling for Kazuki. Has an IQ score of 190.

Mitsuki Shijou is a wealthy girl who can play the piano.

Megumi Kuryuu is class president of Kouichi’s class. Her love interest is Hiiragi.

KimiKiss Pure Rouge
(キミキス pure rouge)
Is a dating simulation game for the PS2. Released by Enterbrain in 2006, KimiKiss has become a media franchise, including manga, light novel. The anime, entitled Kimikiss ~ pure rouge, began airing in Japan on October 6, 2007. The series is produced by J.C. Staff and directed by Kenichi Kasai, whose directorial accomplishments include Nodame Cantabile and Honey and Clover. The series will focus more on the girls and their daily lives.
OP
S1. “Aozora loop” ~ marble
ED
S1. “Negai boshi” ~ Snow* and “Wasurenai de” by Suara ep 13-24.
WEB