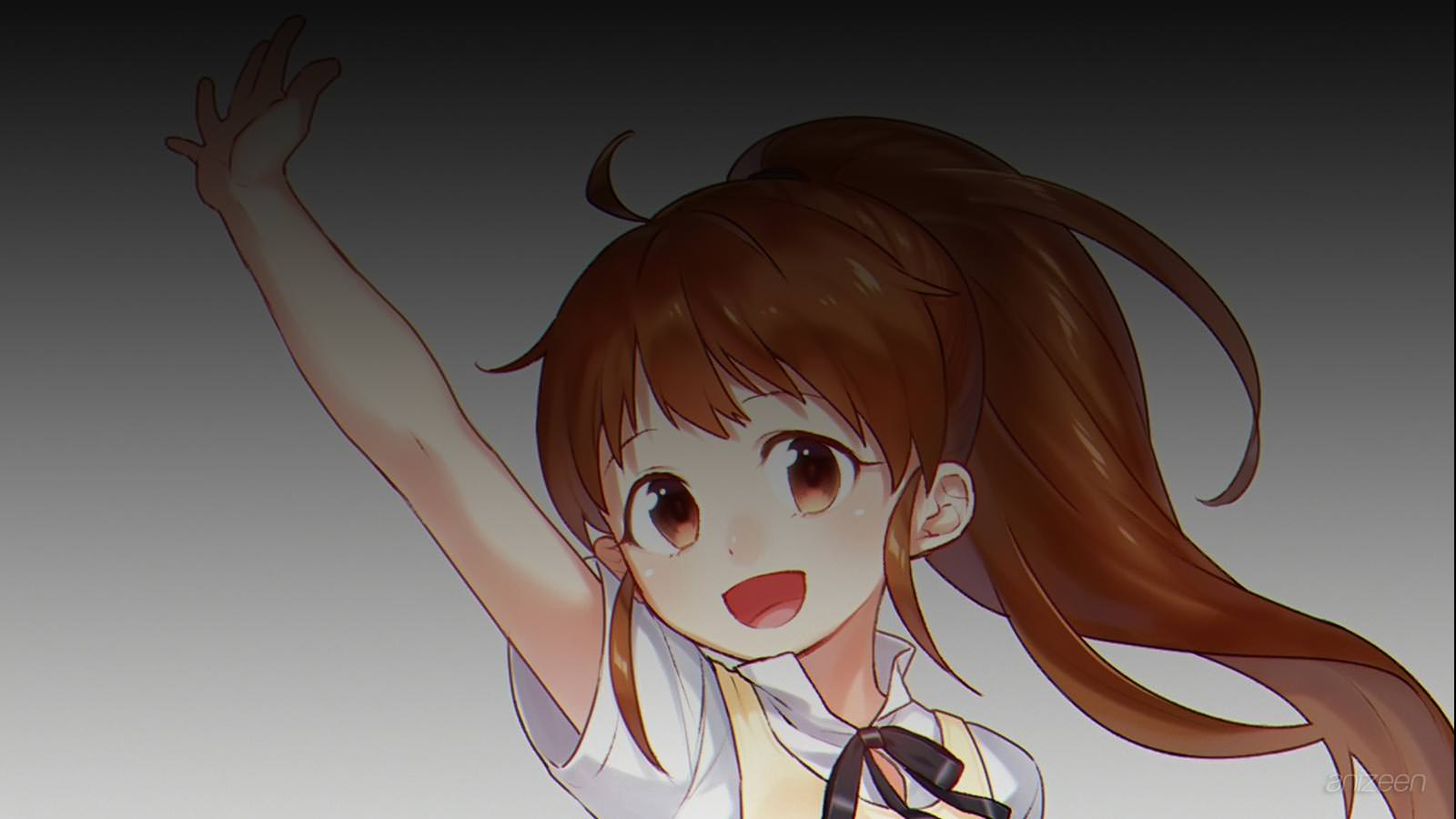 The Wagnaria family restaurant is understaffed and Poplar Taneshima is arrowed to find a new hire. With high hopes she goes back to her high school and ask her friends, each and every one of them reject the offer.

Having failed to persuade her classmates, Poplar starts asking persons in the street. It is a cold day and she is freezing, after a while a young man, Souta Takanashi, passes by and Poplar asks him if he wants a part time job at a family restaurant.

At first glance, Poplar seems so small and fragile, so Souta thinks she is a lost kid. He asks her for her parents or if he should lead her to a Police office. Poplar explains herself and proves she is a high school student, actually, she is older than Souta.

Souta is entranced by her smallness and cuteness and agrees to join her at Wagnaria. He is introduced to the lazy manager Kyouko Shirafuji, stern but hardworking cook Jun Satou, chatty and gossipy cook Hiromi Souma and sweet, beautiful, katana-packing chief waitress Yachiyo Todoroki.

Things start to go badly for Souta when Kyouko warns him not to get romantically involved with a co-worker. Instead, he insensitively antagonizes her by commenting on her age and is assigned shifts every day for weeks on end.

Souta will find out that Kyouko is unique, first asking a customer to lose some weight and stop complaining about the heat inside the restaurant and second, while Poplar is picked up by some customers, she has no troubles to kick them out of the place.

Souta Takanashi is a high school student recruited by Poplar to become a new employee at the family restaurant Wagnaria. He is enamored by cute things and thus favors Poplar over the other employees due to her cute appearance. He usually finds his co-workers and the rules of the restaurant to be strange, but he still has an attachment to his job. He is able to adapt quickly to his job at the restaurant.

Poplar Taneshima is an undersized high school student who works at Wagnaria. Ironically, she was named after the poplar tree so that she would grow tall. She is a hard worker, but she sometimes makes clumsy mistakes in her job. She is very sensitive about her small appearance; many customers usually mistake her to be younger than she truly is. She often fails to gain respect from Souta, who is one year her junior.

Mahiru Inami is a timid girl who joins the rest of the employees at Wagnaria. She has androphobia and is thus terrified of men; she punches any male that comes near her. As she and Souta usually share shifts, he takes the brunt of her attacks.

Kyouko Shirafuji is the manager of Wagnaria. She usually maintains a rather apathetic attitude about how the restaurant is run and almost never bothers to do any work herself. She is not beyond using violence to deal with unruly customers and firmly believes that employees come before the customers.

Yachiyo Todoroki is another employee at the restaurant. She usually carries around a katana which, according to her, was made by her parents who used to be blacksmiths. Yachiyo is unaware that some of the customers, and even Souta, are intimidated by her blade.

Jun Satou is a chef who works in the kitchen, Jun is a helpful but intimidating individual. He dislikes Souta as a new employee and sometimes belittles and threatens him. As he is usually confined to the kitchen, he sometimes has to offer food to deliver in order to eavesdrop.

Hiroomi Souma is the second chef who works in the kitchen, Hiroomi is a young man with an easygoing attitude.