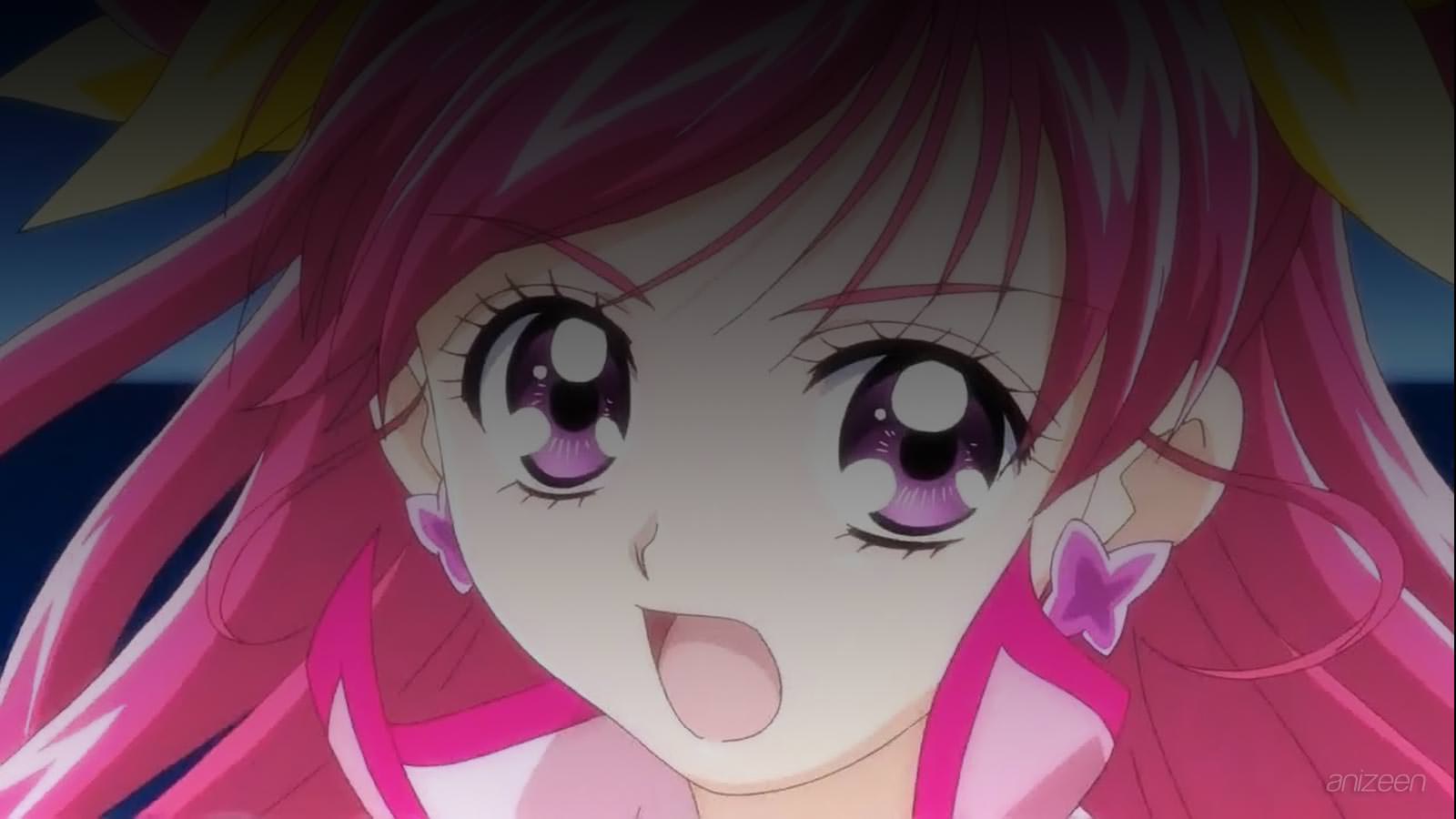 Nozomi Yumehara, a regular student, finds a magical book called the Dream Collet in the library and meets Coco and Nuts, two creatures from the Palmier Kingdom.

They plead with Nozomi to restore their world, which has been destroyed by an organization called the Nightmares, by completing the Dream Collet and finding the 55 Pinkies to make any wish come true.

Meanwhile, the Nightmares are moving into the real world. Once Nozomi agrees to help, Coco and Nuts transform her into the magical girl Cure Dream and turn four fellow students into her Pretty Cure team.

Nozomi Yumehara is a second-year student at L’école des Cinq Lumiéres Middle School, Nozomi appears to be a typical shoujo heroine and very curious, and does not know what to do with her life. She has a mad crush on Coco in human form. Though her teammates are vastly different from her, Nozomi must learn how to become their friend, and soon becomes their trusted leader. Her father works as an author of children’s stories and her mother runs a beauty shop.

Rin Natsuki is a second-year student appears tomboyish and plays enough sports to have every team clamouring for her to join them, but indulges in a few feminine pursuits, such as a love of half-price sales. She has a very straightforward and down-to-earth personality that sharply contrasts with the cheery and optimistic Nozomi. Her parents run a flower shop. Like Saki Hyuuga before her, Rin looks and behaves somewhat like Nagisa Misumi from the first series.

Urara Kasugano is a sweet blonde first-year and a transfer student. She puts on a smiling face to all, but can only be herself around Nozomi. Because she has always been busy and is now acting in a TV drama, she has few friends outside of the Cures. Before she joined the team, she learned of Nozomi’s and Rin’s identities, and was not nearly as shocked as the others, likely because the drama that she has recently been cast in appears for all purposes to be based on the Splash Star series.

Cure Lemonade wears yellow and has no counterpart, much like Shiny Luminous of Max Heart, whom she resembles. Lemonade introduces herself as “The effervescent scent of lemon, Cure Lemonade!“

Komachi Akimoto is another third-year, Komachi is kind and shy, and likes to read books. However, once she is angered highly enough, she is prone to snap and release the full force of a bottled temper. Along with her best friend Karen, Komachi is also a quite popular senior at her school. She is a volunteer at the school library, along with Karen/Cure Aqua, and often spends her time there writing stories. Her dream is to become a writer, even though people laugh at her for it. Her parents own a traditional Japanese sweetshop.

Karen Minazuki comes from an affluent family and is a member of the student council. Her parents are musicians and often go away on tour. She misses them very much, but will not ask for them to come home for fear of disturbing their work, so in spite of her wealth and popularity she is often lonely.