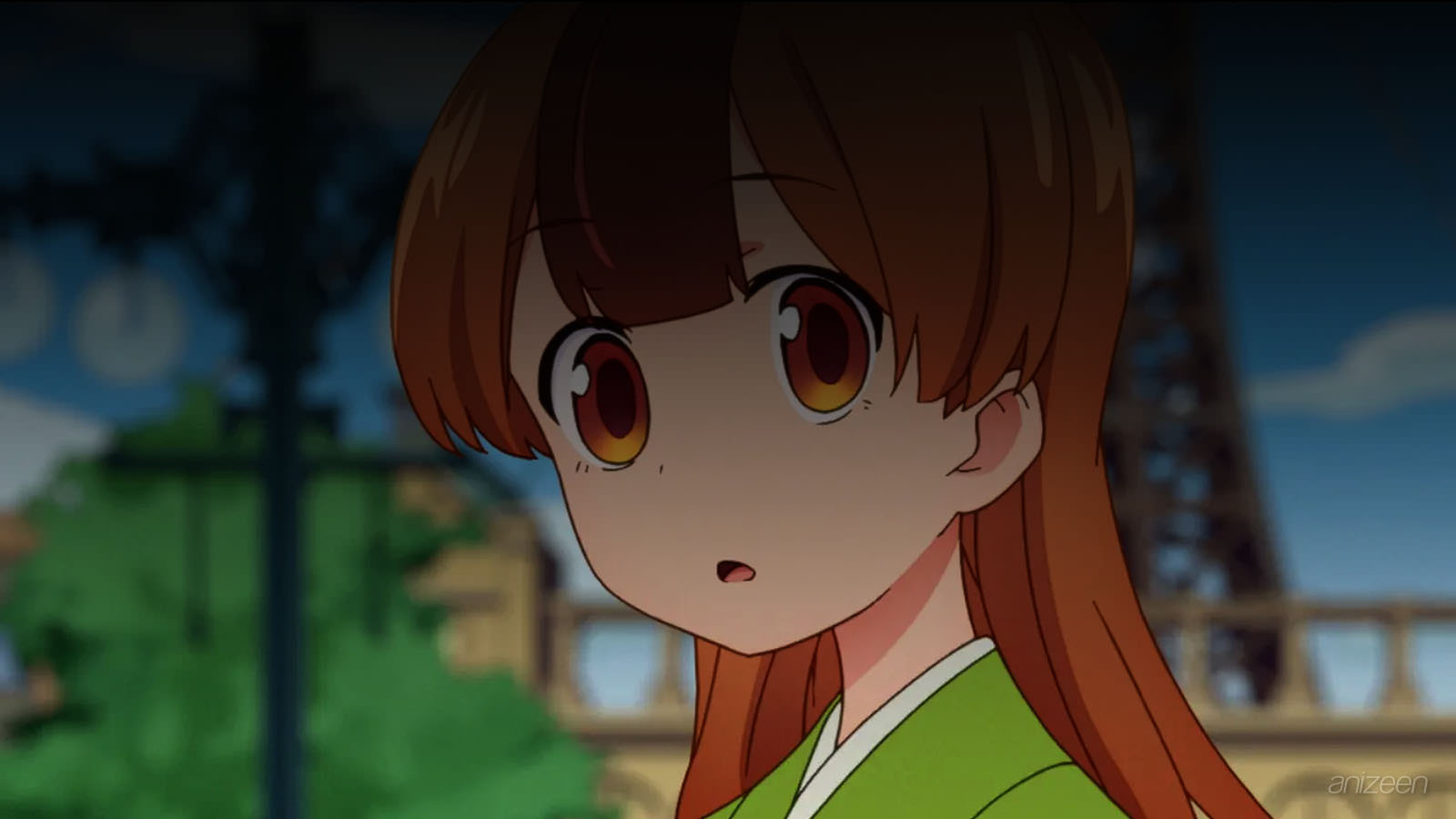 Story tells that magical creatures, such as tanuki and foxes, used to transform into human beings and interact with them, and they used to prank them and trick them easily.

Over the years, progress has begun to trickle down to the growing cities, and the tanuki have preferred to remain in their remote villages, apart of humans.

All her life, Mameda, a little tanuki, has dreamed of following in the footsteps of her father, who constantly traveled to the city, and when he returned he told her all kinds of stories.

Now, on her birthday, she has received authorization from the elder in town to travel to Osaka, one of the cities that her father visited.

The elder warns her that she should avoid interacting with humans, that they are no longer fooled as easily as before, and that someone may hurt her if caught. But despite his warnings, Mameda has every intention of tricking humans and have some fun.

She immediately begins to have all sort of problems, and more than one human realizes that it is a tanuki playing practical jokes.

One night, she’s under a bridge trying to plan a better strategy, and at that moment a hat drops down on top of her head.

As she looks up, she sees a woman with a very serious look in her face, staring towards the river, and she decides to transform into a man and return her hat.

However, one word is enough for the woman, Bunko, to tell her that she must stop becoming a human being and return to her town, that life in the city is not for everyone.

Days later, Mameda is attracted by a crowd, hoping to get into a night show.

To her surprise, Bunko appears and she begins to tell different stories. Listening to them, Mameda begins to feel immersed in her narrative, and after telling her jokes, she can’t help but have fun and laugh nonstop.

Mameda is fascinated, and she understands that Bunko is a magical fox, but she doesn’t know how she is able to hypnotize her audience in such a way.

Later, Mameda is exposed again, and now, amid a crowd, angry with her pranks, she flees to the top of a building. At that moment she remembers that among the legends of her town is one that says she can jump and will be able to float safely into the ground.

Without hesitation, Mameda throws herself into the void, only to recall that those who could do that trick were male, and not female like her.

Resigned to lose her life, Bunko appears floating in one of her illusions, helps Mameda escape from the people, who look away with glee as the creatures still strive to make fun of her.

Bunko thanks Mameda for listening to her stories, but asks her to return to her village, and she even takes her to the port, ready to board a ship.

However, Mameda is determined to stay in the city and learn more about Bunko, and decides to ask her to become her teacher.