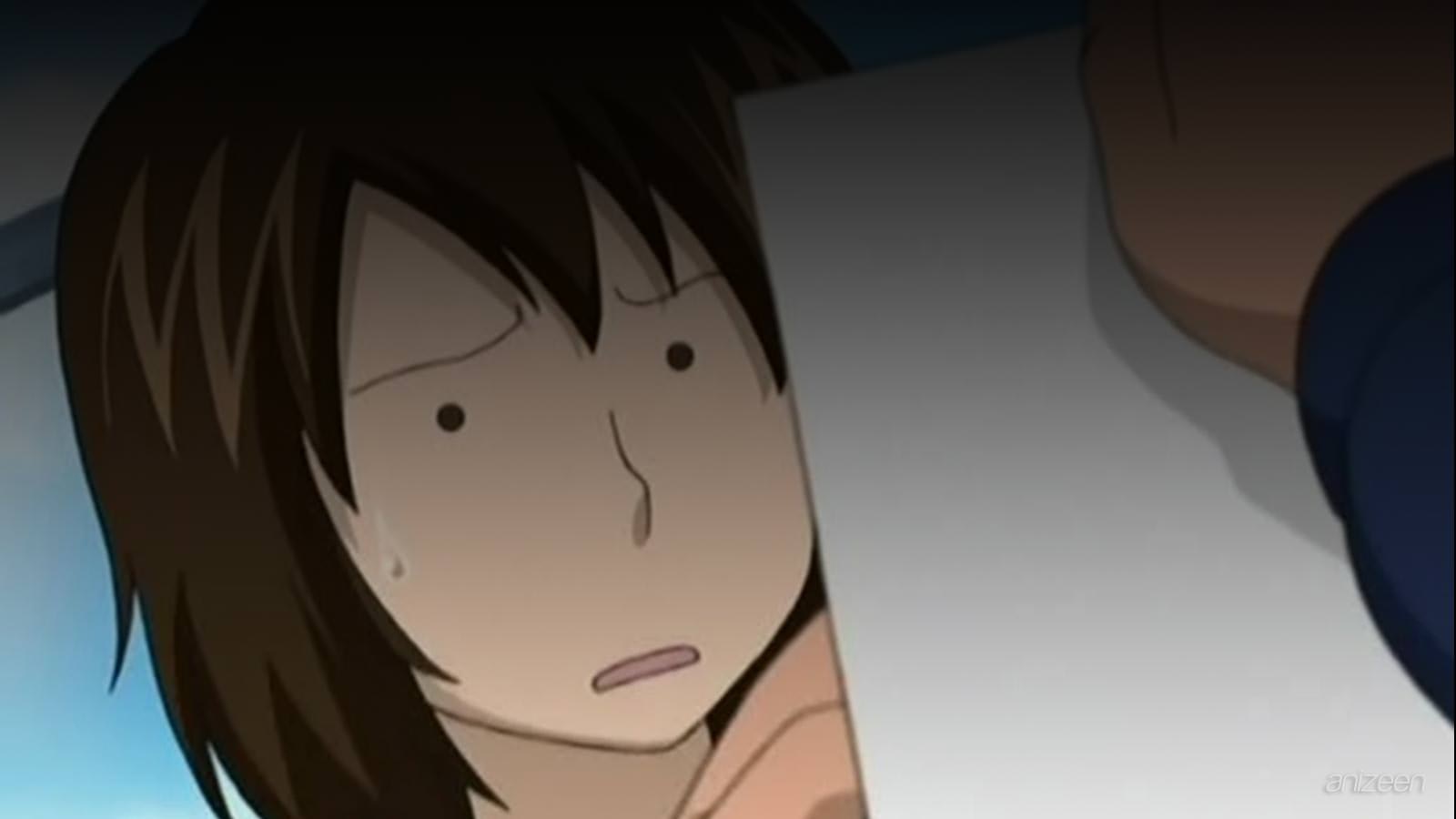 Tetsuko no Tabi is an anime based upon the real life hobby of Hirohiko Yokomi, a travel writer in Japan who has visited every train station in Japan over the past 15 or so years. Yes, almost 10,000 train stations – big city stations, suburban commuter stops, rural platforms in the middle of nowhere – you name it, he has been there. Several years ago Yokomi arranged to have a manga-ka, Naoe Kikuchi, travel along with him so that she could illustrate a manga based upon his travels and writings.

They are accompanied by their editor, Masahiko Ishikawa, who is a closet train fan himself as they “ride the rails” seemingly endlessly. So now Yokomi’s story has been turned into a 13-part anime.

Kikuchi is offered the job of accompanying a “travel writer” and she accepts the job without knowing who the writer is. When she finds out that it is Yokomi she regrets her impulsive decision because she is familiar with his story, but Kikuchi goes along because she needs the work, and because she still hopes that she will have the opportunity to see new places and try out new local delicacies.

However, what Kikuchi quickly finds out is that Yokomi’s idea of “fun and adventure” consists of riding trains all day long, getting off at obscure stops for a few minutes, and then continuing right along, with no breaks for food, sight-seeing or rest. And since Ishikawa is as enthusiastic about this as Yokomi there is no way out for Kikuchi.

After that, Yokomi and Ishikawa drag Kikuchi along on their attempt to travel through the six rural regions that surround Tokyo on a single 130 Yen ticket, a detail that Yokomi dug out of the fine print in a Japan Rail schedule book. But this time Kikuchi is better prepared and she has a guidebook of her own with her – one covering where to find food in JR stations.

Yokomi is the travel-writer, who turns out to be a huge train-fan. While fannatic His energy and passion for trains, and sometimes girls, is amazing, but also micro-manages all their trips, planning every detail down to the second. He cares mostly about following the schedule and successfully achieving his planned goals (e.g. visiting all stations on a line in a completely bizarre order to accomodate infrequent trains).

Kikuchi has no interest in trains whatsoever, and she keeps getting freaked out by Yokomi’s antics, but most importantly she`s cynical, sarcastic, and rather lazy (she mainly just looks forward to the next eki-ben).

Tetsuko no Tabi
(鉄子の旅)
Is a Japanese non-fiction manga series authored by Hirohiko Yokomi and illustrated by Naoe Kikuchi. The manga was serialized in the Japanese seinen manga magazine Ikki between 2002 and 2006. An anime version was adapted by the animation studio Group TAC and contained 13 episodes. The anime feels real — if you`ve travelled by train in Japan it will all seem very familiar, not just the scenery, but also the atmosphere and feel — and the artist does a great job of pacing and applying little tweaks to keep it consistently entertaining. In an additional bit of recursiveness, some of the characters who show up in the manga (who of course are real people, who really did show up) do so because they (really) read previous episodes of the manga.
OP
1. “Nanka Ari Kamo Ne” ~ SUPER BELL”Z
ED
1. “Ooi Naru Tabiji” ~ SUPER BELL”Z
WEB