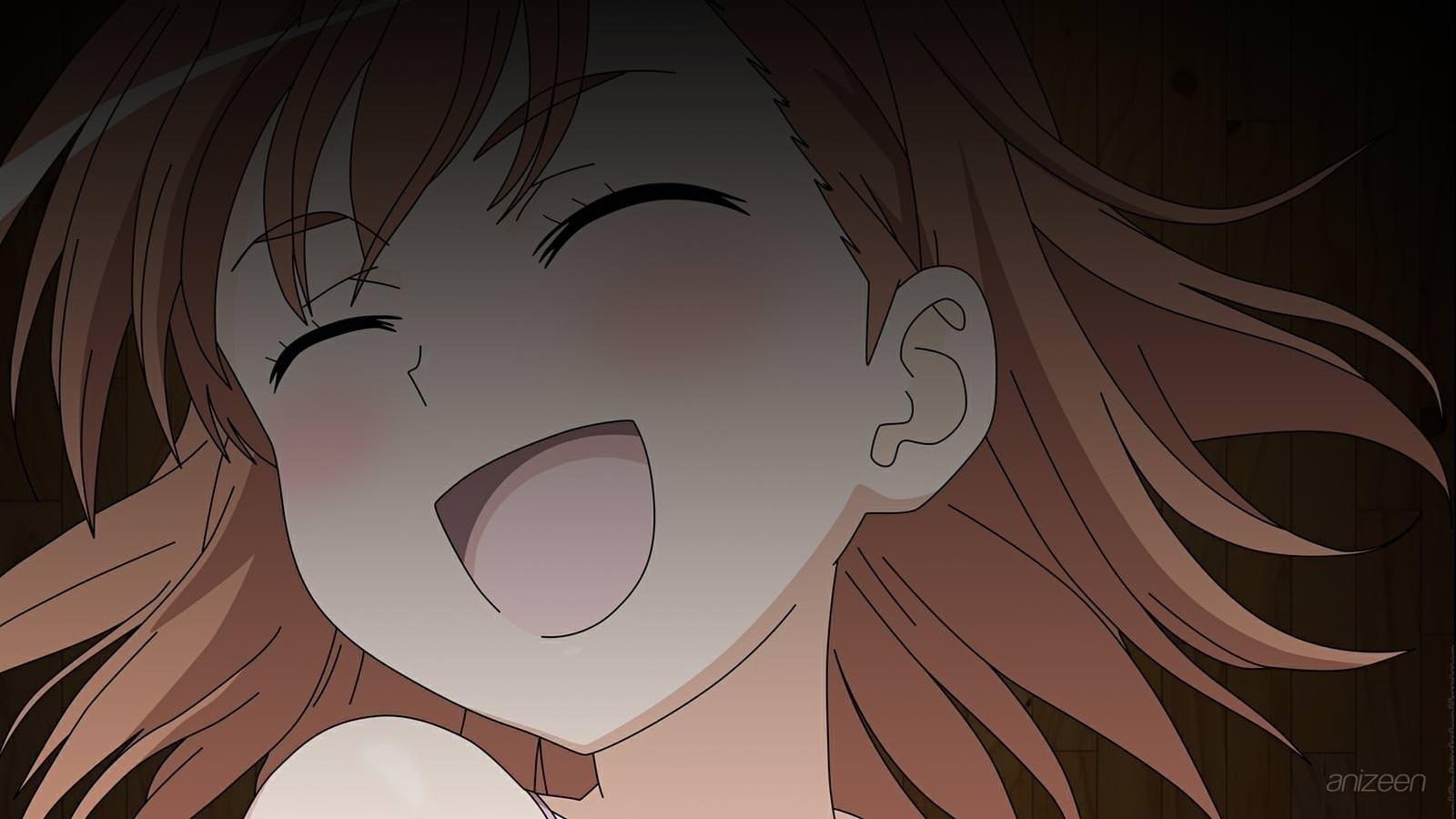 In a city that exists for the purpose of training students in the use of psychic powers, Touma Kamijou is a Level 0 student who shows no measurable level of psychic power. However, he does have in his right hand the unusual ability to effectively negate the effects of most psychic powers or magic. Unfortunately for Touma, there is a side effect to his ability – he is extrodinarily unlucky.

One day after being harassed by fellow student, Level 5 psychic user Mikoto Misaki, Touma finds a young, foreign looking girl in a nun’s robes who is hanging over the balcony railing of his apartment. The girl, whose name is Index, is on the run from evil sorcerers who want to get access to some of the one hundred thousand plus banned magical books that have been stored in her memory.

Touma doesn’t particularly believe in magic, and Index finds it hard to believe in the power of Touma’s right hand, until Touma happens to demonstrate that power by causing Index’s magical clothes to disappear by negating the spell that keeps the robes in place. Index can’t demonstrate much magic in response, other than to eventually recreate her robes, but she does demonstrate a great ability to throw punches.

After eating some old food that Touma gives her, Index leaves. But Touma offers to help her, and so later on Touma finds Index on the ground in front of his apartment door. Index definitely needs help, because she is unconscious and bleeding badly, but before Touma can do anything, a tall sorcerer appears and threatens Touma.

Touma Kamijou has the lowest psychic rank possible at Level 0—largely because the people testing psychic abilities cannot detect or classify his abilities. His power is Imagine Breaker, a power which negates all magic, psychic, or divine powers but also his own good luck. He tends to stay away from trouble but he is a very honorable person and will always do the right thing. In order to save Index from the need of a memory reset, he had activated her self-protection system and destroyed the spell responsible for her mind strain, but ended up losing all of his past memories, including everything about Index, when he came in contact with Feather of Light. This remains a secret to everyone except himself and the doctor that takes care of him. Even though he no longer remembers the past, his heart has not forgotten the people he cares about.

Index is a young nun from Necessarius, a branch of the Church of England. Her mind has been implanted with the 103,000 magical texts of the Index-Librorum-Prohibitorum at the cost of her own memories, or so the church authorities say. Her sorcery name is Dedicatus545. She is said to have 15% of memory space left to use in daily activities, which allows her to live normally for less than a year. However, all of this are the church’s plan to make her unable to betray, by “maintenance” her once the memory has come to its limit. When she is being invaded by outsiders or injured, her self-protection system personality, John’s pen mode, will be activated to allow her to use magic. Her self-protection system will use the Feather of Light to force a reset on Index’s own memory should a manual reset fails to be perform.

Mikoto Misaka is a psychic user of Academy City, her powers are ranked Level 5, the highest rank for the most powerful psychic users and is one of the seven people who hold this rank. Her power is to generate electricity; she is powerful enough to blackout the city, and make instant railguns by using coins as projectiles and uses her electricity to magnetically control Iron particles around her into a Chainsword whip. She has a one-sided rivalry with Touma ever since he tried to save her from a group of thugs despite the fact she did not need help and surviving her electrical shock unhurt. Since that incident, she is always trying to have a match with Touma and defeat him despite his many attempts to avoid conflict and not knowing about his special powers(she thinks his explanation of what his power is a lie and is something more) but in reality, she secretly has feelings for him.

To Aru Majutsu no Index
(とある魔術の禁書目録)
Is a Japanese light novel series written by Kazuma Kamachi and illustrated by Kiyotaka Haimura; the series is published by ASCII Media Works under their Dengeki Bunko imprint. Set in a city of scientifically advanced superhuman students, but in a world where magic is also real. Touma Kamijo’s right hand, the Imagine Breaker, will negate all magic, psychic, or divine powers, as well as his own luck. One day he finds a young girl hanging on his balcony railing. She turns out to be a nun from the Church of England, and her mind has been implanted with the Index Librorum Prohibitorum—all the magical texts the Church has removed from circulation. The series was made into an anime and premiered on October 4, 2008.
OP
S1. “PSI-missing” ~ Mami Kawada
ED
S1. “Rimless ~Fuchinashi no Sekai~” ~ IKU
WEB