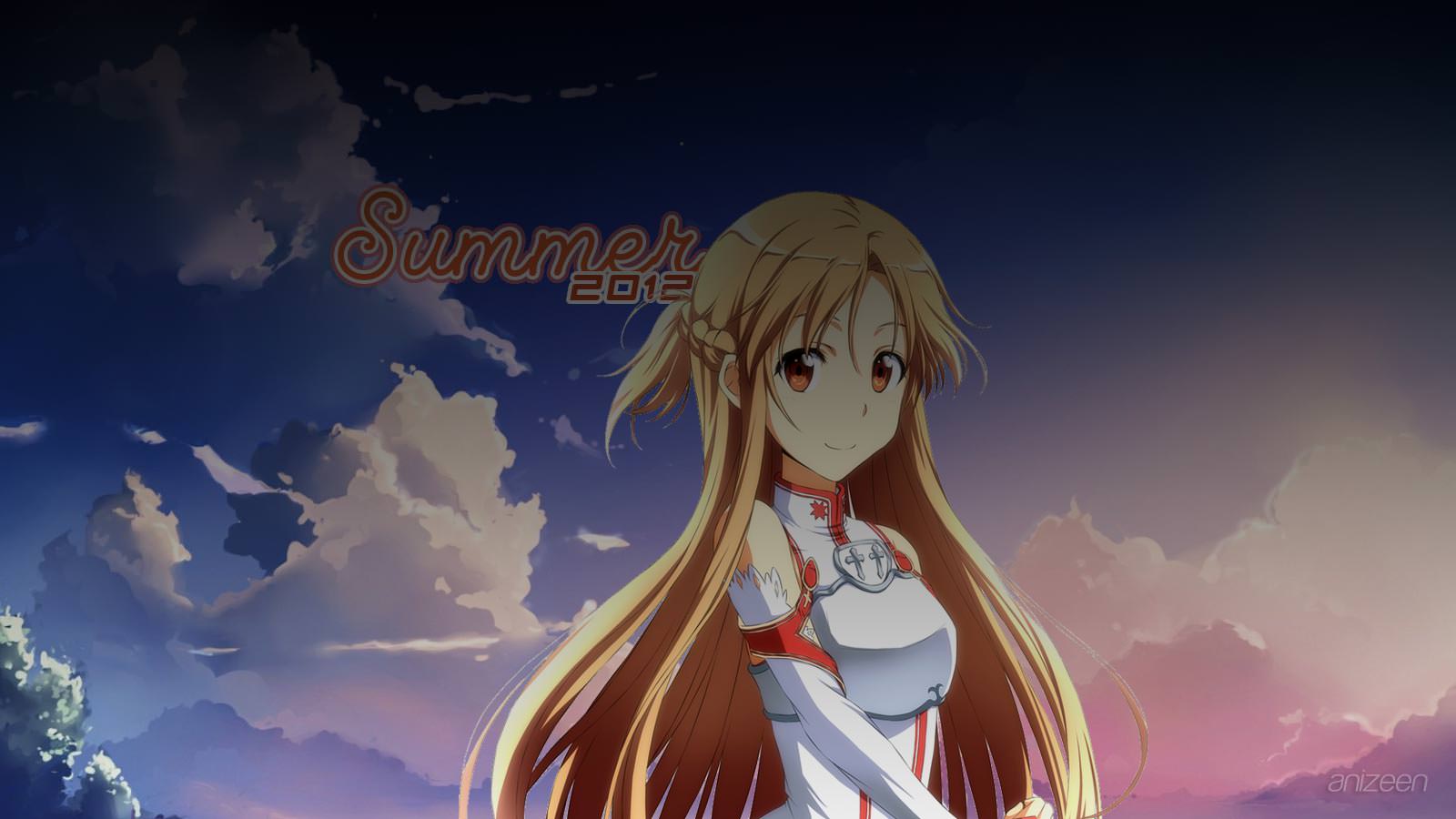 The Summer season is about to begin, without any notice, three months have passed away and we are ready to pick up some new anime series to follow. For many, it is a good time to rest and watch tons of series. If so, what a great summer you’ll have!

Later this month, Sword Art Online kicks off with an episode preview, there, a really good programmer will find himself immerse in a virtual world. A lot of action will come along, and if he wants to return to the real world, he will have to clear up the game, however, if he does that the player can lose his life.

Then, in Arcana Famiglia, a strange organization with mysterious powers will protect a small Mediterranean island from pirates, foreign countries, and other threats. The only daughter of the family’s Papa, Felicita, will be married to the next head of the family, and there comes the fun, the successor will be decided in a competition.

If you prefer nice looking characters. Tari Tari and Kokoro Connect were able to caught my attention at first glance. In the first one, some high school girls are too young to be called adults, but they don’t think of themselves as children anymore, so, the grown-up dilemma takes place. Meanwhile, Kokoro Connect will deal with different kind of troubles, when members of male and female clubs switch bodies.

Another anime that looks interesting is Jinrui wa Suitai Shimashita, here, mankind is no longer controlling the world, actually, they are about to become history. Earth has become the realm for fairies who love sweets. In order to live together, humans and fairies have to deal and negotiate, to do it they need the help of a girl who picked up to be an international arbitrator, without noticing that the job is really difficult.

In Dakara Boku wa, H ga Dekinai, a boy who thinks women are precious and that they must be treasured will offer his help to a mysterious girl. Unfortunately for him, he won’t imagine that this girl will stab him in the chest and leave him there to die. What will happen?

And how about returning back in time with Oda Nobuna no Yabou, where a high school buy lands in the the Sengoku period, where all the major Samurai lords are cute girls. Déjà vu?

In terms of returning series, you’ll get new episodes for series such as: Rinne no Lagrange, Dog Days, Yuru Yuri, Hakuouki or Kyoukaisen-jou no Horizon.

And it is summertime; you’d expect to see a lot of movies during these upcoming weeks. As usual, Pokémon comes with a new featured presentation with Gekijouban Pocket Monsters: Best Wishes – Kyurem vs Seikenshi Keldeo. If you like ‘mimiko’, Ookami Kodomo no Ame to Yuki will give you a heartwarming message about the love between parents and children.

More films that might be fun to watch are Guskou Budori no Denki (2012); Mahou Shoujo Lyrical Nanoha The Movie 2nd A`s or Naruto the Movie: Road to Ninja.

Don’t get toasted! Block the sun and have fun!