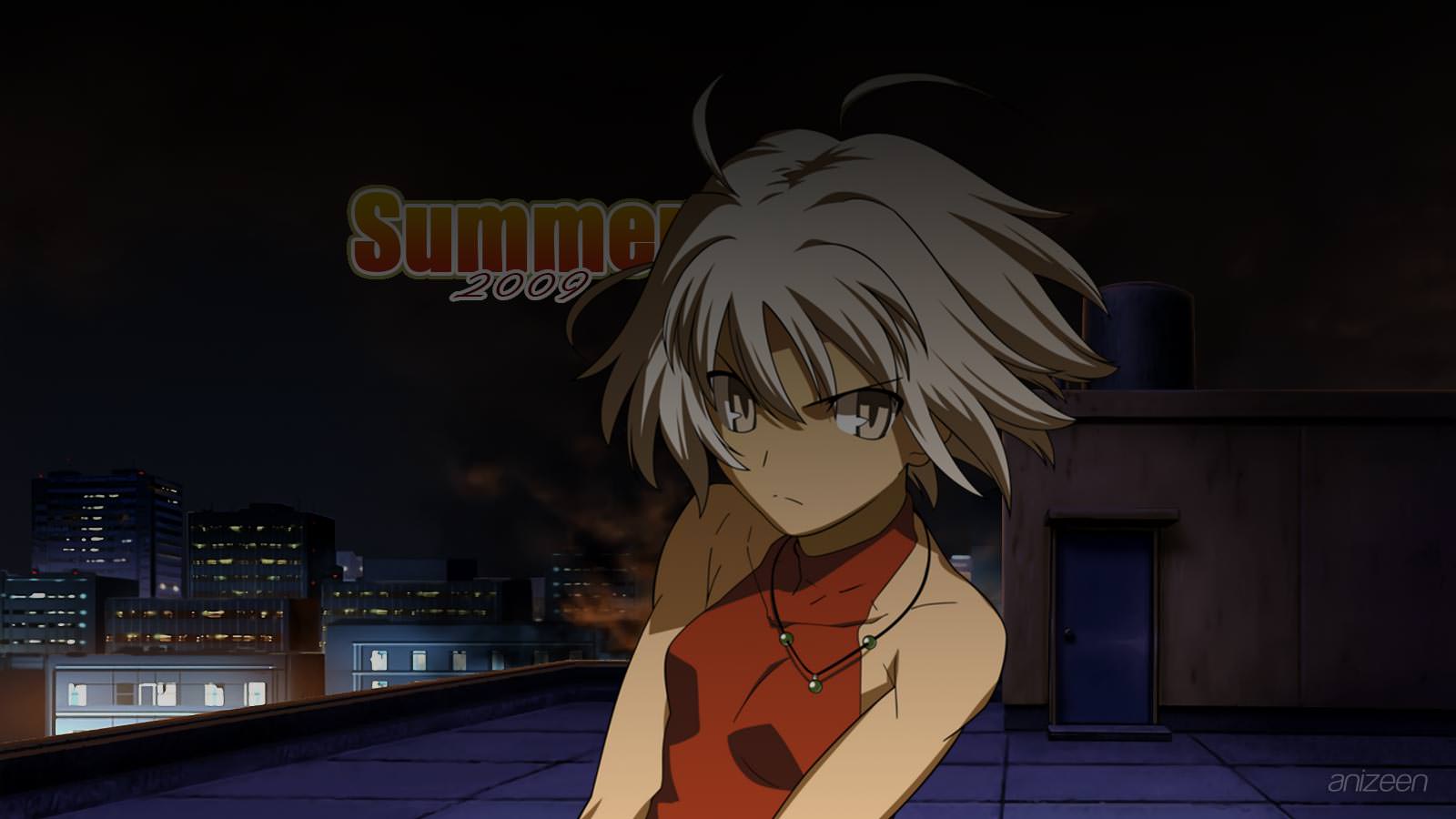 Summer time once more. As usual, it is charged with anime series, and several movies. The new season starts with a mermaid fantasy in Umi Monogatari, and finally, Fight! Ippatsu Juuden-chan is aired, this was expected last season, instead, it will startthe new season.

Then, you can expect an interesting dorama in Aoi Hana and the long awaited Evangelion 2.0 movie. Also, a long awaited series with mistery is Umineko no Naku Koro ni, and Saint Seiya: The Lost Canvas – Meiou Shinwa, a travel to the past of this epic zaga.

Expect some fun with series like Bakemonogatari, a fantasy comedy with an ecchi touch. This seems to be a futuristic summer, stay in touch with the Needless survivors, the armed and dangerous girl in Canaan, a videogame adaptation.

But that’s not everything, several series get new seasons or OVA specials. First, Ookami to Koushinryou 2, and it’s economic view of the world, then extra crazyness with Zan Sayonara Zetsubou Sensei, or the not so historical Hetalia Axis Powers 2, and if you asked for “pantsu”, you got it, in Princess Lover, AiKA ZERO or To-LOVE-Ru.

If you thought this summer had no “moe” spirit within, you are wrong! Kanamemo seems to have some of it for those otaku out there, and what to say about Kowarekake no Orgol or the beginning of Kodomo no Jikan OVA.

If that’s not enough, you might want to wait for Gekijouban Naruto Shippuuden: Hi no Ishi o Tsugumono, Pocket Monsters Diamond & Pearl the Movie or Hottarake no Shima: Haruka to Mahou no Kagami. I don’t think they will be at a theater near you, but hopefully they will be available through one of your favorite fansub groups.