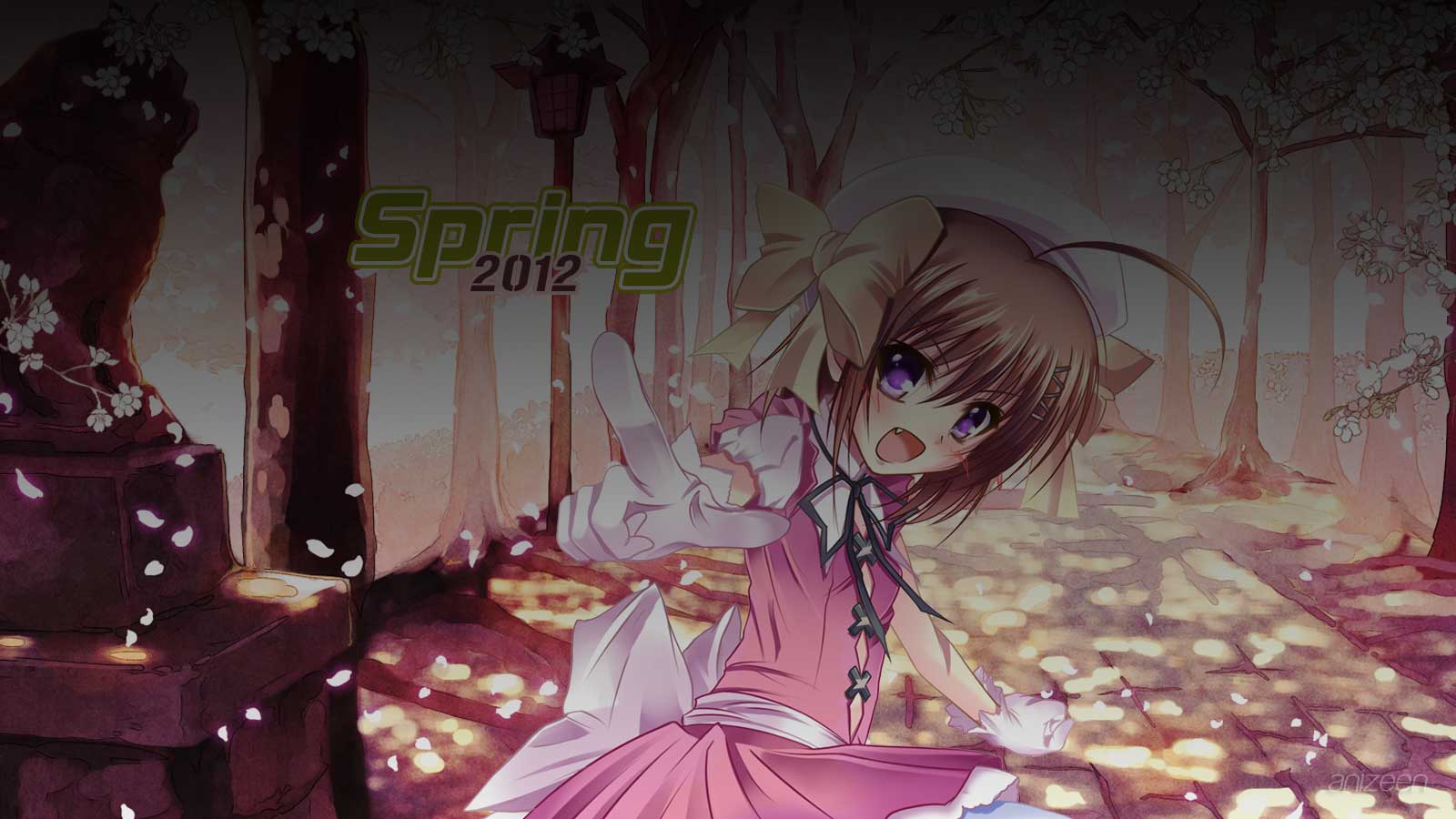 The Winter Season went really fast -again- this year, and we are ready to go on with the Spring Anime Season. This time, it is loaded with new series and as usual, some sequels won the right to continue on air.

Action and Fantasy seems to have an important role, we can see that Fate/Zero has become a favorite. Also, new shows like Medaka Box, where the new Student Council President decides to establish a box where students will be able submit their daily problems. Or Zetman, where a kid with an angel mark on his hand will see how his peaceful life crumbles as a monster appears to kill everyone in front of him.

Accel World will show you how a middle school student sees his life changing after he meets a beautiful girl and together they discover a virtual world. Also, Shining Hearts: Shiawase no Pan, a long awaited anime adaptation from a SEGA video game will make you travel to Wyndaria, an island where pirates are gathering in search of a special spirit stone.

But if you really want an anime classic comeback, you have plenty of it this Spring. Saint Saiya will return after 23 years with Saint Seiya Omega. Also, a lot is expected from Uchuu Senkan Yamato 2199 TV, an oldie series with a lot to tell. And if that’s not enough, a lot of fans around the world will enjoy Lupin the Third: Mine Fujiko to Iu Onna.

If you prefer light comedies, romance or ecchi, you will have some shows to follow. Somehow, it seems that this season has the right anime for your particular taste. A good example is Acchi Kocchi, it will show you the romance story between two young high school students with very unlike personalities. Also, in Sakamichi no Apollon you will see a young boy that transfers into a new school, there he will meet some boys with a particular love for jazz music.

Now, if you need something a bit different, maybe Sankarea will be interesting, here, a boy obsessed with zombies decides to bring back to life his dead cat using an old occult book. But as he is making his spell, a girl approaches wishing she could die and reborn as someone else.

Hyouka also seems appealing, here, a high school boy, who just joined the classic literature club, will try to solve a 33 years old mystery buried in a collection of works from the former members of the club. Meanwhile, in Tasogare Otome x Amnesia a freshman student, is able to see the ghost form of a woman who was left to die in the former building of school. And if you want an intriguing series, maybe Nazo no Kanojo, Jormungand, Haiyore! Nyaruko-san, Koi to Senkyo to Chocolate.

Finally, for those sports fans, maybe you’ll enjoy following the basketball anime Kuroko no Baske, or how about a soccer anime in Ginga e Kickoff! And if you love idols and music, then AKB0048 and Pretty Rhythm: Dear My Future will be your delight!

There is a lot to watch, enjoy this wonderful springtime!