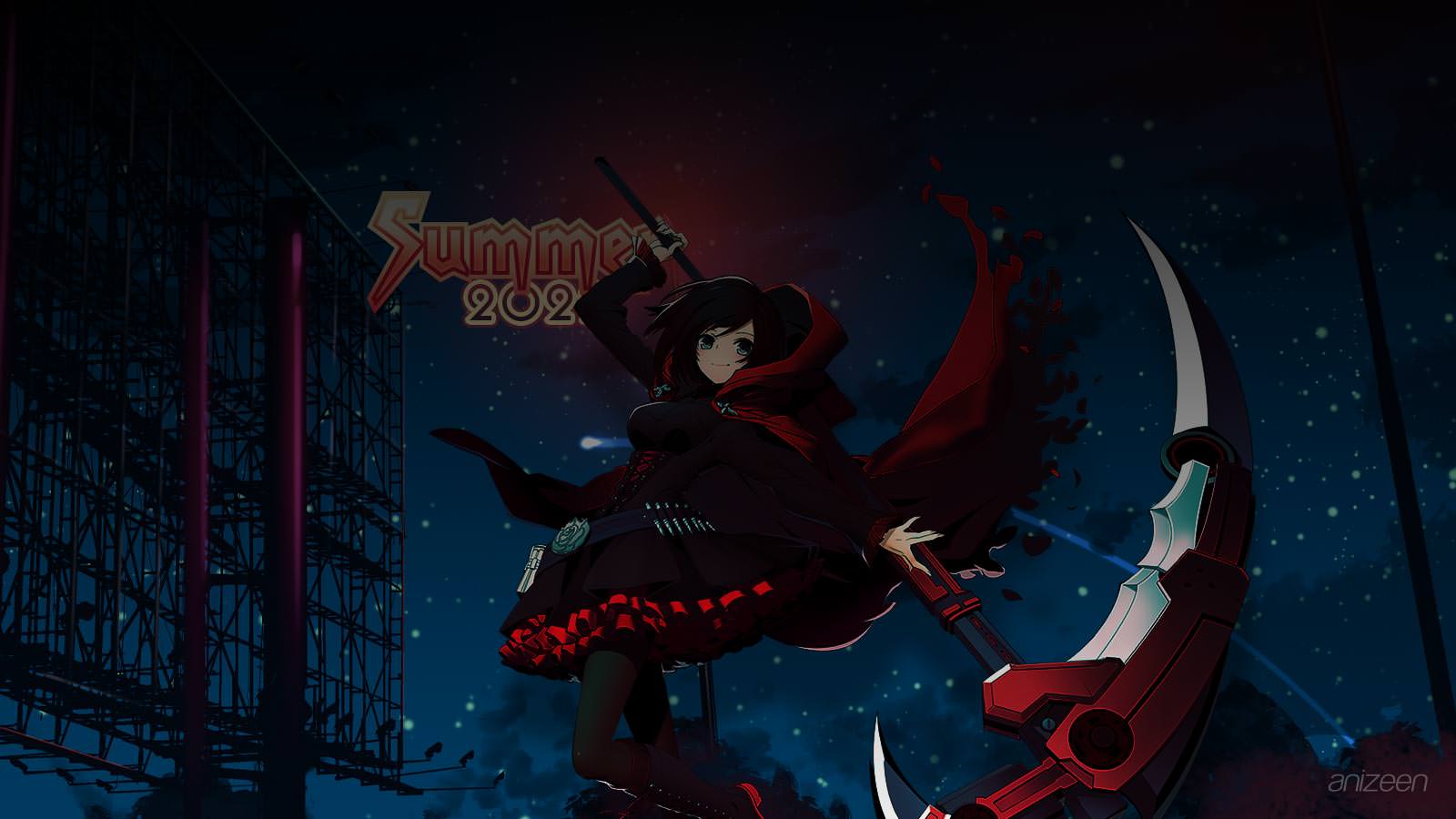 I am sure that more than one of you has felt out of place in the past two years, it seems that the world is conspiring to keep us on the tip of our toes, without a chance to relax.

Meanwhile, life goes on and the Summer Anime Season 2022 is about to start.

Immediately, we enter the world of Remnant, in which science, fairy tales and fearsome monsters coexist. In RWBY: Hyusetsu Teikoku, there are different groups of warriors who fight to exterminate the monsters, Creatures of Grimm, among which is the group that includes Ruby Rose, Weiss Schnee, Blake Belladonna, and Yang Xiao Long.

And if we talk about magic, it seems that Lilith is a sorceress. In Saikin Yatotta Maid ga Ayashii, Yuuri hires Lilith to do the housekeeping for him, but once in a while, Yuuri believes that she uses magic, knows every move he makes, and anticipates him every time before he can let her know what he wants.

Meanwhile, in the heart of Tokyo, we find a peculiar cafe, LycoReco, which has become famous for its drinks and sweets, but also for other special services. In Lycoris Recoil, they can make home deliveries, even late at night, and if you need it, they will help you exterminate zombies. Chisato and Takina are at the forefront, and they won’t hesitate to help you.

And if there’s anyone who needs help, it’s Shuu, a young man who runs a small business in Veyron City, a floating city. In Engage Kiss, Shuu leads a precarious life due to his poor choices in spending money. Kisara, a high school student who works part-time, and Ayano, his old girlfriend and his work colleague are very worried about him.

It’s true that money is an issue, but what if you’re about to fail your magic exam? In Kinsou no Vermeil: Gakeppuchi Majutsushi wa Saikyou no Yakusai to Mahou Sekai o Tsukisusumu, Alto is a student in trouble, if he doesn’t perform his summoning spell, he could fail and stay a year behind. One day, he finds a strange magic book, and by following the instructions, he ends up freeing Vermei, a powerful demon. From that moment on, she becomes his familiar, and when she needs energy, she doesn’t hesitate to take it from Alto’s lips.

Back in our world, for a few moments, we meet Yuuji who works in a company that treats its employees like trash. In Tensei Kenja no Isekai Life: Daini no Shokugyou o Ete, Sekai Saikyou ni Narimashita, one day he receives a message in his PC, telling him that he has been summoned to an alternate world. Thus, he begins his adventure, in which he will tame beasts and awaken unimaginable powers.

Worlds come and they go, and Michio leaves ours by surfing the Internet and entering a strange site. In Isekai Meikyuu de Harem o, Michio is reborn as a new man, with the chance of being the most powerful. However, he does not aspire for greatness, but to obtain wealth and form his own harem.

Out of one of these worlds, Takafumi’s uncle wakes up, he has been into a coma for the last 17 years. In Isekai Ojisan, during those years, Ojisan was transported to an alternate world, in which he was considered a legendary hero. Now, Takafumi must share his days with a guy who is passionate about video games, but is completely ignorant of the technological advances of our days.

Meanwhile, before finishing high school, Mizuto and Yume end their romantic relationship. In Mamahaha no Tsurego ga Motokano Datta, they both think they got rid of each other, however, just before they start high school, their parents inform them that they have decided to get married. Now, they must behave like stepbrothers and impose limits on their lives.

Meanwhile, Ayumu, also a first-year high school student, has sworn to confess his feelings to Urushi, one year older than him. In Soredemo Ayumu wa Yosetekuru, they are both members of the shogi club, and he decides that the day he defeats her will be the day he declares his love for her. However, it won’t be easy, Ayumu is a rookie and she always beats him. Meanwhile, Urushi enjoys her days tormenting Ayumu.

And when it comes to dangerous relationships, Kou decides to walk alone at night and meets Nazuna. In Yofukashi no Uta, she doesn’t hesitate to invite Kou to spend the night together. Only, upon waking up, Kou realizes that he has more than kisses on his neck. From that moment on, they share the nights between adventures, conversations and blood. At least until the day one of Kou’s friends begins to compete for his attention.

If you need something more supernatural, how about a talking lizard? In Hoshi no Samidare, Yuuhi is an average college student, but one day he wakes up to find a huge hammer traveling through space and it is on a collision course with the earth. The story is already absurd, and being told by a lizard makes it even more incredible. And it is true that Yuuhi tries to escape, however, a powerful princess will not allow him to return to his mediocre life.

Outside of our world again, we meet Falma de Medicis, who used to be a scientist and pharmacologist. In Isekai Yakkyoku, now he lives in a medieval world, with abilities to see and cure the diseases that affect this society. And in a time when medical practices are not great, he immediately draws attention, and is even recognized by the emperor. Now, he just opened his pharmacy.

Finally, we return home, where Yayoi, an amateur comedienne is going to start high school with the ambition to pursue that career. In Teppen !!!!!!!!!!!!!!!!, to her good fortune, she reunites with an old friend and associate, Yomogi, with whom she used to form a comic duet when they were children. Now they aspire to enter a local contest and begin to practice their routine.

As for new films, some stand out, such as: One Piece Film: Red, Eiga Yuru Camp, Gekijouban Sword Art Online the Movie: Progressive – Kuraki Yuuyami no Scherzo, Natsu e no Tunnel, Sayonara no Deguchi and Ame o Tsugeru Hyouryuu Danchi.

I wish you find a little peace of mind these days.