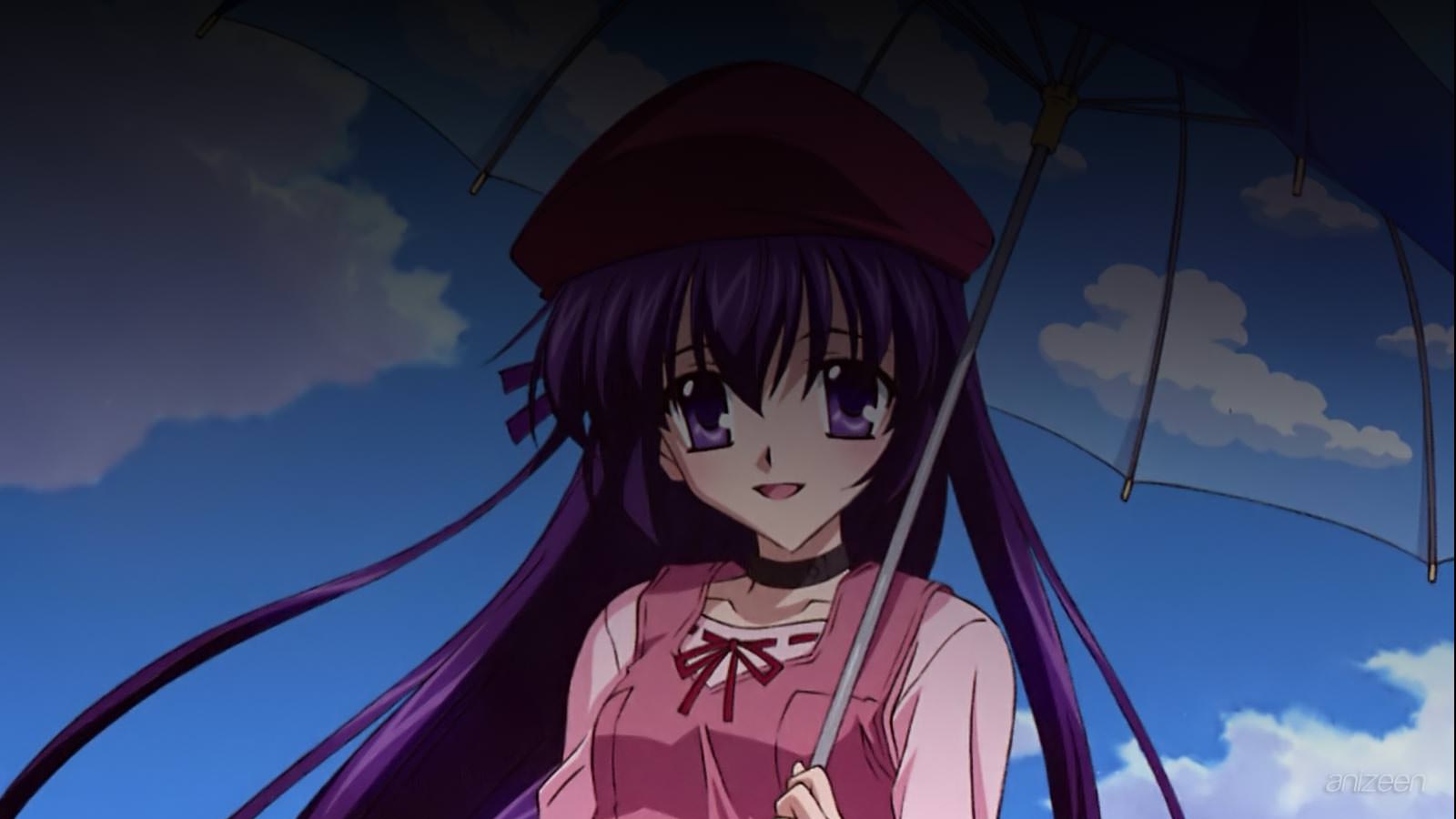 Sola’s story revolves around Yorito Morimiya, who is a young boy attending high school. He loves taking pictures of the sky at any time of day and any time of the year.

One day, Yorito decides to take a picture of the sunrise overlooking the bay, but is deterred when he meets a strange girl trying to force a vending machine that stole her money to give her what she tried to buy — a can of tomato soup. Yorito helps her with forcing the machine while attempting to strike up conversation with her, despite it being four in the morning. Yorito tells her why he is here, but by the time he has forced the can out of the machine, the girl has mysteriously vanished.

The next day, Yorito goes to visit his older sister Aono in the hospital with his friend Mana and Mana’s little sister Koyori. Despite it being Aono’s birthday, Yorito leaves soon after to take a photograph of the setting sun near an old church on the roof of the hospital.

That night, Yorito leaves to buy groceries when it begins to rain and stops on the way home to wait for the rain to stop; while waiting, he runs into the strange girl he met from yesterday again.

They talk longer this time and Yorito finally learns her name — Matsuri Shihou. A few days later, Yorito goes looking for the girl in the old church and finds a man wielding a sword before Matsuri.

After a display of Matsuri’s astounding powers, Yorito discovers she is not human but in in fact what is known as a “Woe of the Night” (夜の災い, Yoru no Wazawai?) who has lived for centuries. She is being chased by Takeshi who intends to kill her, but Yorito tries to protect her by bringing her back to his home which is when Yorito asks her to stay with him for the time being.

Yorito Morimiya, is the main protagonist of Sola. He enjoys taking photographs of the sky and will go out of his way to do so. He meets Matsuri Shihou early on in the story and finds out she is not human and is being chased by a man — Takeshi Tsujido — who intends to kill her. Yorito tries to protect her by asking her if she would stay with him for now and she accepts.

Matsuri Shihou is a strange girl Yorito met early on in the story. She is not human and is in fact what is known as a “Woe of the Night” (夜の災い, Yoru no Wazawai?), otherwise known as a Yaka. She has lived for hundreds of years and has been hunted many times before. She cannot come in contact with direct sunlight as it harms her. Matsuri does not have much common sense and will often break machines in Yorito’s house after kicking them too hard; she believes that any device can be fixed by kicking it.