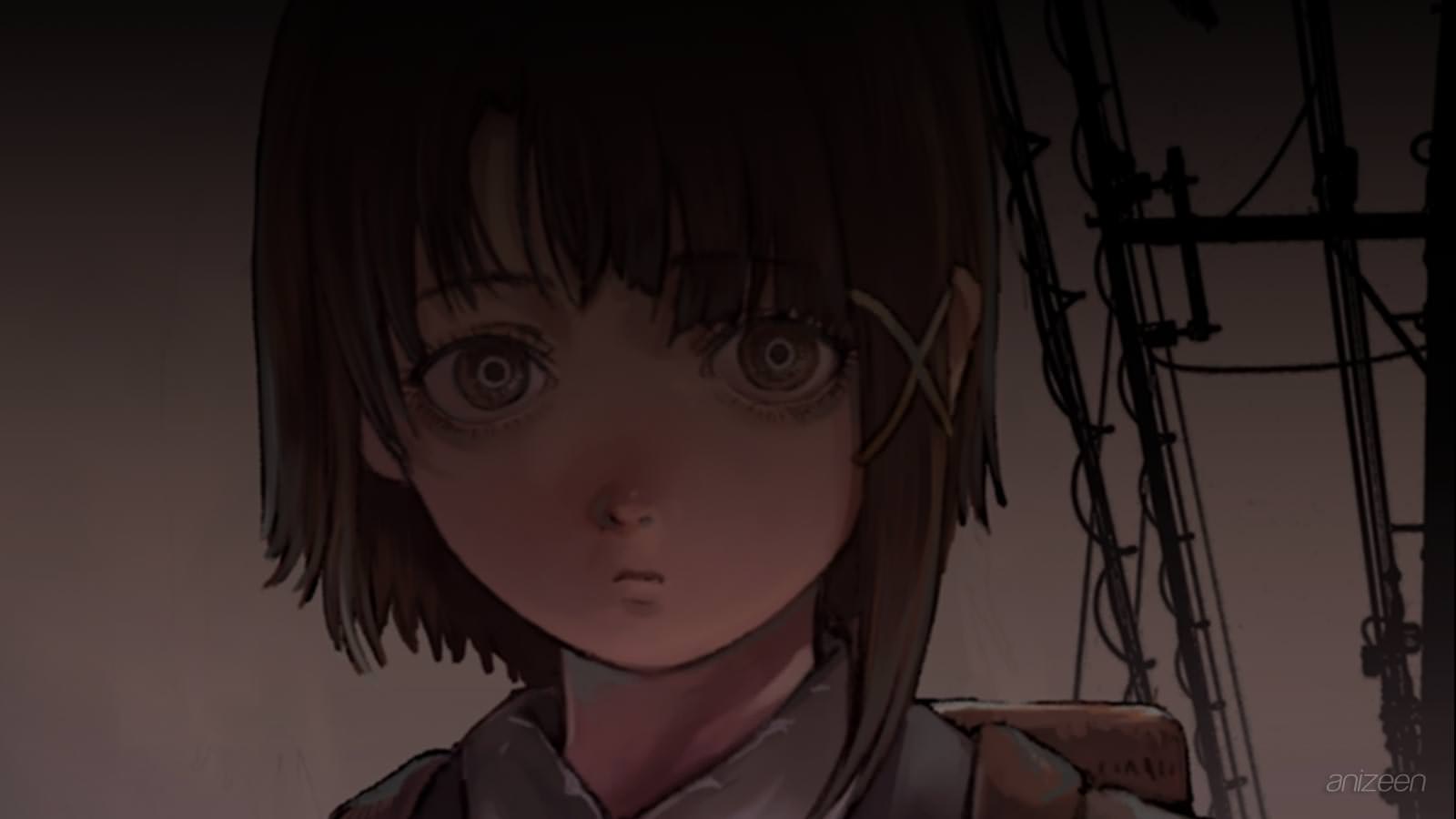 The internet is forever some might say, or in the case of Serial Experiments Lain, the Wired, is forever, whether you like it or not.

The series starts out with footage over seeing a busy downtown alleyway where Chisa Yomoda is breathing heavy steadying herself against a wall. People pass by, some laughing, others trying to deal with their own business.

Throughout the opening scene, it breaks to colorful text outlining a silent conversation occurring, possibly with Chisa Yomoda herself. The next instance, Chisa Yomoda is on top of a building then purposely falls to her death, leading to many passersbys distressed to say the least.

Then we’re introduced to our protagonist, Lain Iwakura, a shy introverted girl making her way to school in silence with nothing but the loud hum of electrical poles keeping her company. She breaks her silence on the train, asking everything to be quiet, drawing the attention of other passengers who awkward listen to her command (although it was not truly directed at them).

Which will be the next trend in anime?

At school Lain, like many in her class, gets an email from Chisa Yomoda, a now deceased classmate. Here we learn that Lain isn’t good with technology like everyone else and doesn’t keep tabs on her email. After difficulty concentrating at school, Lain returns home and ventures into her email to find the message Chisa Yomoda has sent.

“I have only given up my body” is what Chisa says as she goes on to claim that Lain doesn’t have to understand right now what she means but soon everyone will. Lain asks why she has died in which Chisa replies, “God is here.”

From this point on Lain delves deeper into the world of the Wired, asking her father for a new computer (or Navi as they call it) and having numerous odd visions and experiences calling her into it, practically begging her to unravel the mystery of what it all means.